I’m back at school, straddlers! And ready for another semester and another round of ass-kicking.

Christmas break was absolutely wonderful—I got to spend inordinate amounts of time with my girlfriend and my family, including my mother’s side of the family, whose annual Christmas party has been affectionately nicknamed the “drunk Christmas party.” We give cases of beer and lottery tickets as gifts, and every year instead of a nice dinner we have a pig pickin’. I’m not kidding. A whole pig goes on the barbecue, and my relatives stand around and fight over who gets to eat the ribs. This year, I’m proud to say, I finally got ribs—and so did Rachel, who can suck a rib bone surprisingly dry for a British girl. We had a great time, no one cared that she’s my girlfriend (tolerance in North Carolina! Amazing), and all of my relatives have turned into the cast of Duck Dynasty. 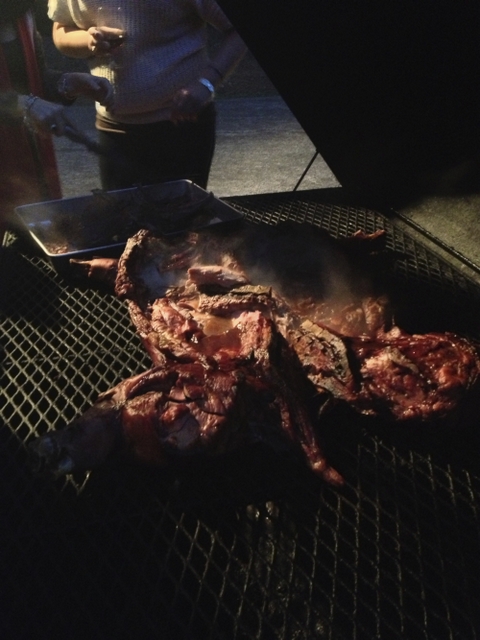 Yes, that is an entire pig.

For Christmas, I got some really, really wonderful gifts, including a little teapot with a built-in infuser, owl-shaped bookends, a bike for getting around campus, and best of all, permission to have a private room on campus next year. I’m completely stoked and already ready for next fall to get here.

The rest of my winter break was great, if uneventful. I spent New Year’s with Rachel and got kissed at midnight for the first time, saw Les Miserables twice and cried my heart out both times, went on a spontaneous date to see Seven Psychopaths (which was absolutely amazing), and am now in bed catching up on the absolutely addictive Downton Abbey. This semester’s going to be busy but great, and I’m definitely looking forward to it. 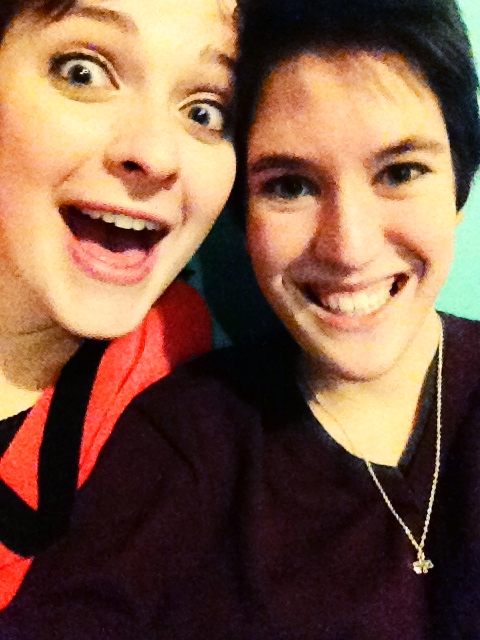 I walked into the tattoo studio, confident that I was just there for my friend who was getting her third tattoo. But forty-five minutes after our arrival I was lying on a chair getting my first tattoo. I had thought about getting a tattoo after the new year, but the idea was never solid until the very moment in the studio when my friend asked “do you want to get yours now?” Initially, I wanted to ask the artist if he could come up with a little sketch of a simple idea I had in mind so that I could come back some other time after some thought, but his sketch was spot-on and I knew it was only a matter of time before I would get it so I took the opportunity to have it done. It’s a simple un-filled outline of a dog, Karenin, from Milan Kundera’s novel The Unbearable Lightness of Being. 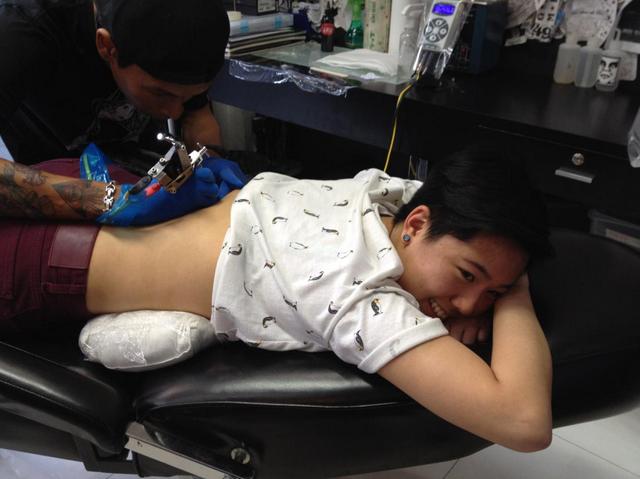 Though getting the tattoo was the most significant part of my winter break, something equally notable happened before the break started. A few days before I left for Thailand, a good friend of mine introduced me to her boss, who I had been eager to meet for a while because she seemed like an interesting person (and frankly, I thought she was incredibly attractive). I knew there was a chance we wouldn’t click because we’re involved in vastly different things; she co-owns and keeps herself busy with a waffle shop downtown and I’m a first-year student studying film. Much to my surprise and content, we hit it off the first time we hung out, talking and watching Jiro Dreams of Sushi (which I highly recommend). In short, we got to know each other quite well within a short amount of time and, knowing that I was leaving for a month, decided that it’s best if we kept in touch all the while and see where things go. And because she owns a waffle shop, I finally had the experience of being in a café after closing hours, which I’ve always wanted to do. 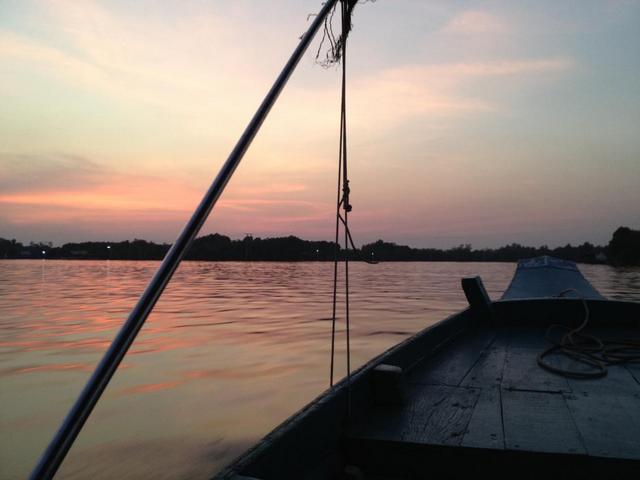 As much as I’d like to get back to Ithaca quickly, I know I will miss being in Bangkok more than I did before I left for Ithaca months ago. Being here, I got to meet and catch up with close friends from high school who had plenty to tell me about their own experiences. It’s heartwarming to know that despite the months we spend apart, we are still rooted to Bangkok and will continue to revisit the place. I also spent some time with my family, which didn’t sound like a very good idea to me initially, but worked out fine. We took a road trip to the northern part of Thailand, a place my mom was excited to visit. Above is a photo I took from a boat ride I had with my mom. The sun was setting right then and it was beautiful. 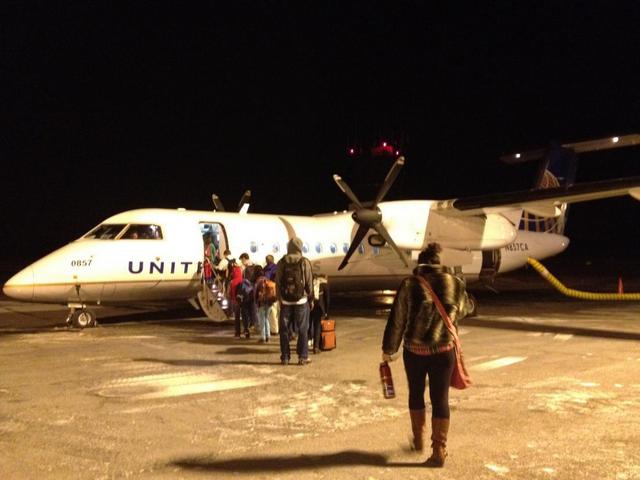 Currently, I’m recovering from a severe cold that I hope goes away in time for my flight back to Ithaca! Cheers.

I procrastinated terribly and did not start studying until three days before exam week began. Then, I spent the last three days before I left writing papers that I had saved for the last minute and having adventures with my friends. Continuing with the theme of procrastination, I failed to pack until forty-five minutes before I left campus. But it all worked out! I remembered to pack socks and all of the relevant chargers. For Christmas, I visited my Dad in Texas and got to spend time with my half-sisters. 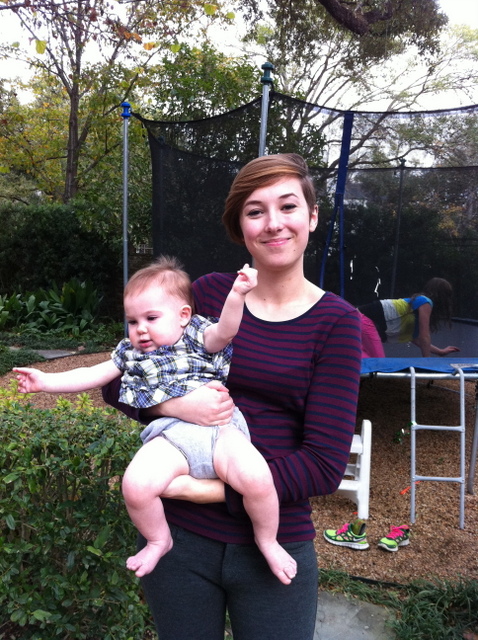 Currently, I am back in Phoenix. Home is a weird in-between; I’ve gotten used to living on my own and having a lot of freedom. It’s a false freedom though—I’m still wholly dependent on my parents. Being back in Phoenix makes me feel like a high school student again. I’m tiptoeing around, trying to decide whether I should revert and ask permission to go hang out with friends, or assert my independence and just leave the house when I want to. That felt rude, so I asked before going to go see Les Miserables (which, by the way, made me bawl like a child).

We also have a new puppy! Her name is Daisy. 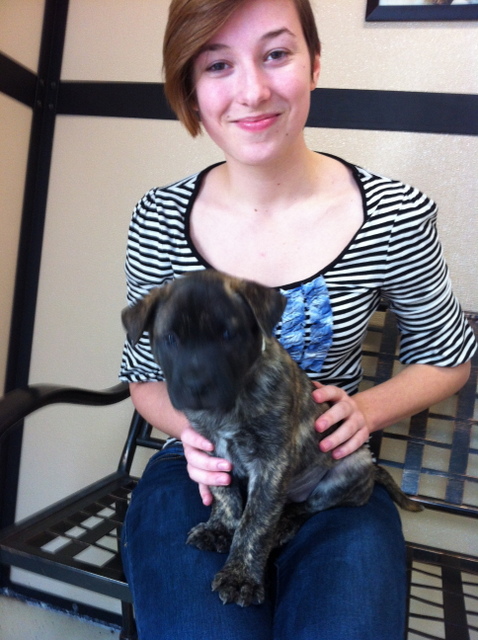 She was deceptively laid back in the shelter and even fell asleep in my lap as we tried to figure out what to name her. Currently she’s sprinting back and forth in the living room, biting everything she can get her teeth on. We’ve started training her; at eight weeks old, she knows how to ring a bell to go outside and how to sit. We’re working hard to keep her from biting people, but fingers make really great chew toys for a teething puppy. And let me tell you, it’s not cute. She’s an amazingly strong pit bull who will only get stronger. Learning not to bite everything in sight is imperative.

Something else that bucks the norm: I am sleeping on the sofa. My girlfriend, who is here for the week, currently occupies my bed. (We’re pretending that we never share a bed back at Wellesley.) We’ve spent each day outside doing something active, and each evening crafting. I’m working on a cross-stitch for my dorm wall that reads “Homo Sweet Homo”. My next project is another cross-stitch for my door, which will read “Itty Bitty Kitty Committee”. My girlfriend just finished crocheting me a tiny hippo and is now knitting a neck warmer. We’ve baked cookies, walked around my neighborhood, played tennis and watched a few movies. She makes me feel very, very domestic. Today Phoenix was upwards of sixty degrees, so we hiked the Gateway Loop, holding hands the whole way. It’s 4.4 miles, and at the highest point, you can see across the valley. 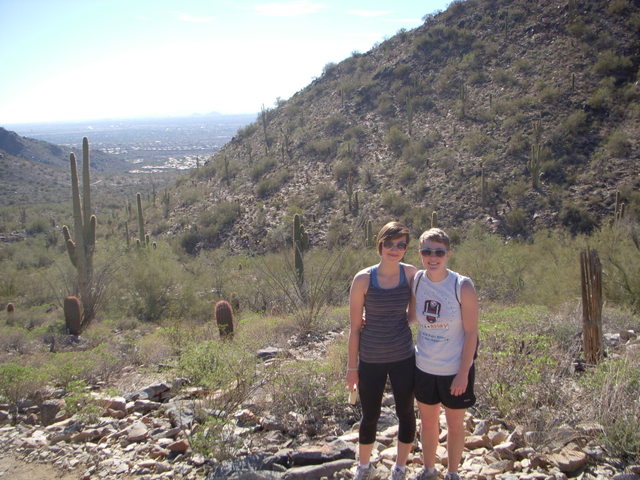 I’m looking forward to getting back to campus. As much as I love this summery weather, it’s January. I want to be frolicking in the snow and cuddling with my friends, who I sorely miss.