Cecily McMillan, recently convicted of assaulting a police officer after she elbowed him when he sexually assaulted her at an Occupy Wall Street protest, was sentenced today to 90 days in prison and five years probation.

Yes, McMillan got far less time than the seven years she could have faced. But any time in prison for this act which was clearly self-defense is completely unjust. Furthermore, Cecily’s five years of probation, though it will let her live outside prison, is still a highly restrictive and stressful way to live. This case is a clear demonstration of how the criminal justice system is systematically shutting down people’s right to protest and to hold state law enforcement accountable. 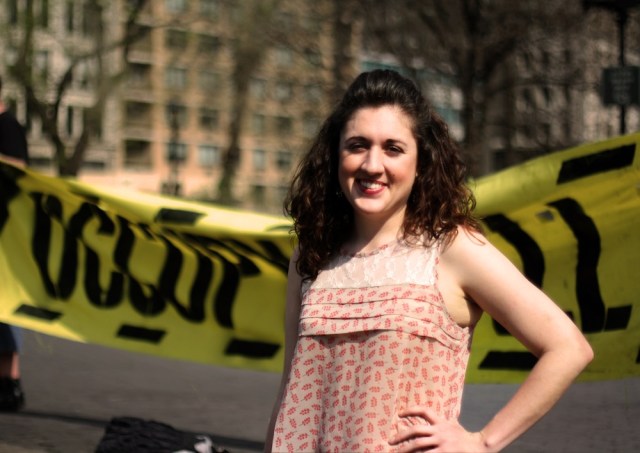 Even though McMillan’s sentencing is unjust, her case shouldn’t be looked at as an unusually brutal act of the criminal justice system. If anything, the leniency of her sentencing should be looked at as an exception, one that comes as a result of pressure on the court from the press surrounding McMillan’s trial. McMillan had the public eye on her case, and nine of her twelve jurors, city council members, Pussy Riot and the force of #JusticeForCecily calling for her leniency in sentencing. McMillan noted, in a statement from Rikers Island Prison,

“I become painfully aware of how privileged I am despite what is supposed to be the great equalizing suffering of the prison experience.

Unlike my peers, I have a hell of a lawyer—Marty Stolar—who made the long journey to hold my hand and promise ‘I will not stop ﬁghting for you.’ I also have a gifted team of friends and organizers—#Justice4Cecily—that continues to provide around-the-clock care and mobilize public support.”

McMillan is one among many who have been punished for attempting to defend themselves against violence, a further example of a justice system silencing public efforts to protest the state while allowing police violence to continue without consequence.