Before Ellen Degeneres’ spectacular fall from grace, she released a much-hyped Netflix comedy special in which she wondered, for an entire hour: Can I be your relatable daytime dancing buddy, even though I’m now richer than the devil? The answer, though she didn’t realize it at the time, was a resounding no. No, you can’t foster a culture of racism and harassment. No, you can’t bully and mock your employees and guests on live TV. No, you can’t send a solid gold baby carriage to Donald Trump. No, you can’t pal around with homophobic war criminal George W. Bush. No, you can’t do any of those rich people things and expect to still be held high in our esteem. No one was more shocked by that answer than Ellen herself, who never managed to release anything resembling a heartfelt apology.

In her new Oscar-buzzy film, Tár, Cate Blanchett plays fictional lesbian conductor and composer Lydia Tár — but she may as well be playing a cringing and canceled Ellen, or a hateful and canceled J.K. Rowling, or any number of baffled rich cis white women who are staring down accountability with a scowl and a: “But… but… but… I, too, have been a victim! And I have made a lot of art you love!”

Tár introduces us to its protagonist with a Wikiepdia entry and then an interview with real life New Yorker writer Adam Gopnik, in which he lists her accomplishments with an almost comical flourish. What you need to know is that in the world of the ultra-wealthy — the people who attend the opera and the symphony on the regular, fly around in private jets, and pronounce “croissant” like “kruh-swaaan” — Lydia Tár is a legend. A maestro. She’s an EGOT! Every coat and suit and shirt she wears looks like it was tailored at god’s own personal atelier! When she speaks, or walks on stage, or even just flicks her conductor’s baton, everyone shuts up and listens! And when we meet Lydia, her star is still on the rise — until she receives an anonymous copy of a Vita Sackville-West book, which she rips to shreds, a metaphor for the unraveling that’s about to take place in her own life. 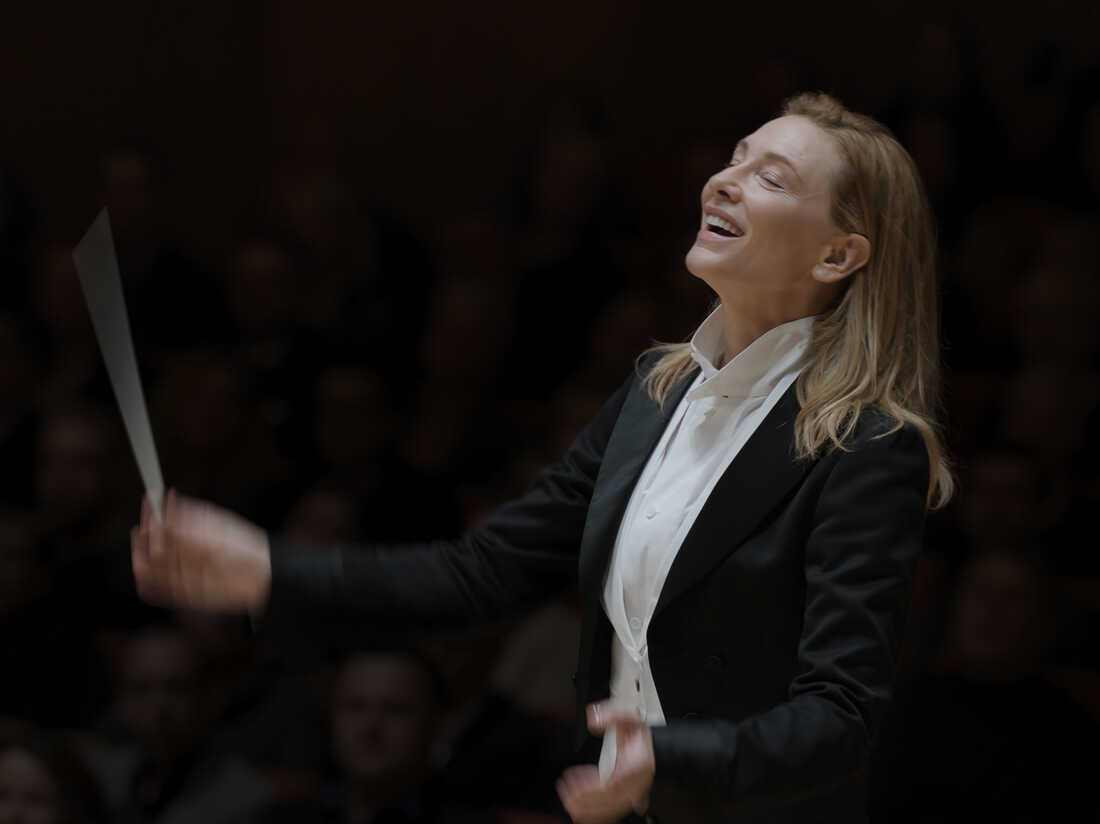 Because esteemed married lesbian Lydia Tár is also a hush-hush lesbian predator who has been seducing young women who’ve wanted a place in her orchestras for years and years. She uses her power and influence and position to get them into bed, and if anyone questions her tactics, she scoffs and points out that she looks like Cate Blanchett; what lesbian wouldn’t willingly hop right into her sheets? And anyway, she’s a woman. A lesbian woman. She has faced endless sexism and homophobia in her life and career. How can she be a predator? Todd Field, who came out of a near 20-year directorial silence to make this movie for some reason, seems to agree with Lydia’s argument. Over the course of the film, other momentos from Lydia’s past keep popping up, and she begins hearing things, bolting awake from terrible nightmares, hallucinating, paranoia upon paranoia. Is that tick-tick-tick a metronome? A clock? A bomb? All three?

The main problem with Tár isn’t that it’s messy-weird in some places and stock footage pedestrian in others, or that it paints us peasants as hopeless cretins, or even that it wants to splash around in the #MeToo conversation without committing to getting wet; it’s that Field views identity politics as a zero-sum game that seeks to destroy true art. He seems to think he’s asking big questions about who is really a victim, and who is really a bad guy, and whether or not auteur theory holds here in this brave new world — but it’s way too reductive for all that. The same conducting student who says they can’t take Bach seriously because he was a misogynist also identifies, out loud, as “a BIPOC pangender person.” Fields is intent on mocking any real critics of his or Lydia’s opinion on artistic geniuses. He even refuses to bring them into focus, literally. Their faces are blurred; we can’t tell if Lydia is remembering misdeeds or tripping over her own fears; and we never see the perspective of the women Lydia has seduced and discarded. Tár is rooted firmly in Lydia’s perspective, intent on preserving her legacy above all else.

Look, if you want Cate Blanchett to punch you in the face and run over you with her bicycle, that’s absolutely fine — but revisiting Carol or even Ocean’s 8 is a better way to live out that fantasy.