Hello and happy Friday afternoon, my friends. I’m still not caught up on Person of Interest, but I promise I will force myself to finish it this weekend so we can talk about it on Monday. In the meantime, a super huge mega thing happened on Orphan Black last night and I want to holler about that for a little while! The only other big thing that has happened since Tuesday’s Boob(s On Your) Tube is that Pretty Little Liars announced Paige McCullers will be back for season seven! 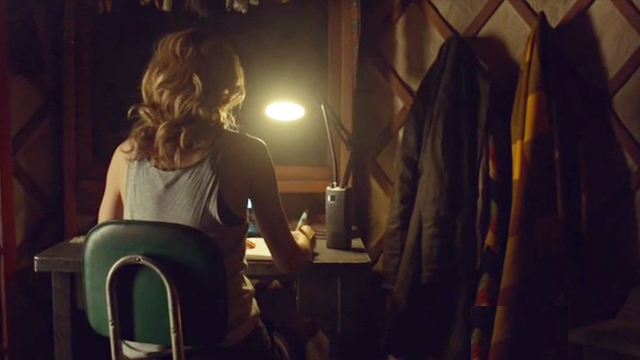 This has been the best season of Orphan Black since the original one, in large part because the writers have finally realized we’re really, really willing to suspend our disbelief so there’s no need to zig-zag around at lightspeed with storylines and constantly shifting big bads to keep us from having time to think about how the science on this show is absurd. It’s always been absurd! We’ve never cared! Season four has been digging deeper into the Leda clones and examining more and more of who they are and why they do what they do, and it’s been a joy to experience. Also a joy is the fact that the Castor clones are no longer relevant outside of Ira being a vanilla lackey, and Paul is gone, and so really honestly it’s just women doing it for themselves and for each other. And Felix, too, of course. Brother-sestra forever.

The best joy, though — the super number one top mega joy — of this season is that DELPHINE CORMIER IS ALIVE. She told us not to be scared. She promised us she would never leave us. And it was true! “The Mitigation of Competition” ends in a shack in the woods (presumably on the island where Cosima is working with Susan Duncan right this very minute). Delphine is listening to some French music and doing some calculations and science things at a table with a desk lamp. She’s working to save those sestras, just like she promised Cosima she would do. Getting shot in the chest did not stop her, no it did not! Maybe she even faked her own death!

My friend Valerie and I watched this episode together last night and she guessed almost immediately after it was over that Delphine has one real eyeball and one Rachel Duncan-style eyeball and she’s communicating with her on purpose with it. I mean, immediately after we both leapt up from the couch and danced around and high-fived and hugged and both nearly fainted dead away. 2016 has been a horrible TV season! Delphine’s resurrection felt almost too good to be true! Actually, no. It felt like something we deserved, goddammit.

There’s going to be so much to cover in next week’s finale.

Krystal’s memories of what happened to Delphine, for starters. And somehow Rachel’s going to have to get back to the island to figure out how to literally chop the head off of Neolution like Delphine’s been figuratively showing her how to do with their robotic eyeball connection. Cosima and Charlotte have to get away from Susan and also get cured; they’re both fading pretty fast, it seems like. We’ve got to put Evie Cho and Brightborn to bed, which shouldn’t be too hard since Rachel has basically delivered her to the Feds wrapped in a bow. And Lord, the dead bodies Helena and the Hendrixes are going to have to bury and clean up after. That house is a perpetual snuff film these days!

Speaking of which, did you notice Orphan Black hadn’t played Helena’s trademark skreee-skronk music all season until she fired that arrow through that Neolution guy’s skull? I loved Ali’s face when she looked over and saw Helena standing there in her beaver-trapper outfit with longbow in her hand. Just like of course.

Orphan Black is the only show on TV that consistently flips the gender paradigm on its head. It’s always the women, the mothers, who are the ones doing the saving. Helena is about twenty months pregnant, making sure Felix doesn’t need to be rescued and then assuming (correctly) that Donnie and Alison do.

“You are safe?” With Helena and Delphine around, we always will be.

I am eager to hear your thoughts and feelings about Delphine and what the heck you think is going to go down in next week’s finale.