I almost didn’t watch Birds of Paradise because the press releases kept calling it a “tragic lesbian love story” and “French” and also saying things like “école de danse” — and I don’t know what that last thing means, but if I want to watch something tragically lesbian and French it’s going to be Portrait of a Lady on Fire for the twentieth time. I’ve been burnt like one too many plates of spaghetti in Blue Is the Warmest Color to just dive headfirst into every tragic lesbian French thing. But then, I couldn’t stop thinking about dance movies, about Center Stage and Save The Last Dance and “I’m the best goddam dancer at the American Ballet Academy! Who the hell are you? Nobody!” and the way Julia Stiles does that little rabbit hop that makes the judges go wild in her Juilliard audition. And I didn’t want to rob myself, you know? What if I’d never seen Jessica Alba in Honey? Or Jennifer Beals in Flashdance? Would I even be gay? 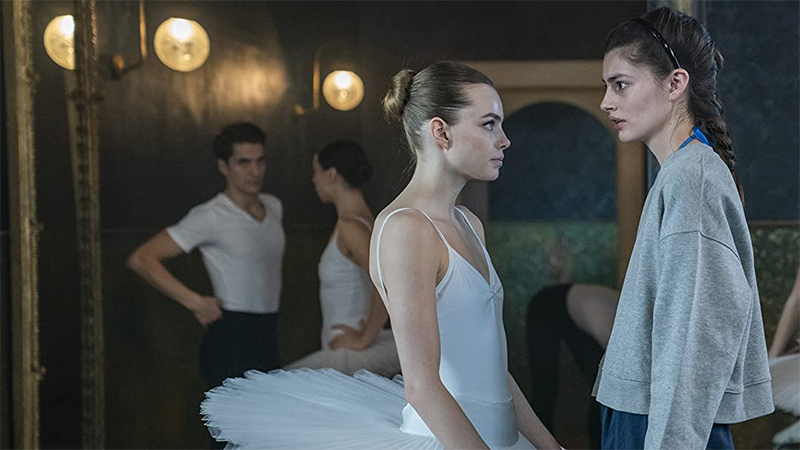 Kate Sanders (Diana Silvers) — a scholarship dancer, if you know what I mean, and I think you do because you’ve watched a movie before — used to be a basketball player the way Doug Dorsey was a hockey star in The Cutting Edge. But now she does ballet. Marine Durand (Kristine Froseth) went the more classic route toward becoming a ballet star — money and litheness — and is used to a Regina George-level of admiration. Kate is eager to please and a bit of a Mommi’s girl. She absolutely would not mind having Madame Brunelle (Jacqueline Bisset) stand on her neck. Marine does not want to hear one bit of constructive critique whatsoever! And keep your grubby poor people paws off her neck entirely! Only one can win a spot at Opéra National de Paris. Which is why they start walloping each other basically the second they meet. 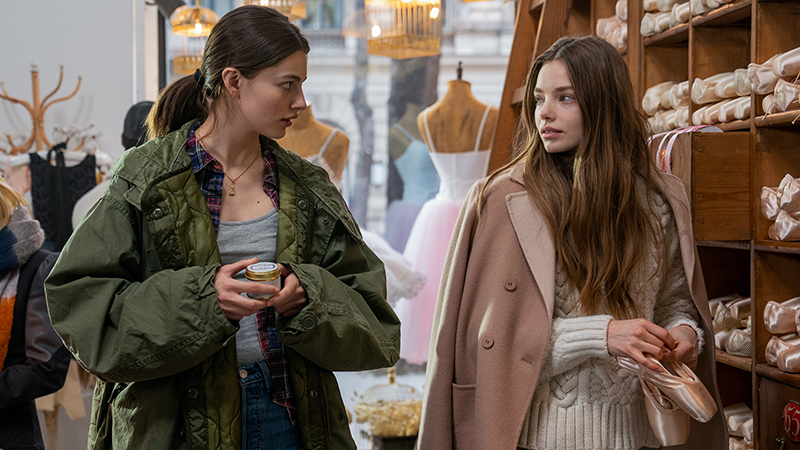 Unfortunately, there’s not a whole lot of real dance stuff happening here. No one stomps in the rain or lifts anyone up over their head in a lake, no one twirls around on hay bales and Channing Tatum never comes flying out of anywhere. Writer/director Sarah Adina Smith is most curious about what happens when two young women with lots of ambition and emotional baggage sweat around each other all day and fall into the same bed each night. Which, you know, me too. That’s why I follow every player in the WNBA on Instagram. Kate and Marine start with telling each other their secrets, then move to snuggling, then scissoring. Classic lesbian trajectory.

My main struggle with Birds of Paradise is it doesn’t seem to know it’s pretty campy — which is especially jarring when things swerve south in the second half of the film. It wants to be pretentious but it’s too silly! I’m not going to spoil it for you but it gets, um, weird in the third act. And not in the freshest or most exciting way. Also of course, I was hoping Kate and Marine would at some point have to share their body heat to stay alive, which is my favorite fan fiction trope.

Birds of Paradise is a fine little lesbian diversion for a moody day. Worst case, you’ll remember how good Diana Silvers is in Booksmart and watch that again.