Almost six months ago to the day, Javicia Leslie was announced to follow Ruby Rose’s Kate Kane as Ryan Wilder, the first ever Black Batwoman. My very serious and understated quote here on Autostraddle, the lesbian paper of record, was an all caps “LET’S FUCKING GOOOOO!!!!!!” — so, no big deal. Supremely chill vibes. And it certainly hasn’t hurt that Leslie has spent the entire time since her announcement seemingly becoming a one-woman Black Bisexual Queer Nerd Catnip, complete with an enviable kicks collection, an adorable dog (he’s a pit bull rescue!), and ahem, an affinity for bodysuits. Still, whatever my confidence, it was hard to suppress nervous butterflies when I received the Batwoman Season Two press screener for review.

Just to get it out of the way, right at the top: Ryan Wilder is not Kate Kane. I suspect that sentence might make some of the original fans uneasy, but let me follow up by saying the decision to make Ryan a woman of her own changes very little about what makes Batwoman beloved. Ryan may run warm in all the places where Kate instead chose calculated cool, but she loses none of the badass strength that makes Batwoman who she is at her core. Her tomboy swag’s more Nike Air Force 1s than Kate’s James Bond bowtie, but the bravado itself is still undeniable. They are both proud, out lesbians.

In Leslie’s hands, Ryan Wilder is instantly and infinitely likable; she’s a little emotionally raw and surprisingly snarky (her humor was easily my favorite thing about her!). Overall, she comes across as very true to her original character description, “a girl who would steal milk from an alley cat and could also kill you with her bare hands” — which just happens to be my favorite kind of woman. (Other parts of her character’s description, namely having “spent years as a drug-runner” were mercifully and correctly adjusted after casting a Black actor in the role.) If for some reason none of that wins you over, please also know that Ryan is a plant mom!! And as a fellow plant mom, please know that we are the best kind of people. 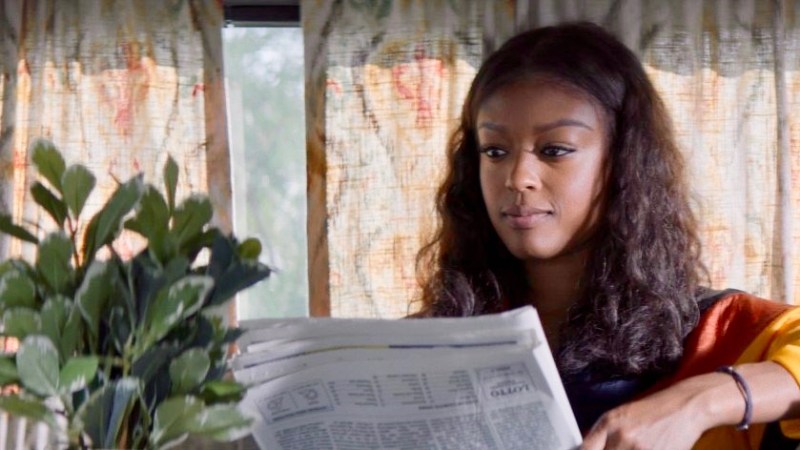 Going into its second season, Batwoman couldn’t have possibly had more stacked against it. The series namesake abruptly left after one season, the writers had to write them out while also maintaining continuity — when nearly all the characters of the series, including the lead villain, are directly related to Kate either by blood or love or both (I found Ryan’s new connections to Alice to be shockingly unexpected, yet organic and fully believable). They had to do all of that while in the middle of a global pandemic the likes of which haven’t been seen in 100 years! Oh and then they cast a Black woman to literally be the first very Black person ever to don the Batsuit on film; Javicia’s casting announcement came during a summer of Black Lives Matter protests and uprisings and now her TV debut as Batwoman will occur as we are once against bearing witness to large-scale white supremacist violence in this country. So again… supremely chill stakes here. Really just going for the hat trick.

The thing about comic book superheroes is that on the surface they may seem silly — all brightly colored suits and flying capes and gizmo gadgets and KABLAAM — but they are some of the most homegrown, American mythos that we have. They’re the stories we tell children, right from the youngest age, to explain right from wrong. They become buried deep, right into the marrow of who we are. Even people who have never picked up a comic book in their life or barely ever watch television know who Batman is. And when Batman is a billionaire playboy with fancy bat toys, or Ironman is a billionaire playboy with fancy Iron Hearts, or Superman is a homegrown blue-eyed boy right from small-town Kansas, that says a lot about who we believe can be “heroes” in the first place.

Kate Kane originally mattered, not only because her story was great, but because at the height of national debates around “Don’t Ask, Don’t Tell,”gay marriage, and what it means to have the full rights of citizenship as a gay person in this country — she was kicked out of West Point for being a lesbian. But now it’s 2021, we are facing the dying gasps (we can only hope) of a fascist wannabe dictator that has cannibalisticly fed from and emboldened the violent racist backbone that has long existed since the founding of this country. After years and years of work at the hands of Black activists, cries of Black Lives Matter are finally sweeping this country. It’s time for a new story.

I’m glad that Caroline Dries, Batwoman showrunner, decided to make Ryan an entirely new character — not to recast Kate or to adapt another DC property into the role. The questions we are facing, the stories we need to tell ourselves now, they require fierce new answers. At least from the premiere episode, it appears that Batwoman won’t shy away from the responsibilities that it’s facing. I don’t want to wade too far into spoiler territory, but Ryan’s backstory comes with multiple points of entry to explore the ways that systematic racism impacts Black Gotham specifically and opens up critiques of state-sanctioned violence that I don’t believe Kate, a military trained fighter who’s father is the head of the CROWS, would have been able to ask.

In her LA times profile published just this weekend, Javicia Leslie feels the weight on her shoulders, but she’s not letting it crush her. “Now that Ryan is becoming Batwoman, I feel like it opens up the possibility of what it really means to be Batwoman and that it doesn’t really matter who’s under the suit… Anyone can put that suit on and be a hero.” Superheroes shine brightest when they are made for their moment. 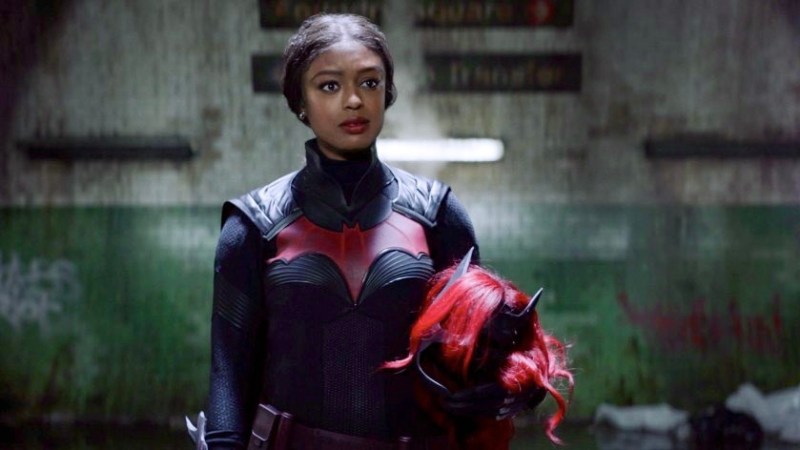 That doesn’t mean that this Batwoman is robbed of joy! I’ve already mentioned Ryan’s contagious sarcasm, but as someone who deep in my bones loves a good woman villain, Rachel Skarsten continues to make my skin crawl in the BEST kind of ways. The fight choreography is slick, the bat toys are aplenty, and there’s gay melodrama and tortured loves. All the things that helped the first season of Batwoman grow into its best are accounted for and welcomed back. Narratively speaking, what’s being asked of the Batwoman writers’ room is a tall order by any definition. They handle the transition as smoothly as anyone could have asked them, finding a tone that feels like its past but also a new and exciting terrain. And there’s enough about Kate left to continue to unfold in the episodes to come. Just as a nerd and a fan, I was impressed that anyone could pull that shit off.

Next week we’ll be back with even more details and a weekly Batwoman recap (!!!!) from Nic (!!!) — one of my favorite queer recappers in the game right now (have you read her work on Black Lightning?? It’s so smart and so, so good!!) — but for now I just wanted to say: If the writers of Batwoman can successfully walk the tightrope of “What happened to Kate Kane?” and the staggering, necessary demands of this moment we are living in, and still manage to get in a few flirtatious winks while they’re at it? There’s absolutely no telling what’s next.