Welcome to the 23rd Business of Art fix, where we get down to brass tacks about brass tacks.

She Couldn’t Believe What She Was Reading

+ On February 17th, SB Nation Longform published a 12,000-word story about ex-cop Daniel Holtzclaw, a convicted serial rapist who played football in college. The main thrust of the piece was, basically, “This guy? This guy could never rape 13 women! And if he did it was probs ’cause he was sad about football.” The story was up for five hours before it was pulled, but you can still read a cached version of the article here. I did. Holtzclaw played football at Eastern Michigan, a place I hung out sometimes when I was in college nearby, and also EMU is in Ypsilanti and I live in Ypsilanti right now! So that was cool, I guess, when they mentioned a bar I’d been to. The rest of the article was not cool. It was a “complete failure,” in fact, according to SB Nation editor Spencer Hall, who replaced the article on his site with a a letter about how the article was a complete failure:

The publication of this story represents a complete breakdown of a part of the editorial process at SB Nation. There were objections by senior editorial staff that went unheeded. It was tone-deaf, insensitive to the victims of sexual assault and rape, and wrongheaded in approach and execution. There is no qualification: it was a complete failure.

According to Deadspin’s excellent post on the incident, Senior Editor Elena Bergeron of SB Nation alerted her editors to huge gaping flaws in the story in the days leading to its publication, but nobody listened to her:

“I couldn’t believe what I was reading,” Bergeron tells me. Bergeron, who’s black, was so shocked by how bad the story was that she had to read it twice. She says she asked copy editors and a producer if they read the piece thoroughly while working on it, and that they told her they had and thought it was unpublishable, but didn’t think it was their place to say anything to Stout.

She emailed the other editors an her concerns about the piece, but with two Senior Editors out of the office that week, she ended up on a conference call with just the (seemingly problematic) SB Nation Longform Editor and her managing editor. The Longform editor disregarded her concerns, and the Managing Editor didn’t feel he had the authority to kill it, so they went forward with it, and everybody read it, and everybody was very, very upset. From Jezebel:

Aside from the fact that [writer Jeff] Arnold had this specialized knowledge, it’s hard to understand why it’s relevant, why this story was written, why it was published, and what lessons we’re supposed to glean. Arnold does not examine the system that allowed Holtzclaw to continue raping black women under the protection of a police badge… The story paints a picture of a hardworking, dedicated football player with a loving family and friends. Holtzclaw is continually described as a man who actively worked to stay out of trouble—as if it’s a shock when previously law-abiding men decide to rape women.

How this piece got published and the story this piece told have a story in common: men not listening to women.

In response to that, there is this: “I was an editor last decade, and I was involved in several situations where a story should not have run. I’ve hit the “publish” button when I shouldn’t have,” writes Paul Ford at Postlight. (Me too.) “Here’s a feature that no CMS I know of has, that would be fascinating to build: A “Very Concerned!” button that appears attached to every article in the editorial view.”

+ The UK Editor of The Huffington Post is proud not to pay their writers and says not paying is the best way to get “real authentic” copy. The Huffington Post, then, in an official statement, declared, “Our bloggers are happy with this arrangement, and happy to access the platform and the huge audience it brings, without having to build, pay for, edit, moderate or maintain that platform.” IBT somehow managed to find some HuffPo bloggers who disagreed with that assessment!

+ The Guardian is looking for a way to get paid subscribers and members without a standard paywall, saying “The most loyal readers really feel like they own the Guardian and those  who work there are just passing through. What I want to do is really help cement our relationship with those readers, take them really seriously, bring them in and get them paying for it.”

+ A “Beyond Comments” conversation happened at the MIT Media Lab to talk about how to create better community engagement around news. This is my favorite from the storify tweet-collection, for obvious reasons:

8/ Maybe is better to become “essential” to a small audience (that constantly interacts with you) than reach millions. #beyondcomments

+ The New Yorker’s Silvia Killingsworth will be the new editor of The Awl and will lead the relaunch of The Hairpin.

+ Gawker is now the first digital media company to have a union contract.

+ Re/code co-founder Kara Swisher is gonna focus on conferences and new ventures as Dan Frommer, former editor at Quartz, will step up to Editor duties.

+ The top 10 biggest media publishers are responsible for nearly two-thirds of the news consumed by British people online.

+ The New York Times would consider blocking readers who use AdBlockers.

+ E-mail newsletters are the new ‘zines! You should get ours, if you don’t already.

This Business of Journalism and Etc

+ Melissa Harris-Perry: “Here is the reality: our show was taken — without comment or discussion or notice — in the midst of an election season.”  Harris-Perry tweeted this telling graphic: 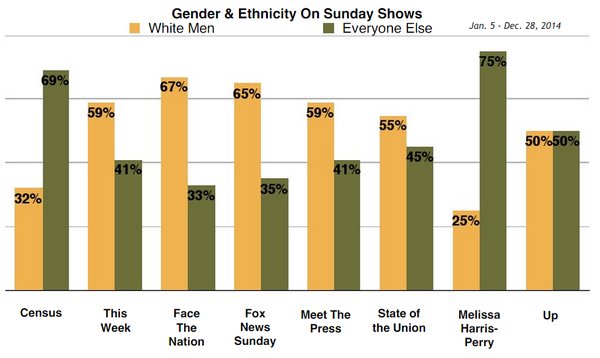 + A new project from The Holocaust Memorial Museum looks at how different newspapers covered (or failed to cover) the holocaust.

+ I watched Spotlight on an airplane last week and it was really good! Here’s an article about how The Boston Globe is taking advantage of its Hollywood moment.

+ how to stay sane on a business trip

+ what google learned from its quest to build the perfect team

+ i liked this the most: 36-year-old DESTROYS 29-year-old millennial who “ripped” 25-year-old Yelp employee who got fired after complaining about her salary.