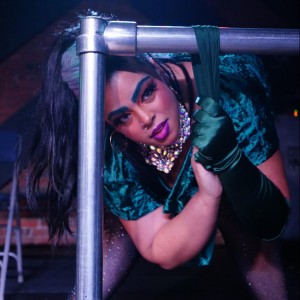 Known as “Chicago’s Own Community Chest”, Cruel Valentine is an award-winning, international burlesque entertainer, adult film performer, dominatrix, actor, dancer, writer, and artist. Valentine began performing the art of burlesque in 2007. Since then, they have spent the past several years performing their way across the nation and abroad, racking up multiple awards and honors. Valentine is an independent performer, producer, and teacher of burlesque, as well as an adult performer with The Lust Garden, featured on Pink Label. Most recently, their acclaimed erotic film, "Mirror, Mirror", won the award for Best Solo at the Unholy Fans Black Queer Porn festival, presented by Strapped Toronto.. CruelValentine.com is your go-to for all things Valentine, including a line of pasties and other titillating burlesque accessories. In addition to touring and teaching privately, Valentine has worked as a board member with several Chicago performance art organizations, as well as offering business consulting services to alternative, creative, and adult companies. They hold a BA in musical theatre performance and an MA in arts management from Columbia College Chicago, where they were also a teaching assistant. Valentine also holds a professional certificate in diversity & inclusion from Cornell University, and will be studying law at DePaul University this coming fall. Their teaching credits include various educational and speaking engagements both domestically and abroad, including workshops at the collegiate level at several of the nation's major universities, covering a wide range of topics including dance instruction, higher education, business, sexual health, sex worker rights, and more. With extensive experience in theatre, music, and dance, Cruel Valentine is a triple threat and then some, fusing multiple styles in their performances. A dedicated storyteller, they are never afraid to go there or to make a mess with their art. Inquiries may be directed to info@CruelValentine.com, and you can find Valentine across the internet at CruelValentine.com/links and the universal social handle, @CruelValentine. 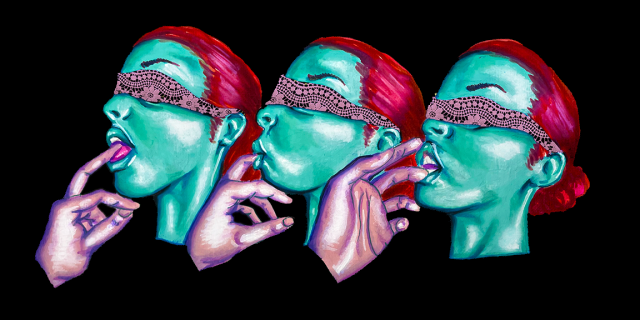