Yes yes y’all we are back!

For those of you who missed it last time, PHRESH CUTZ, your favorite queer pop-up barbershop, is back and better than ever! This month’s party (just like the rest of them) is put on by Hair Force One, a teeny tiny collective of queer amateur barbers of various skill levels and gender identities spreading hard love and good looks through Brooklyn and beyond.

OktoberPHRESH is our second party (so far), and boy (boi?), are we fucking excited. 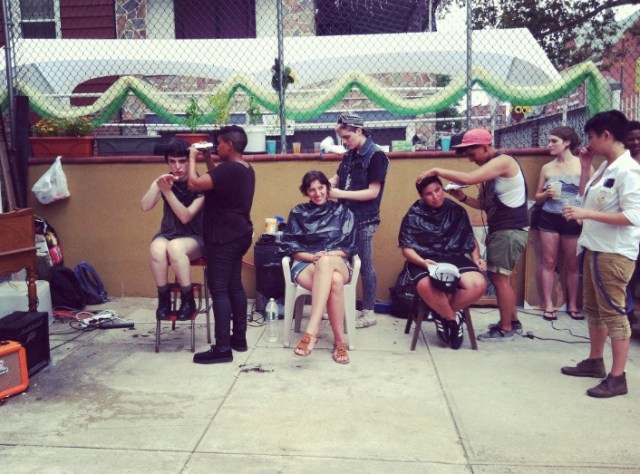 first round of cutz from pcI

Another good reason to come to this event is because the idea behind it was, in part, inspired by Autostraddle! When running A-Camp’s Alternative Lifestyle Barbershop, I realized this little crazy phenomenon: if you put a chair down and you start cutting someone’s hair, people will gather. They’ll just show up, and they’ll stay. Apparently it’s true: if you build it, they will come. And so that’s another idea that PHRESH CUTZ is based off of: the old-school barbershop. We wanted to combine that with the feel of a block party, but queer, which I think just means that at least one person will be shirtless by about 6 PM.

But other than that, we’re coming at you with a four-chair barbershop with seven rotating barbers (all amateur), a full-ish bar (Hair Force One proudly boasts PBR on draft, as well as some liquor and wine and stuff), three DJ sets (our sexy friends with computers), and a bunch of certified cuties (us). We will also have sandwiches and candy. Even for you vegans. Yes, we see you. 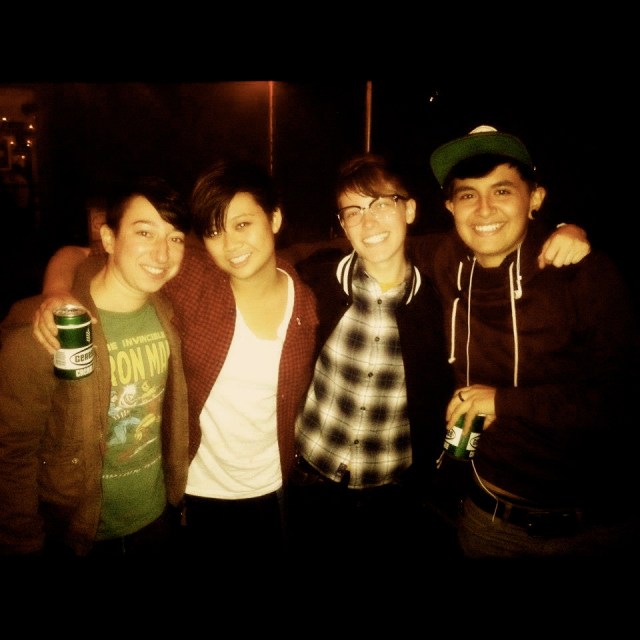 And oh yeah, and it’s a costume party. Hair Force One will be rocking out as the cast of Grease, as well as screening the film on a projector throughout the event.

Y’all, this party is going to be fucking fun. All ages, genders, sexualities, hair textures, and feelings more than welcome. See you there, cuties.