I have tickets to see Birds of Prey tonight and that’s the best news I have today. (Also the snow outside my window looks pretty – as long as I’m inside to see it.)

“…That’s the one piece of this that I feel like we’re learning more and more: that civil rights aren’t a given. They’re asserted and protected – or assailed.” Rachel Maddow on Her Critics: ‘Your Hatred Makes Me Stronger. Come On! Give Me More!’

Here’s What 10 Queer and Trans Creatives Predict for the Next Decade of LGBTQ Representation, with some of my faves Angelica Ross and Wilson Cruz.

Poets and Lovers: The Two Women Who Were Michael Field. Katherine Bradley and Edith Cooper were aunt and niece as well as lovers who published under a male pseudonym. Lots happening there!

The Long Road to a Trans Flag Emoji, and Why It Matters

The Good Place star Jameela Jamil came out as queer yesterday, after facing some serious backlash for her role as a judge in HBO Max’s upcoming Legendary, a nine-episode voguing competition show.

Here’s a further explainer if you want to dig into it.

I’m going to be completely honest with you – I tried writing about this last night, but it made my head and my heart hurt. I have a lot of empathy for Jameela having to come out in a way that wasn’t her choosing; publicly coming out is a deeply personal decision and no one should feel they have to do so before they’re ready. I also feel greatly for South Asian queer women in particular who may feel represented by Jameela’s coming out, because there are painfully few public or celebrity South Asian queer women in the first place. That’s all true! And also(also.also.) Jameela chose to use her coming out as a justification for why she’s taking up space as both executive producer and judge in a series that members of the community represented have made ABUNDANTLY clear they would rather she not.

From one queer woman of color to another, it’s never OK to use your cis and class privilege to push yourself into a space where you weren’t wanted and then use your queerness as a cloak when others call you in and hold you accountable. That’s not what queer community looks like; in fact, it’s the opposite and very harmful. To that end, I’m also going to share words from Trace Lysette, who in addition to being a well-known television and film actress, is a mother in the House of Mizrahi:

Meanwhile A ballroom elder who will remain nameless is still fighting for a producing credit for putting the structure of the show together, categories, etc… and Jameela is the Executive Producer along with two cis white guys who produced queer eye.

IDK y’all. I’m sending a lot of love to Jameela, to the fans who get to see themselves in her, and to all the trans and queer folks who are being brutally erased in ballroom’s continued gentrification by mainstream media. None of it is OK.

Erykah Badu Is Making Incense That Smells Like Her Vagina and I’m definitely going to buy it.

Already Gave up on Your New Year’s Resolution? Here’s How to Recommit to Your 2020 Goals

What If Hillary Hadn’t Married Bill? a New Novel Will Explore That Possibility. I would like to see this.

Searching for Healing in a Sensory Deprivation Tank

Potentially relevant to your Valentine’s Day plans, hey I don’t know your life: How To Be A Good Kisser: The Complete Guide

This week we celebrated the birthday of the great Rosa Parks. It’s ALWAYS worthwhile to remember that despite what the history books of our youth told us, she was never a meek and mild old woman who just “sat down on the bus.” She was a lifelong radical and political activist. This piece is two years old, but an always timely read: Why Facile Histories of Civil Rights Are so Dangerous 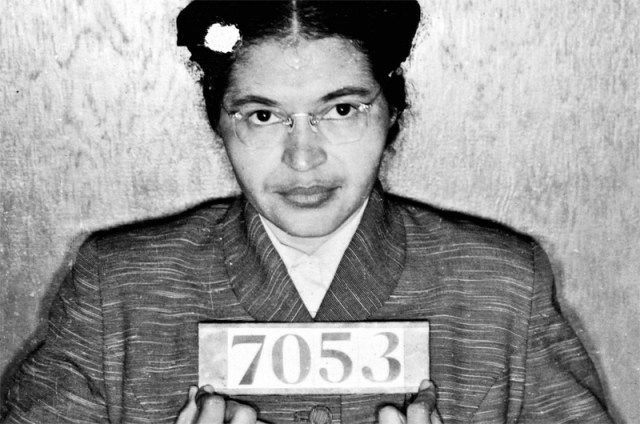 When I grow up, I wanna be a gangsta

Trump May Have Broken the GOP, But He Hasn’t Broken America. Some food for thought as we finally close out the impeachment trial.

And yeah, f*ck that other speech this week, Here’s the Real State of Our Union, as Women of Color See It by – GASP! – MELISSA HARRIS PERRY FOR ZORA MAGAZINE