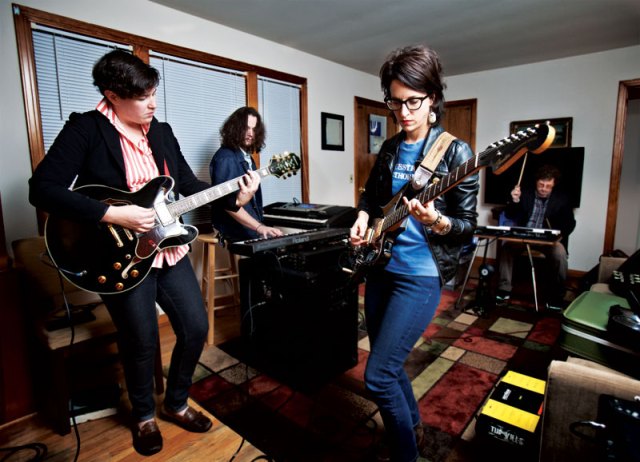 Ponychase‘s story began with Nashville-based musician Jordan Caress, who used the title as a pseudonym for a series of home demos. With a dream of creating “dark, dreamy synth-pop” with like-minded locals, Jordan joined forces with prolific singer-songwriter/guitarist Beth Cameron and also brought Brian Siskind (electronic drums) and her brother, Alex Caress (synths) on board. Ponychase became a fast favourite on the Nashville music scene and beyond, receiving lots of love for their memorable hooks and mesmerising sound. Notably, Nashville Scene crowned Ponychase the Best New Band of 2012.

Last year Ponychase released a self-titled EP featuring six sweet ethereal tracks, one of which you’ll hear below (but you can stream the whole thing here). Right now they’re working on a full-length album which’ll be out later this year. Answering our questions is Jordan!

I just read somewhere that Tears for Fears are described as being part of the “New Romantic” movement, a darker strain of New Wave (which was generally happy go-lucky and fun). I think New Romantic is a pretty good way to describe our music, but I’m also pretty sure it’s not a modern genre. It also sounds a little pretentious.

I’ve played guitar since I was 10 (so 21 years, geez). I started playing bass in my family band with my brothers when I was 15, and went on to be a professional bass player/sideperson for many years. Playing with Ponychase is sort of my return to writing and performing my own songs.

My first cassette buying excursion, in 1993, included the purchase of Everybody Else is Doing it So Why Can’t We by The Cranberries and Mazzy Star’s So Tonight That I May See.

I kind of hit the vinyl jackpot at the used record store the other day and found The Beauty and the Beat by The Go Go’s and Belinda Carlisle’s first two solo records, plus Missing Persons‘ Spring Session M and Lindsey Buckingham’s Law and Order. My love for Belinda Carlisle directly relates to the next question.

I no longer classify anything as a guilty pleasure. It’s common knowledge that my radio dial always seems to find the soft rock channel. The thing is, I’ve always liked music that most people would consider cheesy, now I just have no shame about it. Roxette 4 ever. (Also, Belinda Carlisle).

Too many to name individually, although one of my former employers is about to be featured on Kitchen Nightmares. I won’t name any names, but I’m guessing that Chef Ramsay isn’t visiting that many Nashville Creole restaurants this season.

Big Girls Don’t Cry: The Election that Changed Everything for American Women by Rebecca Traister (for the second time). HIGHLY RECOMMENDED.

What is the best concert you’ve been to?

I had a near-religious experience during Robyn’s set at Bonnaroo 2011. Festivals are usually not my thing, but I had an artist pass and it seemed a shame not to see the Queen in action. Her music is, of course, the best pop music is recent memory, but the greatest component of that experience was the crowd energy. It was as if every queer person at Bonnaroo had descended upon that tent (on Sunday afternoon in broad daylight!) to do some sweaty, life-affirming dancing.

How did you come up with your band name?

My best friend, a queer resident of Austin, TX, noticed that many of the clients at her job (a Yoga studio, incidentally) lived on a street called Pony Chase. She immediately texted me that I should use the name for my next project. Thanks, Melissa!

Yes. Her name is Scout and she is 5. She and I have been through a lot together. 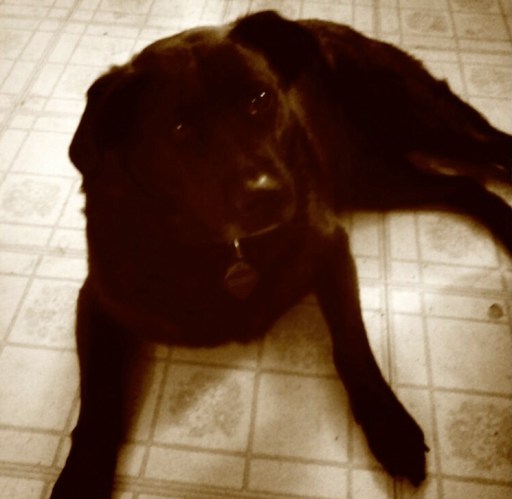 You can stream the Ponychase EP via Spotify, Bandcamp and Soundcloud, and purchase it from iTunes and Amazon. Everything else you’d like to know about Ponychase can be found on the band’s Facebook page.