There is a bill in Alabama that would stop the state’s agencies from discriminating against LGBT employees — I know, a revolutionary idea! — which is legal language that does not presently exist as state law.

And it’s because one state assemblywoman has vowed to fight for LGBT employee rights in her state – and she isn’t giving up. 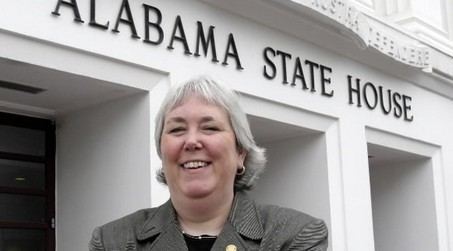 In Alabama, a right-to-work state, you can be fired for a lot of reasons. And being gay isn’t included under federal civil rights protections, like workplace laws that prevent discrimination based on religion, or sex. This leaves state employees in Alabama, including teachers, in the closet. Really. Teachers in Alabama schools are afraid to come out, or even risk being thought of as gay, because they could be fired for it. And so, how did the only openly gay member of the state legislature respond?

She wrote HB 273, a 164-word bill, challenged that head-on, describing a ban on any discrimination based on “gender-related self-identity, appearance, expression, or behavior, regardless of the person’s assigned sex at birth.” And even though the bill’s sponsor, Representative Patricia Todd, knows the bill is unlikely to make it out of the Republican-dominated State House, she will continue to legislate toward protections for LGBT persons. In fact, this is just the beginning of what she describes as a “campaign” for equal employment rights for LGBT state employees.

But Todd probably won’t be pursuing the bill until there’s less on the tables of the state government: it’s currently listed as “awaiting committee approval,” and the committee head can’t even be reached. In fact, it’s likely the bill won’t be actively pursued until next year. 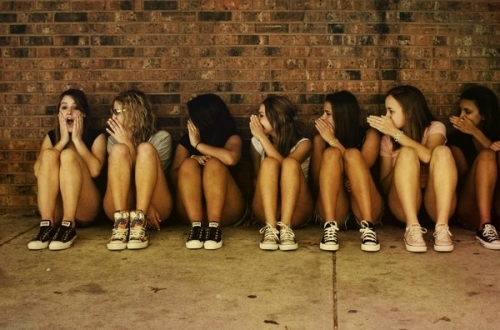 people can't even think you're gay in alabama, did you know that

“I think it will be a difficult one [to pass],” Todd said, “but you’ve got to start somewhere.” And in the meantime, she is building support for the legislation within state employees’ group, and strengthening her efforts overall. It’s hard to get data on LGBT employees, and there are no known numbers for how many get fired, and especially for what reason.

Patricia Todd represents district 54, in downtown Birmingham — as in “center of the struggle for African-American Civil Rights in the 50s and 60s,” as in “where Martin Luther King Jr wrote The Letter from Birmingham Jail.” Birmingham is also considered relatively gay-friendly compared to the rest of the state.

There may be a new political revolution bubbling in Alabama, but it’s going to take a long time. And Representative Todd is determined, and well-equipped, to pursue change, but she’s going to need help. Homophobia in schools effects the mental health of gay students, manifests as gay bullying and other acts of violence, and makes it okay for students to experience discrimination even from authority figures, and not just their peers. Change in schools cannot happen for gay students until schools are safe spaces – and this is an important step. Organizing around this issue could result in major legislative changes. Be heard now, if you’re from Alabama, or forever hold your peace…