Here’s a bold but true claim: In the year 20BiTeen, fresh on the heels of the year 20GayTeen, in this, the Golden Age of Gay Television, there has never been a queer show like Natalie Morales’ Abby’s, which lands on NBC this Thursday. Morales is the first openly queer woman and the first woman of color to play an openly bisexual main character on a network sitcom. She’s actually playing one of only a handful of leading or supporting queer characters, total, on network sitcoms ever. And she’s the first Cuban to head up a comedy since Desi Arnaz. She’s making history, in a major way, is what I’m saying. 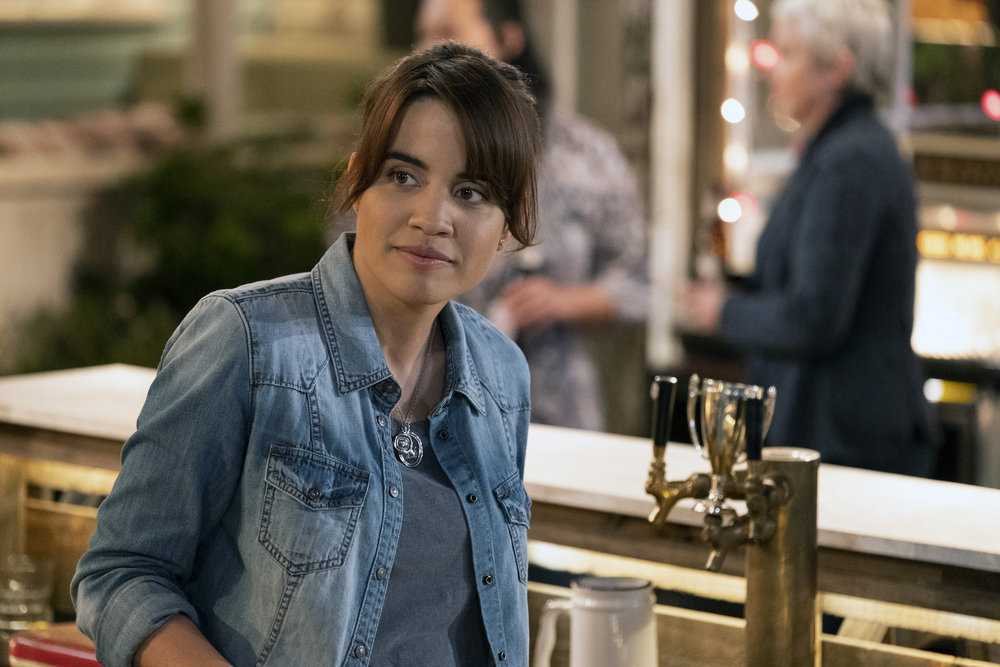 When NBC announced Abby‘s at the Television Critics Association winter press tour this year and news broke that Morales’ title character would be bisexual, I thought we were going to have another Eleanor Shellstrop situation on our hands. And listen, I love Eleanor Shellstrop — but I sincerely doubt she’s ever going to explore her blossoming afterlife bisexuality outside of the occasional joke or flirt or self-makeout. So I was shocked when one of the three screeners NBC sent out for Abby’s centered on her bisexuality and she actually said the word “bisexual” right out loud in it. The screeners apparently aren’t in order, so NBC sent that one out especially because they’re counting her bisexuality as an asset, a selling point! It makes sense: The only character who treats Abby’s love and sex life as anything other than a non-issue is the new guy, a well-meaning straight white dude who blurts out “congratulations!’ when she casually tells him she’s bi, and then spends the rest of the episode making it weirder because he won’t just drop it.

But this is the Golden Age of Gay Television and while these audacious, history-making facts would have had you doing cartwheels even just three years ago, we’re living in Brooklyn Nine-Nine and One Day at a Time‘s world now, and we want quality and pathos and laughs, not just stats. So here’s the good news: Abby’s is pretty funny, and Morales owns the role of the prickly, commanding, loyal, lovable former Marine who sets up an unlicensed, uninsured bar in her rented backyard. She’s got a list of bar rules longer than Hogwarts: A History, absolutely refuses to make drinks you’d order from a swim-up bar at a beach resort (or serve novelty boutique liquor), and won’t back down from a good fight. She’s also a very good manager and a very good friend. 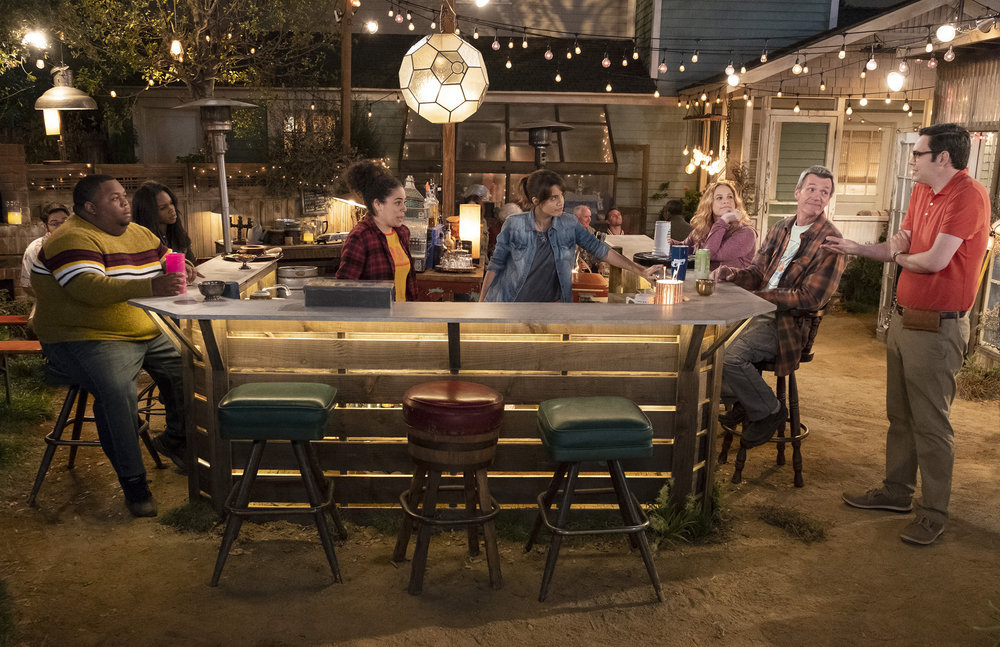 In the few episodes I watched, the supporting cast — Fred (Neil Flynn), also a retired Marin; Beth (Jessica Chaffin), a mom who lives next door and just needs a break from her kids; James (Leonard Ouzts), a bouncer; and Rosie (Kimia Behpoornia), Abby’s bar-back — haven’t been fully realized or fully found their chemistry, but that’s not unusual for a freshman comedy. You’d have a hard time finding anyone who’d hold up the first seasons of The Office or Parks and Recreation as anything more than shadows of their beloved, critically acclaimed later seasons. Michael Schur is producing Abby’s; he’s pretty great at ensembles. My only real gripe about the show is it leans a little too far into the gimmick of being filmed outdoors. After commercial breaks, the camera even breaks the fourth wall to show the little stadium where the audience is seated.

Last Thursday night, Samira Wiley guest starred on Will & Grace and wooed Karen Walker, while Cameron Esposito guest starred on Brooklyn Nine-Nine and smooched Rosa Diaz. Abby’s is step forward for queer representation in comedies, but that won’t be enough to make it stick. Luckily, Morales has enough charisma to buy it time to find its feet.

Check back Wednesday for my interview with Natalie Morales!