I have long believed that BBC came up with the absolute perfect show premise when they came up with Doctor Who. For those who aren’t regular devotees of the show, The Doctor can regenerate his body when his physical form dies, allowing many actors to play the same lovable, iconic character. In essence, BBC created a show that never has to get shelved – people can continue to write it and play with it for as long as there are people to write and play. And they have. The show began airing in 1963, with a hiatus and then a reboot in 2005. All in all, 11 actors have played the alien of everyone’s dreams. Every single one of those 11 actors has been a white man. 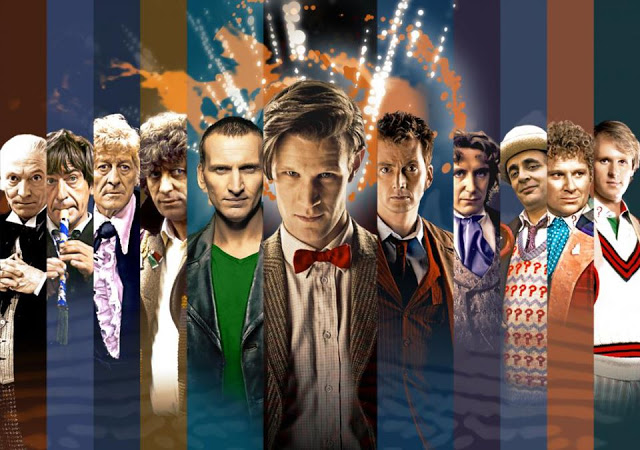 It’s hard to pinpoint when the rumblings started. It could have been fans – fans calling for a female Doctor, fans (and failure “news” sites) totally against it. It could have been Helen Mirren, stating “I’m not going to be the first female ‘Doctor Who.’ No, no, no. Absolutely not, I absolutely wouldn’t contemplate that… but I do think it’s well over-time to have a female ‘Doctor Who’… I think a gay, black female ‘Doctor Who’ would be best of all,” and solidifying her place as president of my heart. Former Who cast member actor John Barrowman has said much the same: “We’ve had great guys playing the role. The character of River Song was so popular in the last part of the series and it [had] such an impact — why shouldn’t we have a female doctor?” When Captain Jack Harkness says something, you’d be hard put to argue. That’s even truer when the Doctor himself expresses the same sentiments. Matt Smith, the 11th Doctor, will be leaving the show with this year’s Christmas special and will regenerate into…well, Who knows? The role is reported be as yet un-cast. But at San Diego ComicCon this past Sunday, there was much speculation and even a little bit of teasing, including from the mouth of the 11th himself:

Matt Smith says it truly doesn’t matter if the Doctor regenerates into a man or a woman, and that are so, so many women who would do a brilliant job with the role. He goes so far as to call the 12th Doctor “she.” And he does his trade-mark-Matt-Smith-mischievous-eyes at the camera. Could this be more than a tease? Could it be a hint? I have no clue. But he said during another panel in response to a question about how he sees his character’s death: “golden light would pour out of me then I’d turn into a woman!” Steven Moffat, the show runner/head writer of Who at the moment, was equally as tease-y, though quite a bit more silent than Smith:

Would I die of happy if the 12th Doctor wound up being a Lady Who? Yes. You bet – the Doctor is married to River Song, making the storyline a little bit queer if it happens. And think about it – probability is now in our favor. The Doctor has regenerated as male 11 times – that’s like flipping a coin 11 times and having it land tails all 11. What are the chances that it will happen a 12th time? That’s like winning the privilege lottery. That’s nuts, chances-wise. And let’s not forget that out of all 11 regenerations, there also hasn’t been a person of color. Add that in – it would be  statistically improbable for the Doctor to regenerate as a white man for the 12th time. Of course, that’s assuming that people with biases aren’t in charge of casting Doctor Who and that probability is actually allowed to reign. So do I think it’s going to happen? Maybe. But maybe not with Moffat in charge. You see, in much of Moffat’s writing, he occasionally seems to hit a stumbling block – I sometimes wonder if he believes women to be real people. Bitch Magazine puts it splendidly:

Steven Moffat doesn’t have a wonderful track record when it comes to writing women. The Doctor’s female companions written during Russell T. Davies’ tenure (he was the head writer before Moffat) are badass. Rose Tyler, Martha Jones, and Donna Noble all have their flaws, but they’re tough, smart, and nuanced. They save the Doctor as often as the Doctor saves them. Can we really say the same about Amy Pond or Clara Oswin Oswald, the companions penned by Moffat? Yes, River Song is tough, but she flits in and out of storylines too much to be considered one of the Doctor’s main companions.

And don’t even get me started on his female characters in, say, Sherlock. 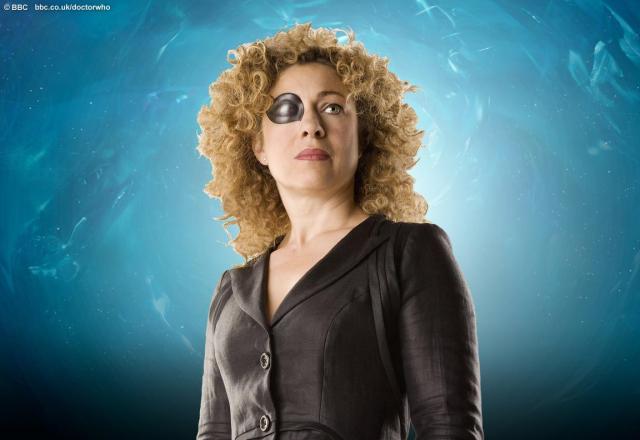 I’m also torn about whether or not I’d want it to happen with Moffat in charge, if all he’s going to do is pen a one-note Doctor because he perceives women to be weak. I think, in the end, my excitement would reign supreme and I also think that Moffat is a good enough writer with eyes in his head to read the internet – I’m sure he’s seen some of the criticism out there of his female characters. I think he’s capable of changing his ways.

In terms of female doctors, the rumblings point to Helen Mirren, Tilda Swinton, Olivia Coleman, Billie Piper (formerly Rose Tyler) and a few other names floating around in the mix. But we don’t know. Here’s what we do know for sure (and be careful, spoilers): 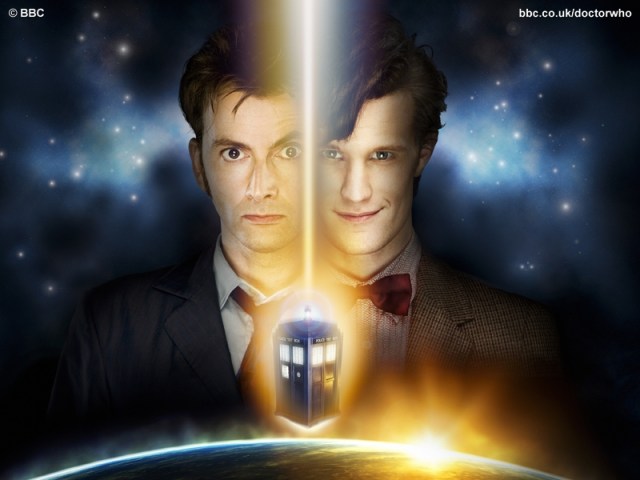 – There’s a Dark Doctor coming (some are considering him doctor 8.5?), played by John Hurt (“wow, another white cis man! Surprise!” said absolutely no one) in the 50th Anniversary Special to air in the US on November 23rd, starring the 10th and 11th iterations of the Doctor (Matt Smith and David Tennant). The Daleks will also be returning. The teaser trailer premiered at ComicCon, but it hasn’t been posted on BBC’s website yet (and you can bet I’m watching for it).

– Other rumblings point to Idris Elba, a black British actor, as the possible 12th Doctor which I would also consider a victory in casting, and maybe an easier one for Moffat to pull off since this would circumvent his apparent lady problem.

– If Rupert Grint or any other white male actor is cast as the Doctor, I will be supremely pissed. Sure, you can bend space and time and I will suspend my disbelief episode after episode. But my suspension of disbelief runs out at the notion that the Doctor will be white and male 12 times in a row.

Catch up on Doctor Who, series 7 (part one and part two) on iTunes.