LGBTQ Muslims are already a part of your world. We have communities and lives of our own, and in the ever-expanding multicultural world we live in it is becoming more necessary than ever to learn how to be better for our global community. SO: Speak out! Get on social media and say nice things about LGBTQ Muslims. Reach out to a friend and ask how you can support her this Ramadan.

Let’s let this summer be a time where when can uplift and learn from one another. I’m the Executive Director of Masjid al-Rabia — a women-centered, LGBTQIA+-affirming mosque in Chicago. Together with our Director of Spiritual Education Zaynab Shahar, I put together a list of DOs and DON’Ts to share so you can be a better ally to your Muslim siblings this Summer.

There is an inevitable interaction any time Zaynab and I find ourselves at secular LGBTQ events. Strangers will come up to us and tell us how brave we are. By the end of it we’ve been thanked for showing up and being such great allies. Zaynab and I are veteran queer and trans activists with over 30 years combined experience. Yet as visibly observant Muslim women, it’s assumed we couldn’t possibly be a part of the LGBTQ movement. It’s like my hijab acts like a gaydar invisibility cloak—no matter what I do, my queer and trans identity is often erased the moment I put on a headscarf.

Queer and trans Muslims have a tendency to be anything but people in the eyes of the world. Our experience is reduced to the hypothetical—most often as victims or as predators. We are denied the nuance of being real humans, with spiritual agency and lives of our own. The first step is considering the concrete reality of LGBTQ Muslim experience.

DON’T use us for diversity points 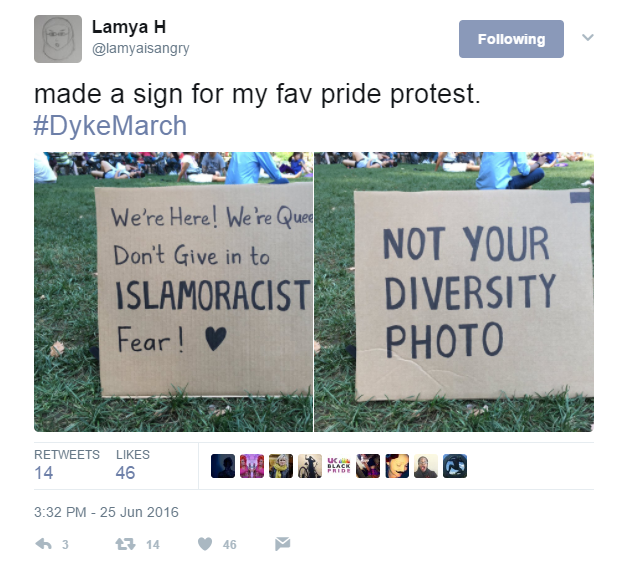 Tasbeeh Herwees has written an excellent takedown of the “Protest Selfie” here. Performing friendship or solidarity with LGBTQ Muslims — rather than actually genuinely being here for us — is an unfortunately common situation. Be better than that.

DON’T assume anything about our faith experience

This is the time of year where a lot of assumptions about Muslim come out; particularly around the ways we practice our faith and outward expressions of piety. The reality is, everybody’s experience with Ramadan is different! Many think of Ramadan being defined by the abstention from food or water from dawn to sundown, but not all Muslims can fast! There are so many ways to live out Islam during our holy month, such as refraining from gossiping or speaking ill of others, abstaining from sex or masturbation, giving up smoking between fasting hours, and reading the whole Qur’an. The list is endless and everyone’s experience with the month is different.

DO communicate and ask what we’re comfortable with

Communication is key. Talk to your partner or friend about their Ramadan practice and establish meaningful ways you can support them. Take the opportunity to learn what would be most helpful, and even consider finding a way to establish an interfaith Ramadan practice if possible (Mahdia wrote an advice column for Everyone is Gay that details what that practice might look like). Just be aware that a person’s life gets turned upside down during this month, so expect the unexpected and be open to new things.

DO be prepared to shut down Islamophobia

If you hear something or see something, say something, even if we’re not around. The recent tragedy in Portland might seem like the extreme act of one individual, but the reality is Muslims face acts of islamophobic violence daily. This violence is on a spectrum from verbal harassment to physical violence (sexual harassment, assault, and murder), and it’s known to increase during Ramadan. Take up bystander intervention training which will teach you best practices for deescalating a situation.

DON’T speak for us

When people assume there are no LGBTQ Muslims in their communities, others are often recruited to speak for us and their authority on our lived experiences is taken at face value.

But as the amazing Dr. Su’ad Abdul Khabeer once wrote on Twitter, “You don’t have to be a voice for the voiceless. Just pass the mic.”

There are a plethora of experienced queer and trans Muslim speakers to hire for your event. Masjid al-Rabia team members are connected to a global network LGBTQ Muslims and can easily connect you to local folks who can be paid for their expertise.

DO support our siblings behind bars

DO reach out to support LGBTQ Muslim youth!

This Ramadan, Masjid al-Rabia and Everyone is Gay are joining up for the Longest Days, Sacred Nights campaign, a month-long program of support and celebration for LGBTQ Muslim youth. You can get involved too! Speak out on social media, create art and share resources with one another. Make sure to tag it #LongestDaysSacredNights! 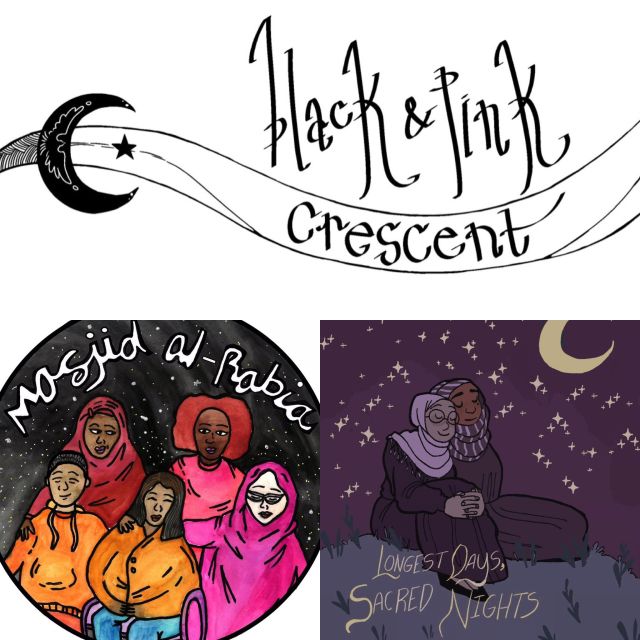 With these simple steps you can be a better ally to your Muslim siblings this Pride/Ramadan season. There are a million ways to get involved but the most important thing is to remember: We’re here, we’re queer; you might actually have to start acting like it.

Mahdia has written 1 article for us.