So, when I saw Battle Of The Sexes in theaters, which has not one but TWO sensual haircutting scenes, I felt extremely seen. Billie Jean King ends up secretly dating her hairdresser, bringing one of my fantasies to life! I’ve played tennis all my life, and Billie Jean King has long been a personal hero of mine, so I went to the movie expecting to have fun watching a cinematic retelling of Billie Jean King destroying a chauvinist pig. What I did not expect was that a haircutting scene would be more thrilling than the famed tennis match itself. When Marilyn first clips Billie Jean’s hair, it’s sexy, intimate, beautiful. Everyone else just sort of fades away. I didn’t blink. I didn’t want to miss a millisecond.

When a character gets their hair cut on screen in a movie, it usually signifies a major turning point. Most haircuts in movies come after trauma or as a form of punishment or as part of a makeover sequence. Cinematic haircuts are dramatic, transformative, liberating. They are not, typically, sensual. And that’s ridiculous! I demand more sensual haircuts in movies! We need better haircut representation!

In honor of Battle Of The Sexes, here are 11 other haircut scenes that acknowledge — some intentionally, but most incidentally — the sensual nature of haircuts. 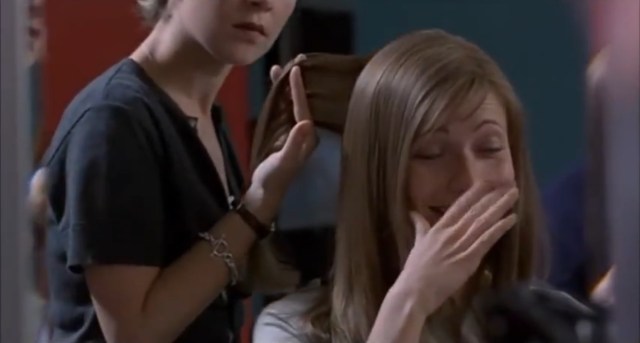 I am convinced Anna and Helen are in love in their timeline of Sliding Doors. I’m sorry, but if your friend looks at you like this when you’re getting your hair cut, they are in love with you: 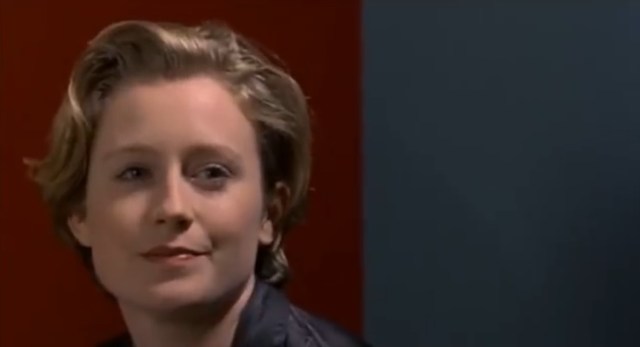 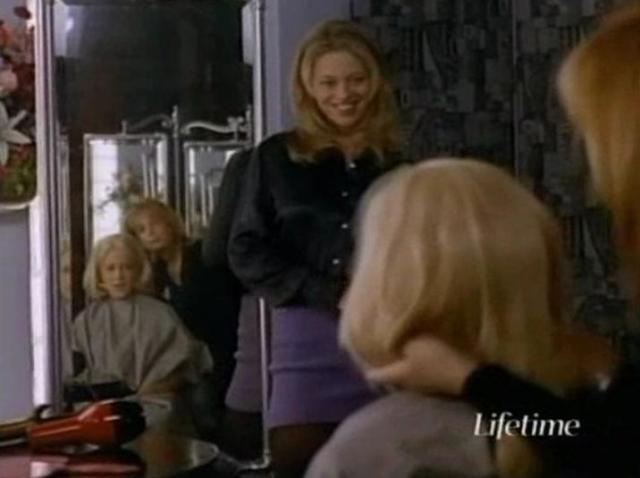 This is a very bad made-for-TV movie starring Tori Spelling, but I just want to reiterate my point above: If your friend goes with you to get your haircut and makes eye contact with you the entire time, they probably want to sleep with you.

This scene is mostly just sexy because Jane Fonda is looking hot and speaking French. There isn’t a direct shot of the hairdresser’s face, but there are several close-ups of her hands, which, gay.

Gotta love a good self-cut! And Halle Berry’s self-cut sequence in Catwoman is the best thing about 2004’s Catwoman. She also uses… two pairs of scissors? Which I can only assume is meant to be a scissoring metaphor. 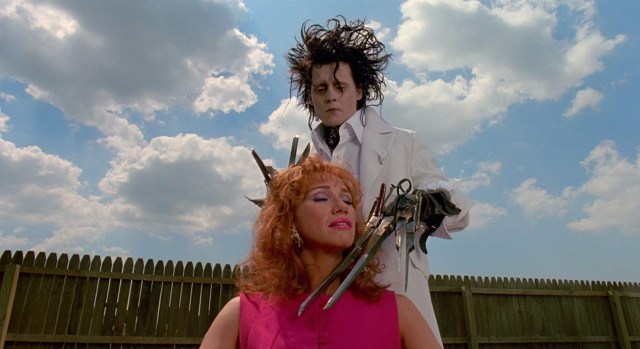 Was Kathy Baker told specifically to act like she was having sex in this scene?

I realize that this is an example from television, and I realize that it’s also a very controversial scene in the Felicity fandom. But in all the thinkpieces I’ve read about the haircut that supposedly altered the course of the show, I’ve never seen anyone talk about how dang intimate the camerawork in this scene is. We only see the hairdresser in silhouette, but all the close-up shots of Felicity’s hair (and that one weirdly sexual shot of her flexing bare feet) imbue the scene with sensuality. Side note: Do… do I have a haircut kink? 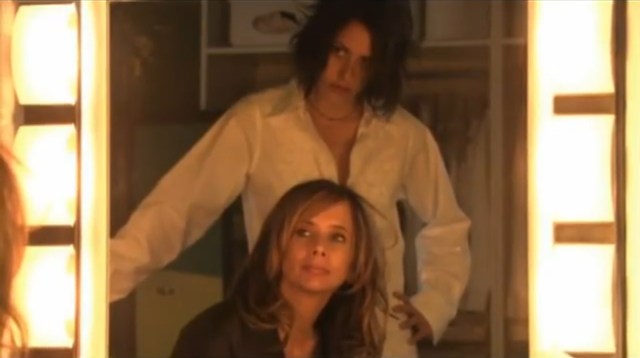 While we’re on the television train, I’d be remiss not to mention notorious lesbian hairdresser Shane McCutcheon. When Shane cuts Cherie Jaffe’s hair for the first time, she actually asks her “what do you want?” — the same loaded, flirty question Marilyn asks Billie Jean in Battle Of The Sexes. Notably, I don’t think we ever see Shane actually cutting Cherie’s hair. She’s always just playing with it, and I’m okay with that. 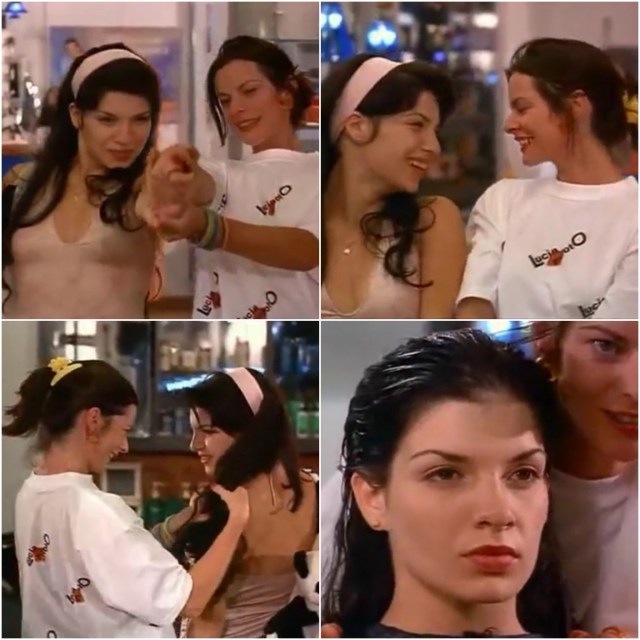 This is a Portuguese movie that’s literally called Haircut!!!!! The main character cuts all her hair off (to shock her husband-to-be or something?) and appears to be very close with her hairdresser!

In this black-and-white indie film, queer woman Ely gets her long hair cut into a soft butch short style, and I mostly just really love the unconventional visual style of the film. 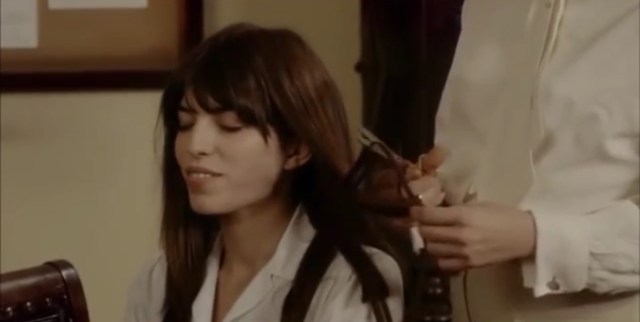 In the very beginning of this movie, the protagonist receives a haircut from her lover/school headmistress before embarking on a new life in the lesbian underground scene in 1960s Paris………… ummm I’m not making any of this up.