I am very bad at giving advice, but I am very good at suggesting the exact TV show you should be watching. Recently several people in my life have gone through breakups and are interested in watching: 1) gays on TV, that will 2) make them laugh, but 3) without any ooey-gooey love stories. Even just two years ago this would not have been possible! But now it is! And here is a list that will keep your heart safe from feelings! 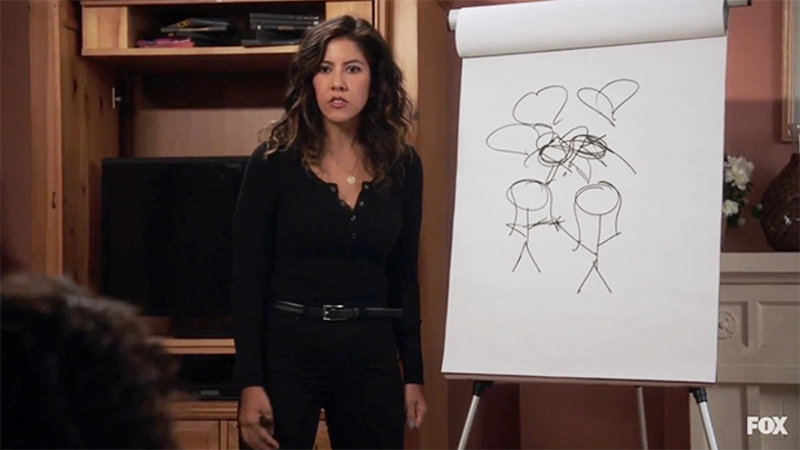 Rosa Diaz is my favorite kind of character — a crunchy shell with a gooey caramel center — and she shines in Brooklyn Nine-Nine as a bisexual badass who is kind of terrible at love and kind of awesome at everything else. There’s a very small, mostly off-screen arc with Cameron Esposito as Rosa’s love interest, but there’s no real weight behind it and the various payoffs are some of the funniest moments on the show. 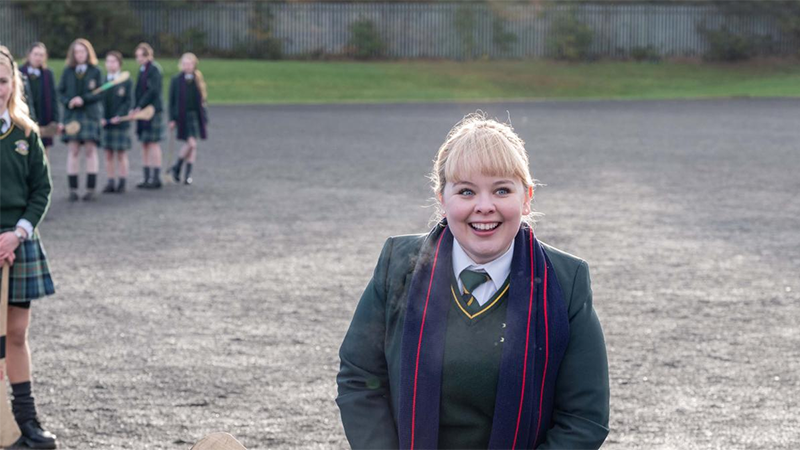 Derry Girls is one of those shows that makes me double-over with wheeze-laughter every time I watch it (and I’ve watched it a lot!), especially the episode where the gang tries to figure out whomst among them is the wee lesbian. 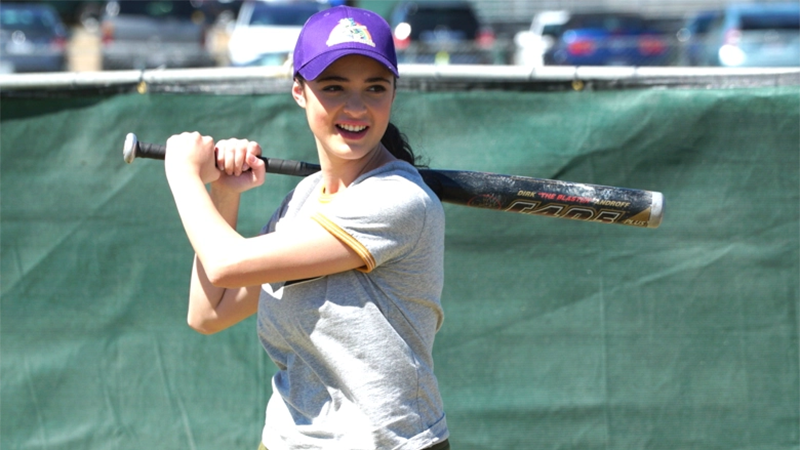 Nicole is a supporting character on Fresh Off the Boat and her coming out story and on-screen lesbian shenanigans don’t happen until the final two seasons, but every episode she’s featured in is full of so much gay 90s nostalgia, and everything about her story is handled with wit and grace. Plus, there’s no love in sight, just one spectacularly failed date. 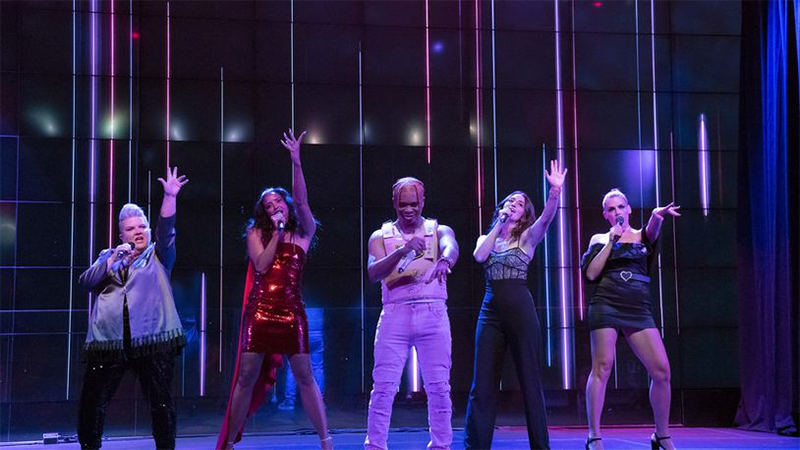 Even if Paula Pell didn’t play a bad-at-love lesbian in this series, it’d be worth your time. It has flown under the radar, but it’s one of the best things happening on TV this year. It’s smart and hilarious and completely absurd — and while there’s mentions of sapphic romance, there’s nothing here that’ll threaten your heartstrings. 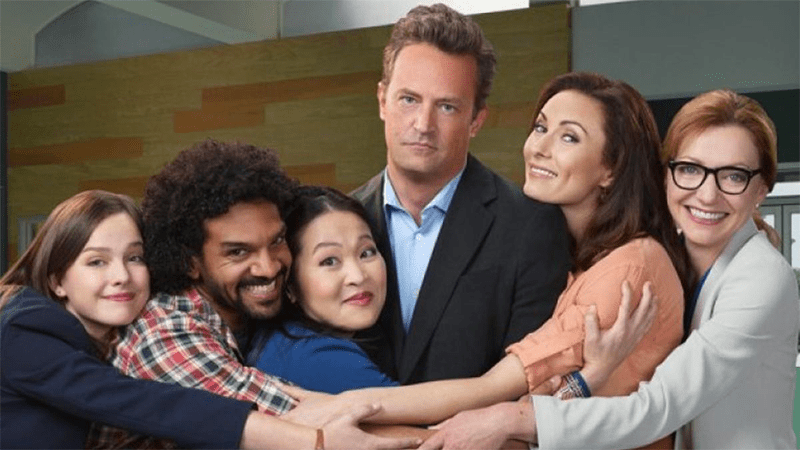 NBC’s short-lived comedy about a grief support group is actually perfect for breakups, especially because Julie White’s Anne is a deadpan lesbian who has lost her wife and is learning to live and love again without letting go of her misanthropy. 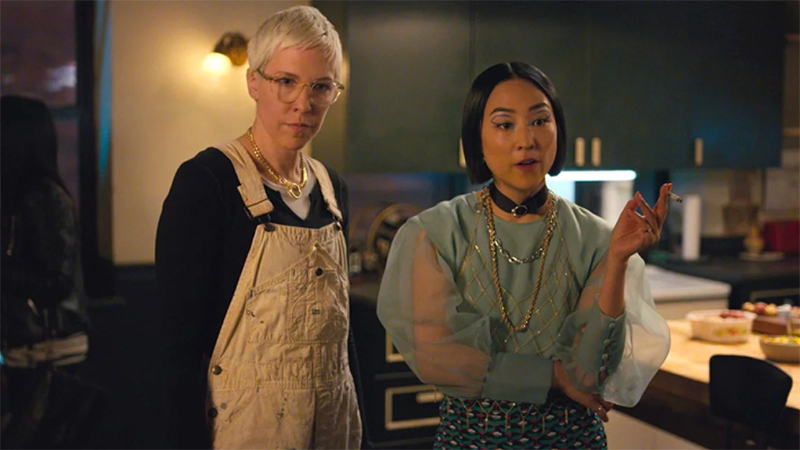 Izzy is absolutely terrible at love but absolutely the best at being a friend. There’s no gay swooning here, I swear.

I’ll let A Black Lady Sketch Show speak for itself. Consistently one of the quirkiest, most culturally incisive shows on TV, with standout cast of Black comedic actors and guest stars. 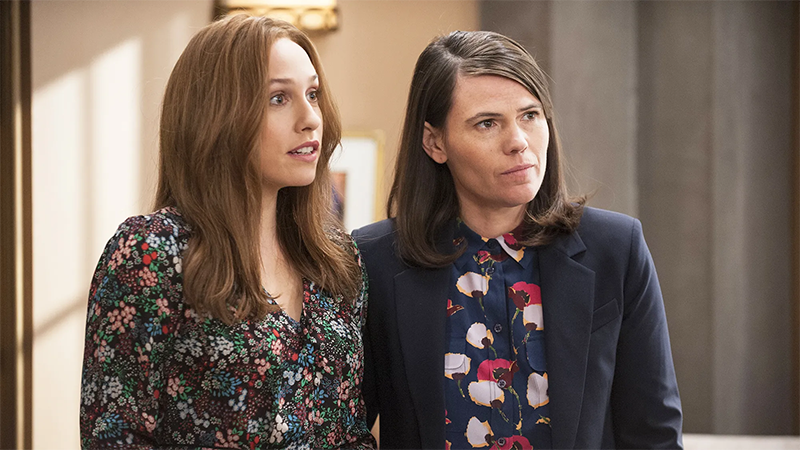 So technically, Catherine does fall in love with Marjorie and come out and get together with her, but it’s absolutely not a love story because it’s not really about them because everything on Veep is about Selina Meyer. There’s nothing sappy on this series and that’s a promise. It’s brutally funny. 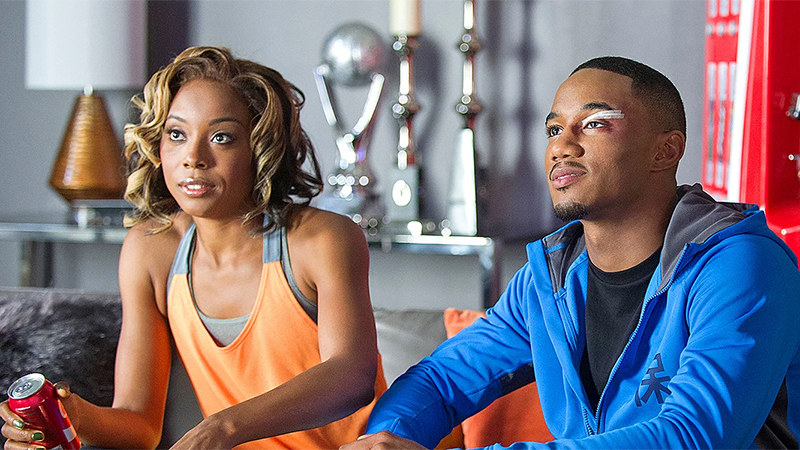 M-Chuck remains one of the most important and under-appreciated lesbian characters in TV history. Her storylines on Survivor’s Remorse do pack an emotional punch, especially in later seasons, but she never stops being hilarious, and her sexy hijinks never fully involve her heart (or yours).

Are You The One? 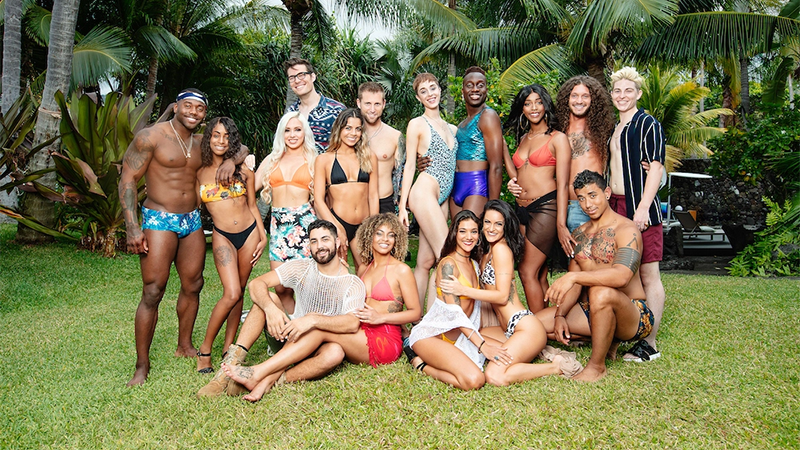 This may be a dating show, but it won’t hurt your queer feelings in any way. It is full of bombastic attempts at connection and complete trainwrecks, and you’ll probably come away from it feeling a lot better about your chances at romantic bliss.