Santa brought Stacy and I a PlayStation 4 for Christmas, and also he brought us Fallout 4, because nothing says “holly jolly season” like wandering around in a post-apocalyptic wasteland with a British robot in a bowler hat. Fallout 4 is the first RPG (role-playing game) Stacy has ever gotten into, and the first shooter game she’s played since GoldenEye 007 back on her Nintendo 64 in high school. It’s also the first video game she’s ever played that includes gay romance options. In Fallout 4, you can play as a lesbian lady, a bisexual lady, a generally queer-identified lady, a lady in a polyamorous situation, and more. It’s so nonchalantly queer!

If you’re unfamiliar with Fallout 4, the concept is pretty simple: You wake up from a cryogenically frozen sleep and work your way out of a bomb shelter in 2287, 210 years after a nuclear war. You’re in Boston. Everything is wrecked. It’s time for adventure! 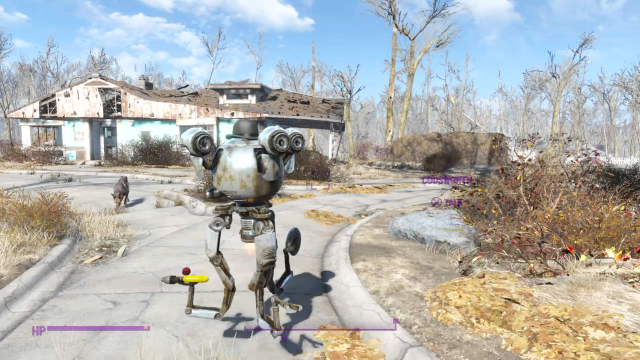 “I perfected Mary Berry’s mini pear pie recipe while you were in your sleep stasis, ma’am.”

Watching Stacy get captivated by a video game has been as fun for me as actually playing a video game. Here are my ten favorite things she’s said while falling in love with Fallout 4.

10. “In my settlement, women are in charge of defense and also careers in science. Women doctors only. Men are in charge of crops. The Red Rocket matriarchy ultimately believes in equality, but it’s only been 200 years since the patriarchy was destroyed; there’s still a real #EndOfMen ethos around here.”

9. “I’m coming to bed in a minute. I just need to finish a quest to get the ballistic weave from this guy so I can wear my plaid shirt as armor.” 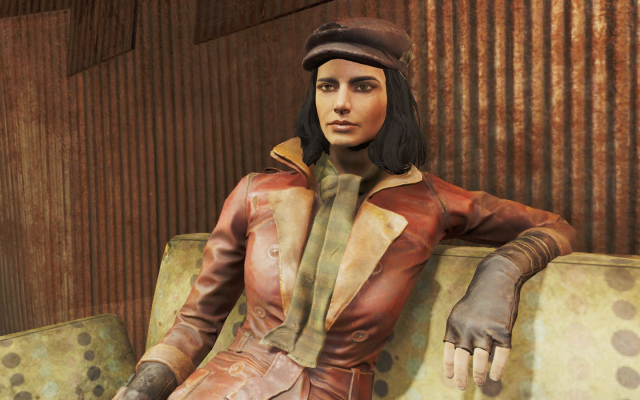 “Jenny Schecter, huh? Yeah, I know who killed her. But that information’s gonna cost you.”

8. “The Brotherhood wants to destroy the synths because they think synths don’t have souls. I guess no WALL-E DVDs survived the nuclear holocaust.”

7. “Huh, I guess Magnolia has three charisma checks. I’m romancing her. I’m romancing her. We’re going on a date? Wait, why did the screen fade to—oh, we’re doin’ it! She’s voiced by Lynda Carter, did you know that? I just had sex with Wonder Woman.” 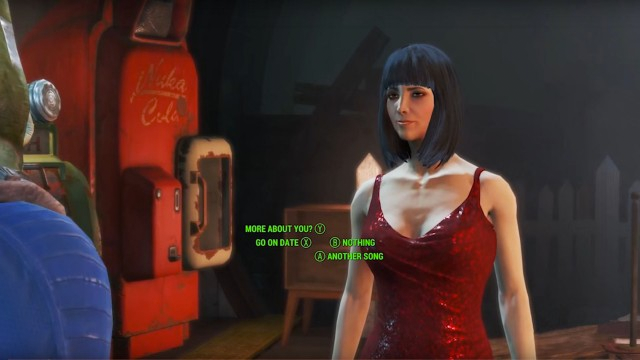 4. “I got some leather pants to go with my plaid shirt. And this hat. And this vest. And these aviators. I may die of radiation exposure but I’ll do it looking gay as fuck.”

3.”I wish this game would let you adopt cats, too. I’d go around and find every cat in the Commonwealth and adopt them and I’d build houses just for them in my settlement with cat posters on the wall and if anyone was mean to the cats, I’d use my flame thrower on them.” 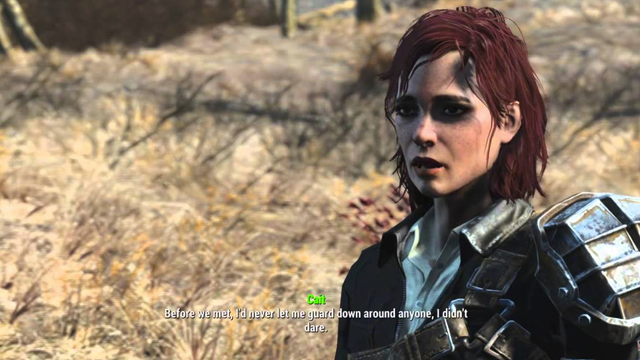 2. “Unlike TV shows, no lesbians die in this game, motherfucker!”

1. “Ultimately, of course, I will choose Piper over Cait because Cait is a full Slytherin and Piper is more of a Hufflepuff like you.”