What do people think of gay marriage this week/year? Check out GOOD magazine and Column Five’s “All’s Fair in Love: Shifting Attitudes on Gay Marriage” infographic for a handy reference. All data came from the Pew Research Center, Gallup, Reuters, the Huffington Post, Polling Report, Forbes, CNN, and ABC News, and probably tells you mostly things that you already know. But it’s so pretty! 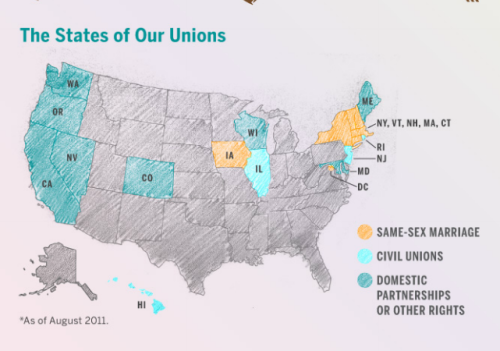 This is just one corner of this exciting infographic. Via GOOD.