Since last week’s Ethics of Lust focused on scantily clad – and fully clothed – people walking around in public, I thought this week’s post could focus on scantily clad people inside, or more specifically in strip clubs and burlesque halls. 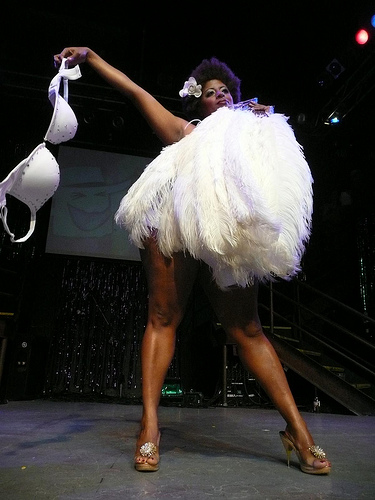 It’s hard to talk about modern day strip clubs without at least a minor throwback to the days of yore, when Salome did the Dance of the Seven Veils for Kind Herod, Mata Hari did her infamous provocative dance at the Moulin Rouge that took her down to only a jeweled bra and headdress and Gypsy Rose Lee made her way past vaudeville and into stardom with her quick and quirky routines that often bared very little of her skin.

In 1930’s London, the Windmill Theatre circumvented the law that nude women could not move by providing tableaux vivants, or “live pictures,” in which the naked women would pose theatrically and not move during the duration of the act. Other places, including the Moulin Rouge and Folies Begère in Paris, adopted similar tactics to avoid the authorities, setting an early tradition of stretching the law in nude performance halls. 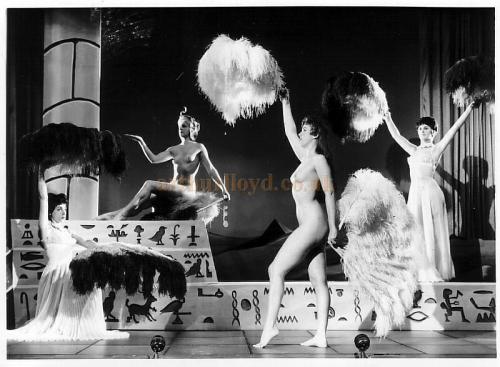 The “stripper” that is prevalent in today’s culture is often attributed to Carol Doda, the first known topless go-go dancer, and the lap dances that are now standard in strip clubs are attributed to Doda’s San Francisco neighbors the infamous Mitchell Brothers and their O’Farrell Street Theatre. The popular pole dance was created in the late 20th Century in Canada and spread through the international Spearmint Rhino clubs until it became not only a staple in most clubs but also an art form practiced in circuses, performance halls and even gyms worldwide. 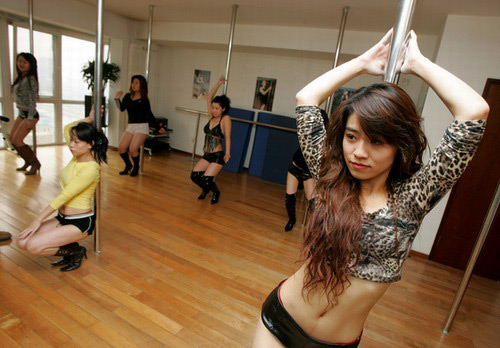 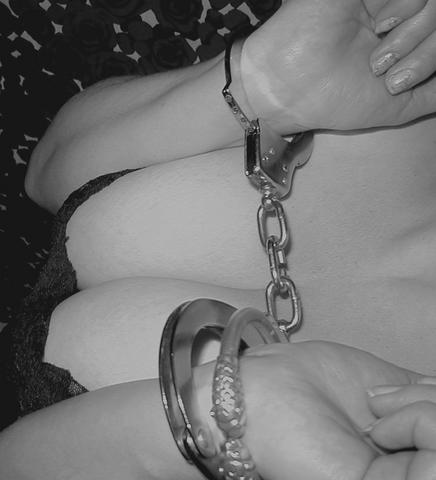 To help protect the performers, most governments regulate alcohol intake and the distances between the clientele and the dancers, especially when they’re nude, and all (that I’ve found at least) outlaw drugs in nude establishments, even more liberal places like Amsterdam. Many countries, including Iceland, Canada and Japan, have recently started limiting special visas they give to “entertainers” having – not so shockingly – found a connection between these special visas and human trafficking. Yet despite government attempts to mitigate harm perpetrated against performers, crime, especially organized crime, still runs rampant through clubs and places like Iceland, Amsterdam and South Africa are in the process of shutting down multiple establishments in the hopes of cutting down on crime. 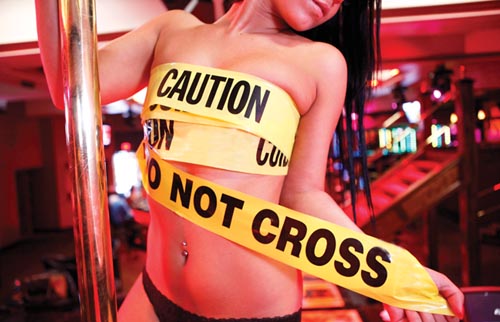 However, a 2008 report by Australia’s NSW Bureau of Crime Statistics and Research showed that more crime happens in “places of worship” than in places for “adult entertainment.” Some speculate that this is only because crimes in adult entertainment establishments are less likely to be reported, but I’d argue that – at least in regards to sexual assault – a nude performer is just as likely to report harassment by a client, coworker or boss as say an alter boy is to report harassment by a priest. That said, the fact still remains that, especially in less regulated areas, sexual assault or coercion happens quite frequently in nude and partially nude establishments – including more soft-core places like Hooters and male establishments as well. 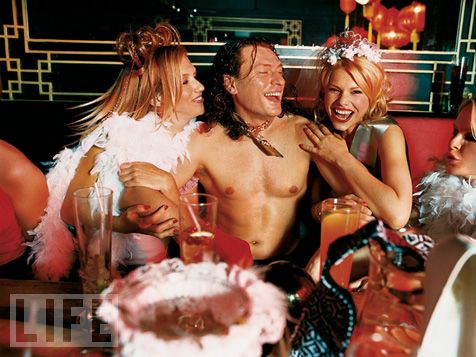 The U.S. Supreme Court case of Barnes v. Glen Theatre, Inc. gave jurisdictions the right to outlaw full or partial nudity, and Erie v. Pap’s A.M. confirmed this ruling stating that while limiting stripping is limiting free speech, outlawing stripping is allowed to help mitigate secondary crime. Many jurisdictions, including Houston and Detroit, outlaw showing women’s nipples (although male nipples are fine) and places like California only allow full nudity if alcohol isn’t being consumed. Even in a place like Portland, OR, where the famously lax strip club regulations have led to the most strip clubs per capita than any other town, performers outside of specified establishments must still wear pasties on top and cover their genitalia on bottom when dancing. Luckily for all of us burlesque performers in Portland, there are plenty of places to purchase pasties and merkins nearby and online.

Via Dirty Martini and the New York Burlesque Festival

While it may be legal to ban and limit nude performances, many stripper and sex worker’s rights advocates believe lawmakers should focus less on their issues with nudity and more on labor issues such as legitimate wages, sexual harassment in the workplace and health benefits. Places like the Lust Lady, a famous unionized nude bar in San Francisco and one of my favorite nude establishments, have lobbied for strippers rights and have made a name for themselves by thinking outside the normal strip-club box, including featuring dancers that aren’t traditionally seen in strip clubs like plus-size women, women of color and butch women. 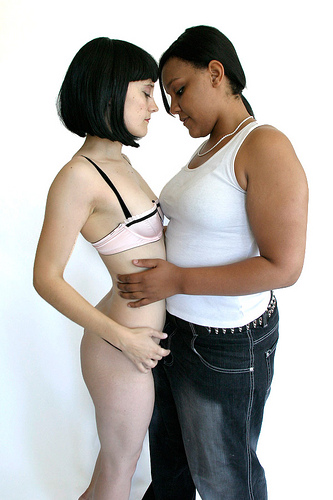 The Neo-burlesque movement has also done a lot to encourage open-mindedness about nudity and the strip-tease. Conventions like BurlyCon and Tease-O-Rama encourage people of all shapes, sizes, colors, sexual orientations and gender identities to get up on stage and feel sexy, often incorporating humor into their routines. The Burlesque Hall of Fame, located in Las Vegas, immortalizes these routines and recognizes the intricate art of the strip-tease while respecting and protecting the rights of the performers. 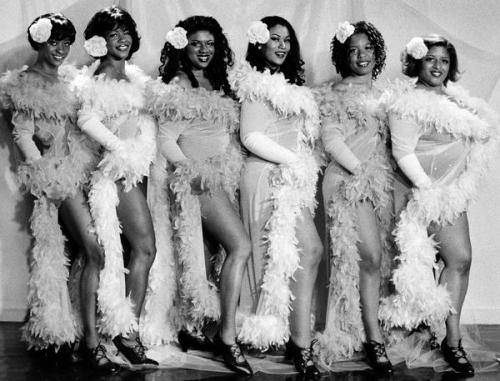 Possibly because of the stripper’s rights and neo-burlesque movements, laws in the United States and elsewhere regarding stripping and the strip tease are becoming more liberal, allowing for a broader standard of morality and decency than was seen before. However, self-regulation is far from being achieved and, if only for the protection of performers, it will be a long time until we see laws controlling activities of nude performers abolished.

Join A+
Related:the ethics of lust