Now that we know World of Warcraft: Cataclysm will rend our social lives asunder on December 7th, it’s high time to take stock of the sweetest new stuff en route to Azeroth.

There’s no question in my mind that rolling a worgen is the first thing I’ll do when I fire up Cataclysm. I was lured to the shaman class with the promise of transforming into a translucentish wolf when the mood struck, and I’ve never looked back. And yeah…if abrasive, green-skinned money-grubbers are your thing, then you’ll probably find a lot to love with the newly playable goblin race. 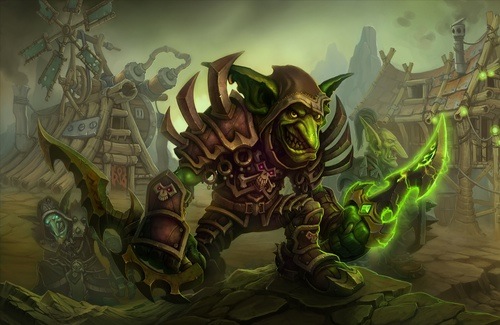 Sure, we all love Azeroth as we know it, but leveling a new alt through the old world grind just to get to the newer content gets increasingly painful each time around. But come Cataclysm, the winds of change will blow across the old world, transforming everything from Orgrimmar to the Shimmering Flats (which are now happily underwater–I hate them). Not only will there be a slew of new quests and new zones, but the terrain and pretty much everything else will be made new thanks to Deathwing, WoW’s latest world-sundering mega-boss.

WoW’s an amazing, cutting-edge game for a lot of reasons, but the graphics have never been something to write home about. They’re pleasantly stylized and more than adequate for such an rich experience all-around, but one look at a polygonal, swiss cheese-esque leaf on an Eastern Kingdom tree and it’s apparent that the old world is hurting for a visual update. 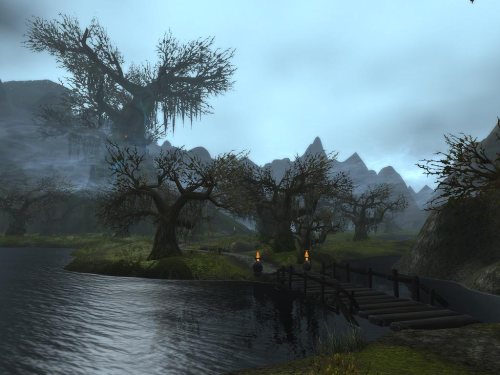 As a rampant altoholic, new offerings for race and class combinations are right up my alley. Tauren paladin, please, with a side of Troll Druid.

While underwater zones traditionally inspire an acute type of full-body panic in me, the new underwater zones in Cataclysm look to buck the trend. And since you won’t have to scramble around for air bubbles to keep you from an untimely underwaterly death, there’s nothing to stand between you and a full-on naga massacre. Also, new underwater zones, like Vashj’ir, will shine with WoW’s long-awaited graphics improvements.

While these are 5 undeniably epic WoW changes, they barely touch the surface of what’s on the way to everyone’s favorite veritable black hole of an MMO. What are you hankering for come December 7th?