Until this week, the only thing I knew about the TV show Yellowstone is that Republicans fucking love it. I have guessed a few things from the commercials, such as: Kevin Costner is the prickish president of the Wild West, and the father/grandfather to a lot of dillholes in cowboy hats. There’s a bunch of horse-riding involved in Kevin Costner’s machinations. Another woman one time pulled a knife on whoever Piper Perabo is on the show. And I think there’s a prequel where Helen Mirren goes around pointing a shotgun at a lot of men, saying, “Get your ass outta here!” It’s the only show people from my hometown post about on Facebook, which says way more than any summary I could give you. This past week, especially, Yellowstone viewers have been in absolute hysterics on social media, screaming WOKE! WOKE! WOKE RUINING WOKERS! Which, of course means something gay happened. 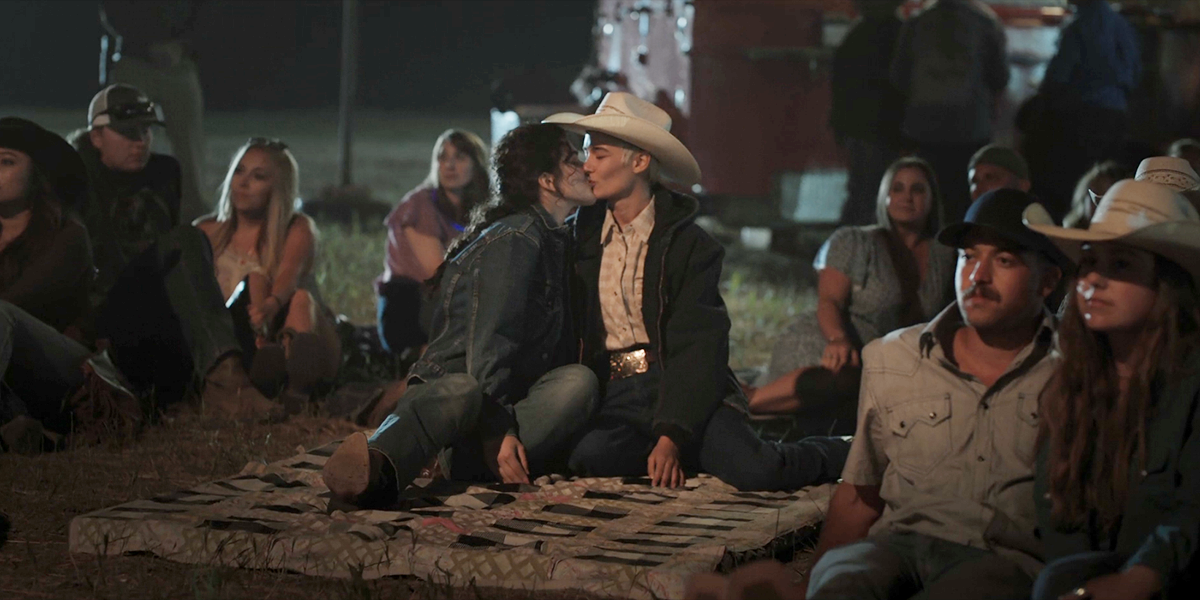 I watched only the one episode, “The Dream Is Not Me,” because Yellowstone is like five seasons long  — and so now here’s what I know: Kevin Costner is actually the governor of Montana and the patriarch of a cattle ranch. Piper Perabo is his love interest/antagonist. His assistant is named Clara, and he finds out she’s gay at the same time we do: when he peeps her kissing another woman, who’s wearing the most enormous lesbian belt buckle you have ever seen in your entire life, at the county fair. He’s not bothered by it, and actually uses their big gay public affection as an excuse to do some of his own boring straight public affection. I don’t even think the belt buckle girl has a name. Maybe I should give her one. Patty. No, Patti. Clara and Patti kiss in the background so Kevin Costner and Piper Perabo can kiss in the foreground (behind his cowboy hat).

So by my mathematical estimation, that’s 48 hours of Kevin Costner on a horse doing cow things, and two seconds of Clara and Patti smooching. Alas:

Even Yellowstone has gone woke, and gay!

@Yellowstone I don’t have a problem with two women want to kiss each other but why do you have to shove it in your face? What a turn off.

Even Yellowstone went gay, and woke!

Yellowstone is trying to go #woke They are feeling the audience out this season.

One other thing I noticed during my one-episode watchalong is that Kevin Costner’s family are THE VILLAINS. I think maybe this show was already WOKE??? Either way, you can’t fight the moonlight. Good luck, Clara and Patti!

You can stream the first four seasons of Yellowstone on Peacock and the most recent season on Paramount+, which you probably know as the Star Trek/Good Fight app.