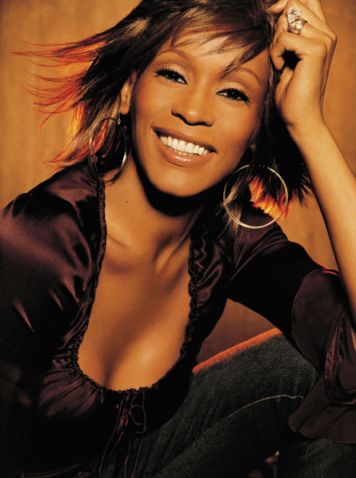 Whitney Houston‘s “I Will Always Love You” was the best-selling single by a female artist in music history, and if you listened to The Bodyguard soundtrack on repeat in 1992, as I did, then you’re probably hearing it over and over and over again in your head right now, as I am, because Whitney Houston died today.

The 48-year-old singer was found dead by her bodyguard this afternoon in her hotel room at the Beverly Hills Hilton. An event was being held tonight at the hotel to celebrate tomorrow’s 54th Annual Grammy Awards. Houston herself performed at a pre-Grammy event on Thursday night.

Whitney Houston was born on August 9, 1963 in Newark, New Jersey, the daughter of an Army serviceman/entertainment executive and a gospel singer. Dionne Warwick was her cousin and Aretha Franklin was her godmother. Of Houston’s death, Franklin says, “I just can’t talk about it now. It’s so stunning and unbelievable. I couldn’t believe what I was reading coming across the TV screen. My heart goes out to Cissy (Houston’s mother), her daughter Bobbi Kris, her family and Bobby (Brown).”

Houston toured nightclubs with her mother as a teenager and at 15 was singing backup on Chaka Khan‘s “I’m Every Woman.” While continuing to sing and perform, Whitney went on to become one of the most popular teen models of her time, with spreads in Glamour and Cosmopolitan, amongst others. In 1983, Artista’s legendary Clive Davis saw Houston performing in a nightclub and offered her a worldwide recording contract. She released her debut album in 1985.

Between 1985 and 2010, her entire career happened, and maybe I will write about it, I don’t know — right now I just wanna do the same thing you wanna do, which is watch “I Wanna Dance With Somebody.”

I was 11 when Rebecca Glowaki performed her dance to “I Wanna Dance With Somebody” for me in her basement in Concord, Massachusetts. She was on some kind of dance team, one of those things. Sometimes she would lock me in her basement, which in retrospect was fucked up but at the time was thrilling. It was carpeted and cold and I was totally riveted by her routine, especially at the end, when the tape deck abruptly clicked off, and Rebecca told me, “And then we kissed,” talking about herself and her dance partner, who had been dancing with her in her imagination throughout the entire routine, apparently. I was so blown away by all of it — how good she could dance, how much I loved the fuck out of that song and how much I honestly truly felt all the time that I indeed wanted to dance with somebody who loved me, and how insane it was that I knew somebody who had kissed somebody. I know it was a fun pop song about parties and mini-skirts and springy curly hair and shimmery purple eyeshadow, but for me it was a song about wanting to dance with somebody who loved me. It just-so-happened to be fun, too, which made wanting that seem fun. It made wanting feel fun, just like “I Will Always Love You” made loving somebody no matter what seem romantic instead of crazy and just like “How Will I Know” made feeling insecure about whether or not somebody loved you seem intriguing and not pathetic. She just had a really beautiful voice that made everything seem so huge and epic but also, I guess — “heartfelt.” That’s a good word for the things she did. Heartfelt. Her heart felt.