Before we go any further, I want to put a disclaimer upfront: This is a very silly article about two deeply revered women (one of whom I sincerely believed helped save my life, just so you know where I am coming from, I’m serious about Toni Morrison, always) — and either you are into that sort of thing or you’re not, no judgement. But do know I’m at least 35%-75% joking, depending on the exact moment your eyes fall on the page, about everything that happens after this point. If discussing potential relationships of literary giants is not for you, feel free to close this and move along. Ok great! FOR THE REST OF US! Respectfully, did you hear this supposed rumor that New York legend, writer, comedian Fran Lebowitz maybe perhaps dated the GOAT Toni Morrison?!?!

Toni Morrison’s birthday was this past Friday February 18th. It’s also Audre Lorde’s birthday, and therefore a national holiday for bookish Black girls who have too many feelings and not enough notebooks to hold them all. Anyway! Back on subject! Among a variety of “Happy Birthday Toni Morrison” posts across social media was this post from the Instagram account @betteportergallery (which is curated by comedian and TV writer Liza Dye) that references an old Jeremy O’Harris tweet from last August (my opinions about Jeremy O’Harris and his multiple Tony nominated Slave Play are being redacted at this time). I know that’s a lot of hands already in exchange, so are you keeping up?

In August, it appears Jeremy tweeted “When are we allowed to talk about THAT couple? I really need to know! Can the black council tell me when we are unsealing those documents?” to which Holland Taylor responded, “Oh maaaan” and Liza Dye responded to Holland with a picture of Fran and Toni. Jeremey then responded to that tweet with a sequence of eye emojis and Holland responded seemingly affirmingly with “Mmmm-hmmmm.”

Liza’s Happy Birthday Toni Morrison recap of the events was picked up by the popular Instagram account @godimsuchadyke, which is how in turn it landed in the Autostraddle slack, burning it down into flames in a matter of minutes. We had so much fun running through the possibilities — is it really possible that THEE TONI MORRISON was having a relationship with FRAN LEBOWTZ this whole time and literally none of us knew it??? Us?? Speaking for myself, I have to believe that if Toni Morrison, a woman who’s books I greet every morning on nightstand (and no, I’m not kidding) was even a little bit rainbowing, that would’ve come up. The first time I read Morrison, it was because someone I had the biiiiiiigest lesbian crush on put her words into my hands. IT. WOULD. HAVE. COME. UP. 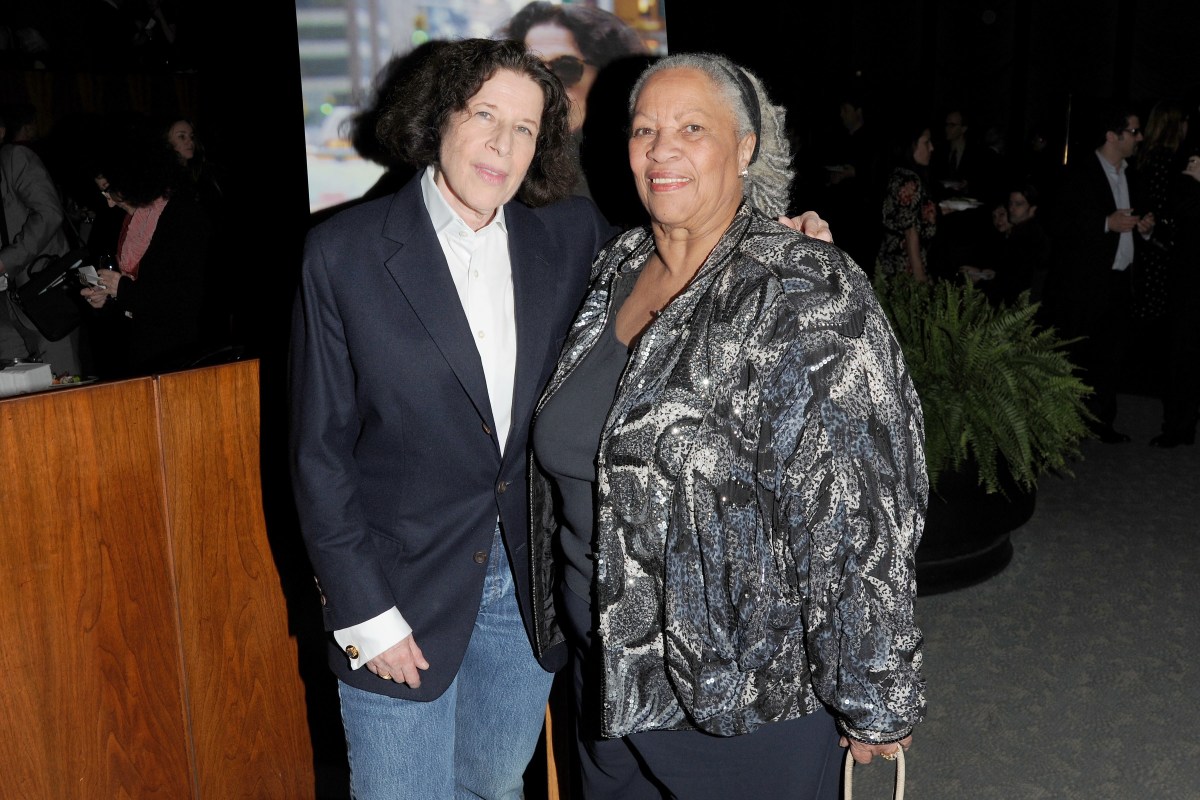 Fran also spoke at Toni’s memorial in 2019, following her passing from pneumonia. She wrote in tribute to her for The New York Times and as a part of a compilation of people honoring her after her passing in The Paris Review. I’ve been told that Toni Morrison also shows up a few times in Fran’s Netflix series, Pretend It’s a City. Toni Morrison wrote about the strength and difficulty of love frequently, but there’s little I could find about her own romantic life. She married Harold Morrison and divorced him in 1964. Fran Lebowitz, is of course famously a lesbian, and she’s had quite a few — almost always, short — relationships over the years. In one of her more famous quotes (to Interview magazine in 2016) she said, “I’m the world’s greatest daughter. I’m a great relative. I believe I’m a great friend. I’m a horrible girlfriend. I always was.” We love a woman who knows herself, her strengths, and her weaknesses! 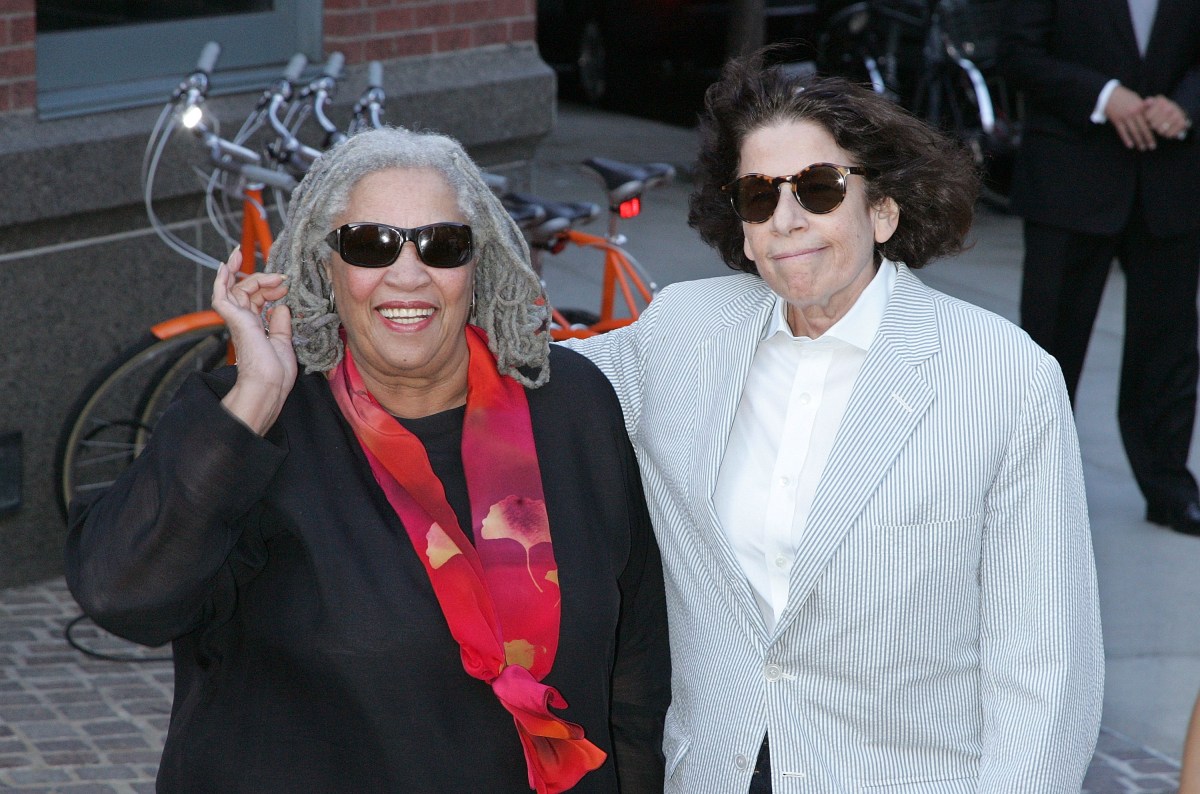 And maybe, that’s the key to it all. Maybe Fran and Toni worked because they were friends, not lovers. In 2021, Lebowitz told The Guardian of their 40 year friendship (40 years!!) that “it was an instantaneous friendship. I don’t know how to describe it but it was like falling in love, except it lasted.”

“It was like falling in love, except it lasted.” All jokes aside, that’s the most romantic sentence I’ve read this year. 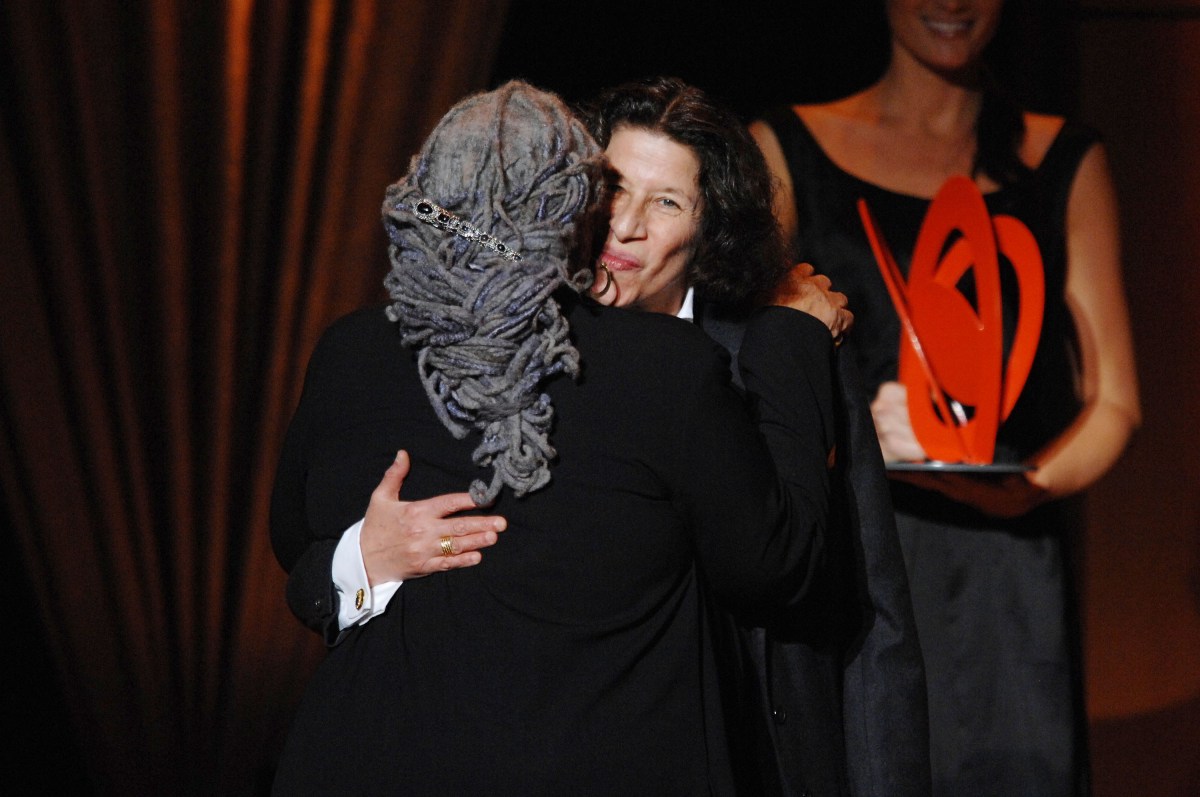 So if you were hoping this very silly dive would bring us to a satisfying conclusion about how Toni Morrison was secretly a les, then I’m sorry I don’t have much more for you. It seems at least Holland Taylor thinks so — or comfortably enough to give a few winking hints on a public forum. But also maybe Holland Taylor was bored online and stirred the pot for fun because she was waiting for Sarah Paulson to come from the farmer’s market. We’ve been here. I mean not necessarily with Sarah Paulson, but you know. And I get the impulse to get caught up in imagining, even if it’s not there, because who hasn’t hoped you might get to see even the smallest glimmer of yourself in a woman you admire?

That all said, I also think there’s something beautiful a 40 year friendship with the love of your life. Sometimes that’s enough. Honestly, sometimes that’s all there is and maybe — if we let it — that’s all you need.

In conclusion, friendships are beautiful, emotionally intense friendships are even better, to quote the famous Instagram account “God I am such a dyke!” and a Very Happy Black History Month to any other queer Black girl who found even three minutes of joy in this hard life by reading this dumb post. I love you the most.