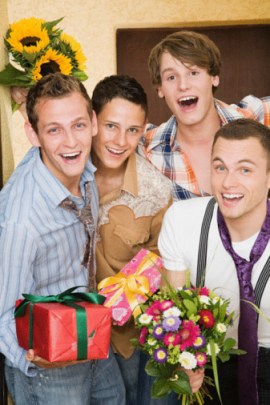 an example of supportive gay people

A study conducted in Oregon, home of the world-famous Oregon Trail, Lon Mabon’s Oregon Citizens Alliance and the Ashland Shakespeare Festival, has revealed that in counties where LGB students are acknowledged and respected, LGB students feel more acknowledged and accepted and therefore less likely to want to die. 20% less likely, in fact. Furthermore, counties with a higher proportion of Democrats showed a lower suicide rate.

The study of nearly 32,000 11th-grade students in Oregon found that LGB youth were more than five times as likely to have attempted suicide in the previous 12 months, as their heterosexual peers (21.5 percent vs. 4.2 percent). Using a new tool designed to measure social environment, Hatzenbuehler found that LGB youth living in a social environment that was more supportive of gays and lesbians were 25 percent less likely to attempt suicide than LGB youth living in environments that were less supportive.

The five measures assessed as indicators of the social environment surrounding LGB youth include:

5) proportion of Democrats in the county.

A supportive environment also resulted in a 9% lower rate of attempted suicide by heterosexual students — which makes sense. An environment which embraces or is, at the very least, tolerable of difference, benefits weirdos of all stripes, from homos to Dungeons & Dragons enthusiasts. Says Hatzenbuehler:

“The results of this study are pretty compelling. When communities support their gay young people, and schools adopt anti-bullying and anti-discrimination policies that specifically protect lesbian, gay, and bisexual youth, the risk of attempted suicide by all young people drops, especially for LGB youth.”

Although this whole thing seems terribly obvious, we’re up against formidable opponents (including “history” and “the patriarchy”) in the fight to tell kids they are not disgusting sinners and that they are all actually special snowflakes, and these kinds of statistics are what helps move public policy forward. Assumptions (as obvious as they are) doesn’t get shit done the same way that numbers do, especially when the other side makes a lot of shit up. For example, as discussed on Oregon’s Public Health website, data from the annual “Oregon Healthy Teens” survey has been used to secure grants and influence policy in a major way. 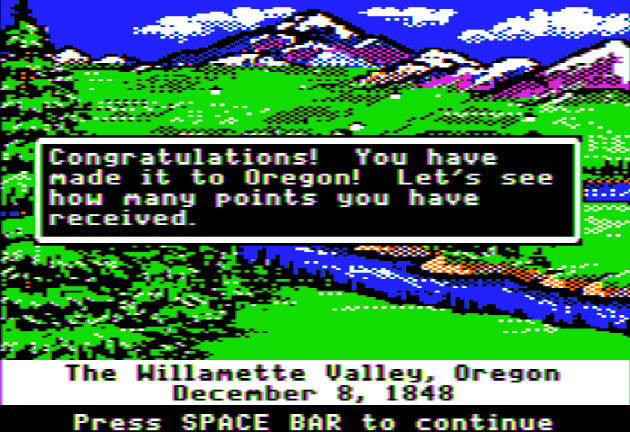 The fact that Democratic counties sported lower suicide rates is also interesting, and consistent with recent research on Suicide Rates divided by geographical area. If you compare 2004 election results with a 2005 list of state-by-state suicide rates, it’s pretty stunning — amongst the ten states with the highest suicide rates, nine voted for George W Bush. The outlier, interestingly enough, is Oregon.

P.S. What struck me about some of the media coverage of this study, however, is the number of media outlets which reported this study as assessing the suicide risk of “LGBT” students (here’s one example) (here’s another), despite the fact that Hatzenbuehler never mentioned doing any research on trans students specifically (aside from trans students who identify as lesbian, gay or bisexual, obvs). Trans students face an overlapping but also distinct and arguably far more arduous set of challenges in school environments and there are formidable challenges to adequately studying trans students (in fact, this study was conducted in Oregon because it was the only state which tracked the qualifiers necessary to even study gay students), so their exclusion from this study isn’t necessarily alarming — but I feel like for journalists to toss the “T” in there like it’s just another letter does a disservice to the community (especially when suicide-prevention organizations like The Trevor Project don’t even have a transgender person on their board) by giving itself credit for something it didn’t do. It’s damaging to say you represent a group you’re not actually representing, like how LOGO is all like “we are GLBT TV” so like “lesbians have a teevee channel too” but we don’t because let’s be real, Logo is just G-TV at this point. Obviously that’s a less serious example but you know what I mean?