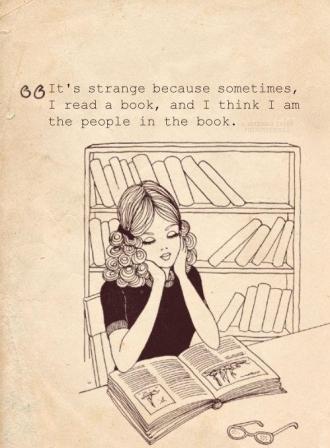 HELLO and welcome to the 49th installment of Things I Read That I Love, wherein I share with you some of the longer-form journalism/essays I’ve read recently so that you can read them too and we can all know more about fan fiction and Nickelback! This “column” is less feminist/queer focused than the rest of the site because when something is feminist/queer focused, I put it on the rest of the site. Here is where the other things are.

Love on the March (November 2012), by Alex Ross for The New Yorker – “By the time Reagan first spoke at length about aids, in May, 1987, the death toll in the U.S. had surpassed twenty thousand. What I remember most about my first sexual experience is the fear. Today, gay people of a certain age may feel as though they had stepped out of a lavender time machine.”

The Man Who Smelled Too Much (November 2012), by Gendy Alimurung for LA Weekly – A homeless guy gets a $200K settlement in a case against the MTA and rents his first apartment — only to ultimately be driven from it by neighbors frustrated by his resistance to bathing and wearing shoes. It’s a weird story.

Slash and Burn (November 2012), by Amanda Hess for Tomorrow Magazine – It’s about gay One Direction fanfiction, the fans who write it, the fans who get really upset at the fans who really want two of the guys to be gay lovers for real — but then she also gets into how the outdated tired simplistic one-note conceptions of female sexuality and teenage love peddled by OD’s generic pop songs (and the songs of boy bands who have come before them) is perhaps part of what fuels the fans’ desires to create a more compelling and sophisticated narrative:

Until top 40 catches up, girls like Cassady will keep slashing it down. With few strong female characters represented in books and movies and One Direction songs, romance between two male friends gives girls the opportunity to explore a relationship based on equality and respect. The boys fuel the fantasy when they step out looking “very comfortable with themselves,” Cassady says. She loves that they’re “so close.”

If You Go Chasing Rabbits... (February 2001), by Gene Weingarten for The Washington Post – “I decided that maybe it was better to wear the tie, after all, because I could always take it off if we were incompatibly attired. I decided to use my daughter’s car, because it is clean, as opposed to mine, which is filled with old newspapers and soda cans and stray bits of food products decaying in aluminum foil. I decided I had not prepared this rigorously for my interview with George W. Bush.”

Genius: The Nickleback Story (November 2012), by Ben Paynter for Bloomberg Businsssweek – If you’ve ever wondered why the fuck this terrible band is so successful then here’s your answer! Obviously I found this fascinating. Also I have to admit that I thoroughly enjoyed Someday and How You Remind Me back in the day when I drove a vehicle and listened to loud music in said vehicle. It’s okay if you don’t respect me anymore.

A Basketball Fairy Tale (November 2012), by Sam Anderson for The New York Times –  I’ll read Sam Anderson write about anything, obviously, but this piece on the Oklahoma City Thunder and its “nice-guy susperstar” Kevin Durant is fantastic whether you are unnaturally obsessed with Sam Anderson or not.

Book Shopping With The Best-Read Man in America (November 2012), by John Lingan for The Paris Review – Just when you think you know something about what people read and what you should read and what needs to be read, somebody busts out an article like this chock-full of allegedly must-read authors you’ve never heard of. Also, as a bibliophile myself, I love hearing how other people shop for used books.

In the Shadow of Wounded Knee (August 2012), by Alexandra Fuller for National Geographic – “On the night she heard of Jumping Eagle’s suicide, Martinez said, she could feel the victim’s pain—as if the body of the dying girl had briefly broken its bounds and inhabited her own. “I know why a lot of young girls try to kill themselves on the rez,” Martinez said. “We’re all in constant danger of losing ourselves, losing our identities. It’s a daily struggle for each and every one of us to be fully Lakota. And sometimes we lose the struggle, and then the men take out their feeling of worthlessness on the women, the women take out their feelings of worthlessness on themselves, and everyone takes out their feelings of worthlessness on the children.”

Come On Feel The Buzz (November 2012), by Alex Pareene for The Baffler – On how Politico is evil and kisses Matt Drudge’s ass and basically just panders to the egos of the worst people in Washington and claims to make money doing so but probably doesn’t. Disturbingly, it ends with discussing how one of Politico’s top people has shaped Buzzfeed in his new position as Politics Editor at Buzzfeed.

Are You Bipolar? (March 2004), by Vanessa Grigoriadis for New York Magazine – I feel like what we know about Bipolar Disorder has evolved since this article was written? It wasn’t what I expected it to be but it was an interesting read.