It’s time for the podcast you’ve all been waiting for: “To L and Back” Live in L.A. With The L Word®: Generation Q Cast: an Autostraddle x SHOWTIME® Event!” We had an incredible time on Wednesday making this particular work of lesbian art come to fruition, and you’ll get a FULL EVENT RECAP from us later this week which’ll include pictures of your shiny happy faces! Here we are after the recording, also feeling shiny and happy! 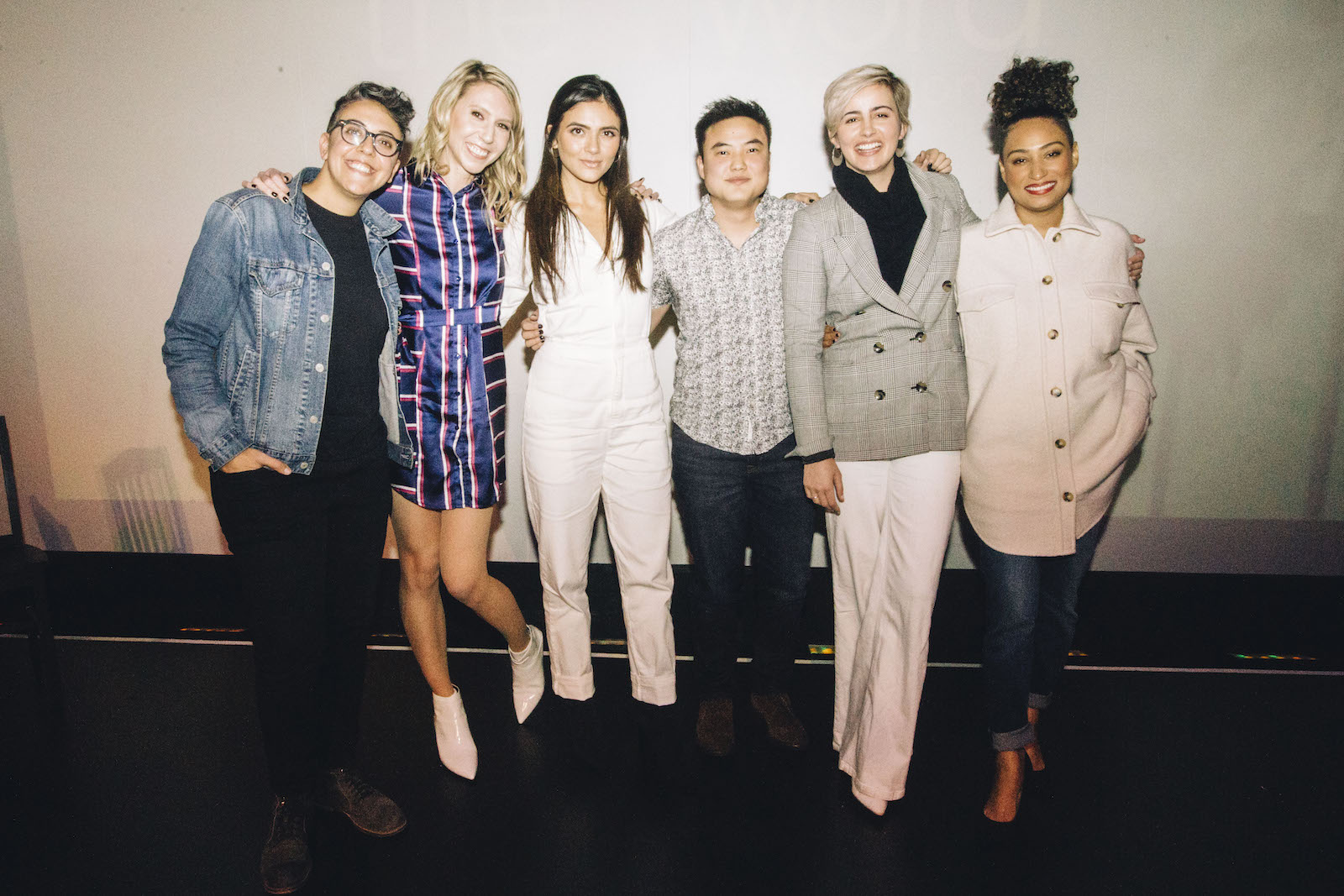 Recorded at the LA LGBT Center with an audience of ~200 delightful humans, Carly and Riese talk to Jacqueline Toboni (Finley), Leo Sheng (Micah), Rosanny Zayas (Sophie) and Arienne Mandi (Dani) about filming sex scenes, L Word origin stories, riding losing winning, falling in love with your best friend, on-set shenanigans, fan fiction, fangirling and so much more! Plus: use code AUTOSTRADDLE at showtime.com/try30 for a 30 day free trial of SHOWTIME®!

As we announced at the show, we’re going to be taking the next eight weeks off of your regularly scheduled “To L and Back” original series recap podcast and in its place you will find a “Generation Q” podcast, hosted by Analyssa Lopez and Drew Gregory. Analyssa is a self-appointed “pop culture lesbian” working in television as a creative executive whose interests include tv criticism, celesbian gossip, and crossword puzzles. Drew is a writer, filmmaker, and theatremaker you may know from her work writing on Autostraddle, Bright Wall/Dark Room and Thrillist, among others. We’re all very excited for the unique perspective they’ll bring to the table in my kitchen. This week’s Gen Q podcast will debut Thursday because Karen can only do so many things in one day, but in subsequent weeks you can expect it to turn up on Mondays as usual.

I will be recapping Generation Q in print right here on this website and will see you back on the pod on February 3rd! We hope you love this very special episode as much as we loved making it for you.

Riese has written 2771 articles for us.