Tuesday night, in what almost felt like a Glee fugue state, Supergirl and The Flash joined forces to present a musical spectacular. The songs were downright delightful, and I could forever watch Kara and Barry work together and complement each other’s big goofy hearts, dashing and dancing and saving the day. Plus Melissa Benoist (Glee‘s Marley Rose/New Rachel) and Grant Gustin (Glee‘s Sebastian Smythe) are such talented triple-threats, it would have been a shame to never leverage their comedic timing and friend-chemistry while also showcasing their talents. The CW made it A Thing and even added Darren Criss (Glee‘s Blaine Warbler) to the mix as the Music Meister.

When we left Kara on Supergirl, she was thrust on stage and told to sing. When Barry finds her again on The Flash, she has apparently decided to just go with it, and is singing a beautiful rendition of Moon River. One of the biggest travesties of Melissa Benoist’s stint on Glee (besides the eating disorder Kitty actively gave her and having her disappear without a trace) was that they rarely if ever gave her a pure solo. But this song is all Kara, beginning to end, and it’s beautiful. And because Melissa Benoist is a gem, you can watch her face go from, “Why am I even singing? Is this happening?” to “Fuck it, if I’m going to sing this song, I’m going to SING this song.” There’s even a cute moment when she notices Barry in the crowd (who just sits down to watch, awestruck) at the moment the song gets to the line, “My huckleberry friend.” She actually says “Barry” at the perfect time, so if you listen closely she actually says “HuckleBARRY! Friend”. And I don’t know exactly what a huckleberry friend is, but if anyone’s a huckleberry friend, it’s Barry Allen.

Most of the plot took place in a dream universe of the Music Meister’s making, and those parts were fun to watch. I spent most of the middle bits with my hands on my cheeks to keep my smile from breaking my face. There were some glaring problems toward the end of the episode, though, that contradict everything nice I said in my Supergirl recap on Tuesday. And by “glaring problems” I mean “Mon-El.” 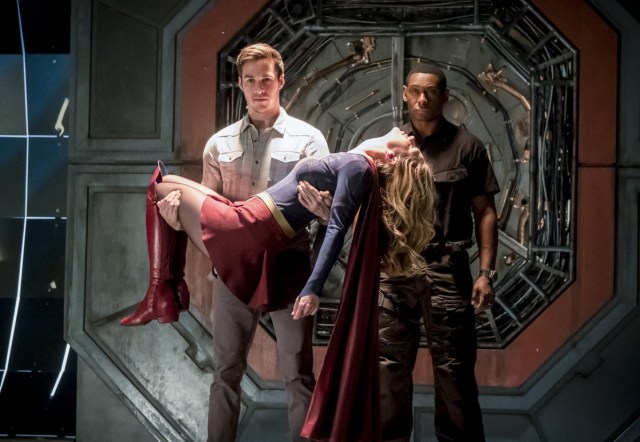 At the beginning of the episode, Kara literally told Barry that Mon-El was her “nothing.” She was still angry at him for lying about being a murderous prince, and nothing had transpired to make that change. At the end of the musical story within the regular story, Iris and Mon-El kiss Barry and Kara awake, respectively. True Love’s Kiss or whathaveyou. And just like that, Kara forgave Mon-El. Totally forgiven, with a quick little, “Never lie to me again or I’ll kill you! Teehee!” Just because the Music Meister said so? Because everything is easier in a musical?

Darren Criss is incredibly talented. I like him, as an actor, a lot. And I liked Blaine Warbler once, I did. Music Meister was like Blaine went to whatever fancy music school and got a few gigs in some esoteric Off-Broadway shows that get vague reviews like “so definitively abstract” because no one has any idea what the hell is going on, then walks around acting like he knows everything. The stated purpose of the Music Meister was that he saw two people in different universes who happen to know each other and were having relationship troubles, so he wanted to bring them together to force them into True Love’s Kiss to remind them — and I quote — “Love is about letting yourself be saved.” Which I feel fairly certain is not what love is about? At least not only. At least not always. When he left I was a little surprised no one sang, “Well the battle’s done, and we kinda won?” 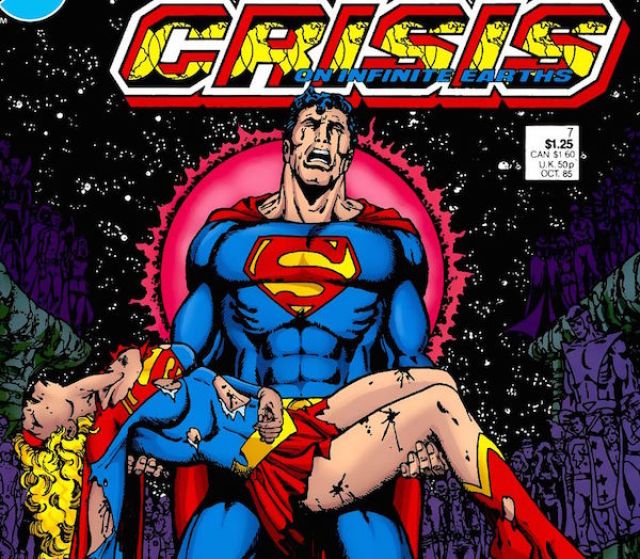 I don’t know where Kara goes from here. Supergirl fans, as a whole, have been really frustrated about Mon-El since his arrival, and this crossover episode only cemented the troubling things about the way his relationship with Kara is being written. It’s a dynamic that is more frustrating and egregious when it’s juxtaposed with Kara’s relationship with Lena Luthor. One is grounded in real chemistry and shaped by misunderstanding, communication, and growing affection. The other is — look, even enormous even mainstream geekery websites know he’s flat and weak and boring.

I don’t know if Kara and Mon-El’s reconciliation will stick. Maybe the next time Mon-El lies to cover his own ass (and you know he will), she’ll realize that actually the ending to the movie Grease (despite being one of the best movie musicals of all time) is kind of bullshit, because Sandy changes her whole entire deal and Danny puts on a track jacket for like three seconds before realizing Sandy changed so he didn’t have to and that’s way easier. And then Kara will dump Mon-El for good? Then she can start anew? 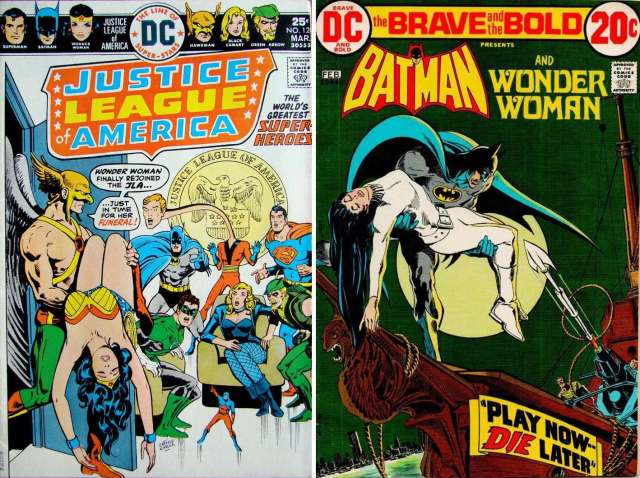 And even though I get that Alex is happy in a relationship and just wants her sister to be in one too, I wish she was playing the Elsa to Kara’s Anna and saying things like, “You can’t marry a man you just met/forgive a man for no reason!” even if Kara, like Anna, has to learn it on her own. Speaking of which: Why didn’t Alex travel to the musical episode instead of J’onn? Chyler Leigh can sing, I’ve seen it. On Grey’s Anatomy, with her husband’s band. J’onn didn’t sing at all! Why, I ask you, did they deny us the sweet, sweet vocals of Alexandra Danvers?! Kara even says that Alex tells her she puts the “Kara” in “karaoke!” Alex could have been there making that amazing joke.

There was, however, some gayness to love in the SuperFlash crossover.

In this musical universe, Iris plays Millie, who is in love with a man with Mon-El’s face, and Barry and Kara have to get the lovebirds to tell their parents about their relationships. And while Kara goes with Not!Mon-El to tell his father, played by Malcolm Merlyn, Barry goes with Not!Iris to tell her DADS, played by Joe and Stein. Barry is like, “Dads?” and they both turn to him and say, “Do you have a problem with that?” He definitely does not (and nervously stutters that he likes musicals as a response, which I guess is code for ‘down with the gays’, which may have been weird but coming from sweet baby angel Barry Allen it felt right). All three dads sing “More I Cannot Wish You” from Guys and Dolls and it’s a very sweet moment packed with the talent of Victor Garber, Jesse L. Martin, and The Gayest Man on Earth, John Barrowman.

But the best thing of the whole episode was the SUPERFRIENDS MUSICAL. 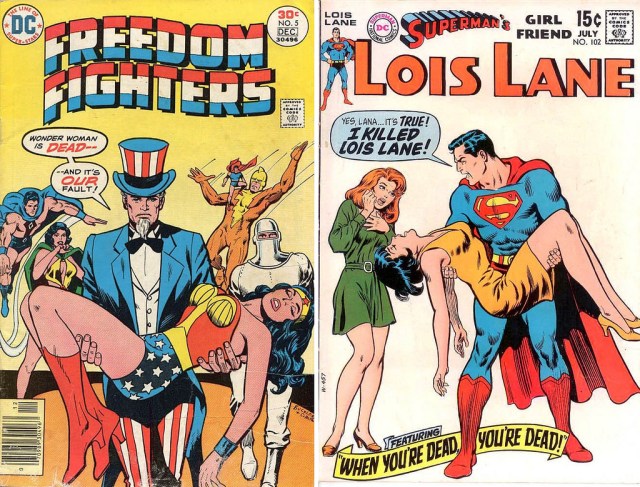 In the most Kara-and-Barry thing that has ever happened in the history of ever, Kara and Barry made up a little ditty about friendship. They combined all of their adorkable energy into a literal song and dance about how cute they are as superfriends. The song was written by Rachel Bloom, creator and star of Crazy Ex-Girlfriend, and had the perfect amount of quirky charm. It was a nice homage to the Anything Goes song “Friendship”, complete with tap dancing and between-verse spoken back-and-forth. Including a dig at Superman, and a bad joke admonishment before they hit the final note.

Most shows don’t do more than one musical episode, but TECHNICALLY this was just a musical episode for The Flash, so I’d argue that Supergirl could still have one (and involve a lot of the same people, and also Chyler Leigh this time). Maybe even Legends of Tomorrow, since Caity Lotz was in a girl group once. (It was called Soccx. Do yourself a favor and give them a quick Google. Start with “Scream Out Loud” if you’re interested in AU Sara Lance saying things like “lick” and “bite”.) 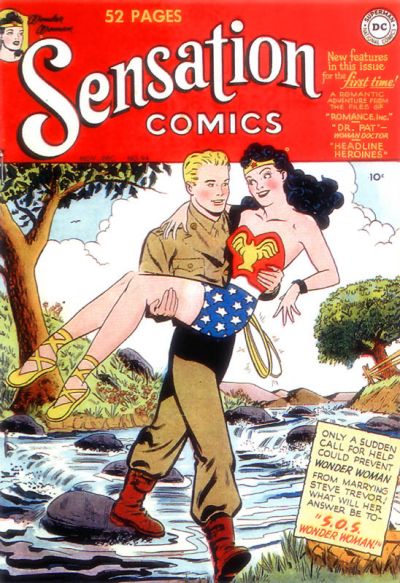 Anyway, Mon-El. Am I being Kara right now, hoping the show will get it together? Supergirl started off so strong, and even though it has veered off its path, I know at its core it’s smart and good. I don’t mean quality-wise, even though that’s usually true, I mean pure and kind and genuine. I’m all for a redemption arc. Faith the Vampire Slayer is one of my favorite characters in TV history and her past isn’t all shiny and wonderful either. But no one seems to think Mon-El needs to earn his redemption. And do we really need another reminder, on what’s supposed to be one of the most feminist shows on TV, that straight white guys get everything they want (including the literal best girl) just because they feel like they deserve it? Isn’t reading the news every day reminder enough? Isn’t it time for a new story, superhero storytellers?