Hello, luxurious 800-thread count organic bed sheets! Life is full of beauty and grace and a frantic amount of babyproofing as our 9-month old tries to destroy everything in her path. At this moment, she is hanging off the TV stand by one arm and trying to reach the cords behind the cable box.

That’s her standing up in her crib, nomming on the crib rail. We had to install that fabric cover over the rails because she was scraping the (stained, treated, probably totally safe right totally) wood off with her cute little teeth! So sweet! Babies are a joy, y’all! Highly recommend.

U.S. Soccer announced on Twitter that the U.S. men’s national and women’s national teams would be wearing these very nice rainbow letter jerseys for Pride month. The jerseys are also available in a customizable rainbow version to benefit the LGBTQ sports organization You Can Play.

Help support the #YouCanPlay movement by purchasing your own rainbow jersey. Proceeds will be donated!

Corporations Love Capitalism Always and Love Us Queers in June!

+ Nike wants your money for their newest rainbow-bedecked sneakers and apparel in their Betrue line in U.S. stores June 1 through June 5. “The key for us was to create something that people could unite around to show their support for LGBTQ athletes,” said Robert Gorman, leader of Nike’s LBGT Network. I mean, I boycotted Nike in college because sweatshops, but I have to admit some of these are kind of badass.

+ Converse is also getting in on the rainbow action with their annual release of new pride styles. “Through this collection, Converse says YES TO ALL, standing with the belief that whatever your gender, sexual orientation, or identity, everyone is free to be who they are,” the company said in a release. The new kicks are on sale now and a portion of the proceeds will be donated to the It Gets Better Project and Miley Cyrus’ Happy Hippie Foundation to support LGBTQ youth.

+ Studio71’s creators have put together a S71 Pride Box that includes a “Love Wins” hat, drawstring bag, water bottle, mini-flag, enamel pin and temporary tattoos for $19.99 with a portion of proceeds benefitting the LA LGBT Center. There’s a gay unicorn pin. Just so you know.

Honored to have received Fueling the Frontlines award by @AstraeaUpdates thank you for your continuous support! #TransLiberation pic.twitter.com/TdAS57sHD6

The Astraea Lesbian Foundation for Justice held their fourth annual Fueling the Frontlines Awards on May 25th to “recognize the contributions of leaders and grassroots activists whose work is meaningfully furthering the LGBTQI movement in the United States and around the world.” According to a press statement, the 2017 awards were held in Los Angeles specifically to recognize the importance of art, film, music and journalism in the fight for LGBTQI justice.

The Fueling the Frontlines Awards is an amazing opportunity to celebrate our radical community – our successes and our fight. If we want to maintain and build on the resistance in this current moment then we need to celebrate and support the activists at the forefront of the movement.
– J. Bob Alotta, Executive Director of the Astraea Lesbian Foundation for Justice.

Astraea was founded in 1977 by a cross-class, interracial group of woman activists as the first philanthropic organization working exclusively to advance LGBTQI justice. 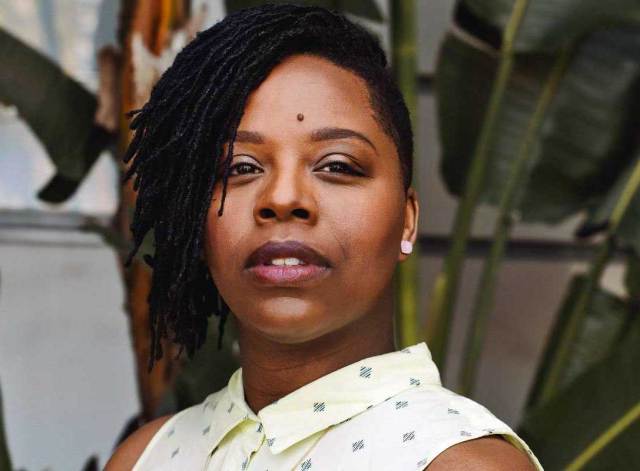 This recognition from Astraea is deeply personal to me as a queer, black, female advocate. Astraea has always understood that the fight for LGBTQI equality is intersectional – it requires fighting for black and brown rights, for migrant rights, economic rights and more. I’m proud to be part of the resistance and ready to continue the fight.
– Patrisse Cullors, Co-Founder of Black Lives Matter and Executive Director of Dignity and Power Now. 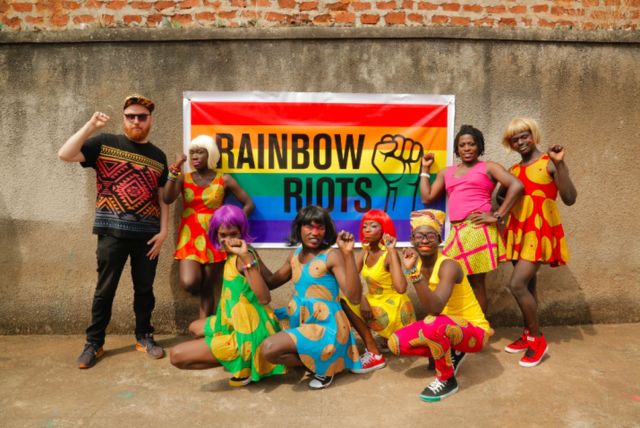 + The charity album Rainbow Riots features LGBT musicians from countries where homosexuality is a punishable crime and where anti-LGBT violence is epidemic including Uganda, Malawi, and Jamaica. Some of the artists are anonymous to protect their personal safety. All proceeds from sales of the album will benefit the Rainbow Riots charity, a Swedish nonprofit committed to ending anti-LGBT discrimination around the world.

25 Famous Women on Their Self-Care Rituals 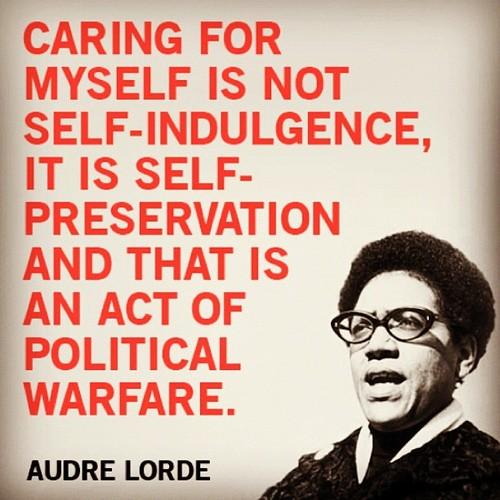