Where I grew up, Krispy Kreme doughnuts were king! But ever since I moved to NYC, I’ve never even seen a Krispy Kreme doughnut. Instead, there are Dunkin’ Donuts on every corner. Okay but last Wednesday I went to the neurologist, and when I got out of the Uber a majestic sight — A HOT LIGHT. A KRISPY KREME HOT LIGHT. There’s now a real live Krispy Kreme in Queens! I ordered one entire box of doughnuts and that is what I am thankful for on this Monday back at work. That and also you reading today’s Pop Culture Fix.

+ Well, well, well, look which Sex and the City characters are at Pride together. LOOK AT THEM. 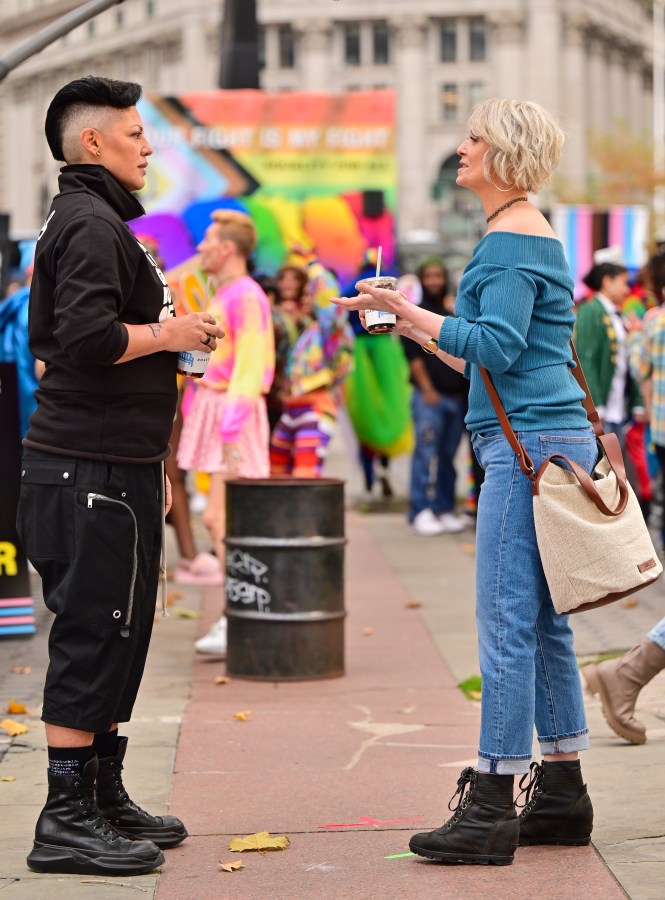 + Nuclear Family blows up the loopholes in our adoption legal system.

+ The queer elements of Hallmark’s An Unexpected Christmas.

+ The Sinner’s Alice Kremelberg on how queer identity shapes her work.

+ Stephanie Beatriz chatted with The Independent about Encanto and also being bisexual!