I met up with Jacob Nash at Algebra Tea House, one of my favorite places in Cleveland. It’s a staple on the east side, in the heart of Little Italy. They make Middle Eastern food, and have shelves full of spices, home goods, and loose leaf teas. It’s super cozy and relaxing. I’d only seen Jacob once before in person, speaking at a trans rally in the Fall of 2018. As I walked into the tea house, his big scraggly beard caught my eye. Though this was our first time formally meeting, we managed to get talking right way.

Jacob came out as trans in 1998 at the age of 33. He knew he was different from his female peers since he was young, but didn’t have the language to describe how he felt. He later went on to see a documentary called What Sex Am I? that included a trans man, that clarified his experience.

Soon after, he started his journey with transitioning. At the time, he lived in New Hampshire. In order to receive approval for hormone therapy, he had to drive three hours to Connecticut to see five doctors: a psychiatrist, a psychologist, a social worker, an endocrinologist, and a primary care doctor. He got approved for hormones on his 33rd birthday.

Jacob has always been very spiritual. If he thought God would have a problem with him transitioning, he would’ve never done it. As we talked, he shared with me his moment of clarity and acceptance of his own identity.

Shortly after his trip to the clinic, Jacob asked God to show him a sign while on his way to check the mail. When he got to his mailbox, he found his approval letter for his transition. It was the sign he needed.

I asked Jacob for more clarification about his journey to self-understanding. “You said you knew about trans women, but you didn’t know about trans men. Why do you think that was?”

He pondered. “Well, I think because I didn’t really think about it.” Jacob elaborated about how trans women have often been portrayed in the media as a spectacle, appearing on shows like Jerry Springer. “As far as trans men, I think society just often thinks women can be tomboys and that’s okay. I was seen as a tomboy for years. It felt much more acceptable for a woman to wear men’s clothes than it is for men to wear women’s clothes.” 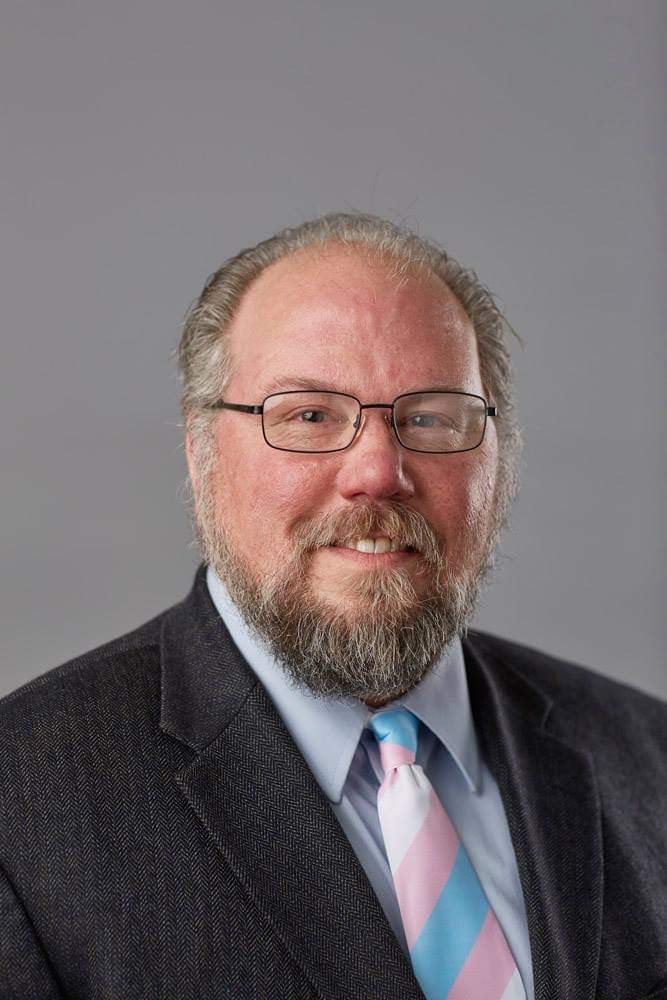 We talked about how gender nonconformity is treated differently when its masculine verses feminine. I offered how androgyny has become almost synonymous with masculinity, because of the styles we consider gender bending or androgynous.

“Its seen as the highest form of power,” Jacob started. “We still live in a culture where masculinity, manhood, being a man is the number one thing. We minimize and degrade women and girls from the time boys are yeigh high. The message to boys is, ‘You don’t want to be like a girl.’ So many trans men feel a pressure to take on toxic parts of masculinity in order to be seen as more ‘male.'”

He continued. “Until we kind of come into our own and realize… now I’m gonna shed this thing that society says I’m supposed to be in regard to my identity and my masculinity and my manhood. I’m gonna take all that off and just be me.”

Jacob met his wife, Erin Barr, one month after his first shot of T. “My wife has been an out butch lesbian since she was 16. You don’t mess with my wife.”

Throughout our conversation, he described his wife with so much love and admiration. It’s clear that they really have been a team in advocating for his rights, and their rights as a couple. Their relationship gained media traction in the early 00’s when they were refused a marriage license.

“We applied for our marriage license. It said I was male. And it was denied.”

“Because they said it was a same-sex marriage.”

“But how did they know?” I was intrigued. We’d found a rhythm, starting our next thoughts before the other finished.

They knew, despite the fact that his birth certificate was corrected to say male, because Jacob had legally changed his name there.

“Noooo! That’s such a wild thing to say,” I practically shouted.

“Right. They don’t even do blood tests, but he’s saying, ‘We go by chromosomes,’” Jacob scoffed.

That started a two-year long court battle. Their story has been documented in numerous magazines.

At the same time that Jacob and Erin were fighting for their right to get married, a trans man in Florida was fighting for custody of his kids after he and his wife got divorced. His name is Michael Kantaras. The court ruled in his favor, and he won custody.

“So it was really interesting. I think it was one of the few times that trans men got that much visibility.”

Jacob never seemed to hesitate in his decision to publicize their case to help the cause. I got the sense that Jacob has been fighting for himself and for others for a long time. I then learned that advocacy work has been important to Jacob ever since he came out. He was the first trans person on a local steering committee for the Human Rights Campaign and he also started Margie’s Hope in Akron, Ohio, an organization that offers assistance and support to trans individuals through things like support groups for trans kids, parents of trans kids, and spouses of trans people.

To wrap up our conversation, I asked Jacob how he felt younger people’s trans experiences differed from his, or what he thought younger trans people should know.

Jacob closed by saying that young people should value their elders, and I took that to heart. I am in awe of how much I learned from him in one conversation.