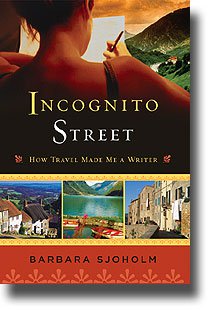 Incognito Street is hands-down one of my favourite books of all time. It’s a memoir by Barbara Sjoholm, one of the founders of Seal Press, about being in her early 20s in the 1970s. At 20 years old, Barbara decides that instead of going back to university, she’d rather go to Europe. Her grandmother has recently died, leaving her a large inheritance that she hopes will fund her travels; so she says goodbye to the boyfriend she’s not that crazy about and hops on a plane to London. Sjoholm wants to explore and have adventures, but she also wants distance – distance from a country at war, her Christian Science upbringing, and a boyfriend who sees her more as a pretty muse to inspire his own art than as a writer in her own right:

“Rob had become a very good actor because he believed in himself. He was determined to become a leading man, in art as well as life. I’d learned I could never be the heroine in our play; in fact, I felt more and more like the girl tied to the train tracks in a Victorian melodrama. No one was going to untie the ropes for me. I had to do it myself, before I was crushed.”

But she doesn’t want to run away from everything: in the early chapters of the memoir we learn that Barbara has a Big Crush on a girl she met a while back: Laura. Laura slept with Barbara’s boyfriend but Barbara doesn’t really care when she finds out. They both discuss how neither of them liked sex with him that much before moving on to Laura’s most recent ex-boyfriend who left her to be gay in San Francisco. Talking about gay boys makes them wonder if they’re gay too, and next thing you know they’re dancing in the living room and making out.

Barbara hopes that Laura will come visit her in Europe so they can backpack through Spain together; and Laura, who doesn’t have an inheritance, is working multiple jobs and saving up to make that happen. While she waits for Laura, Barbara spends time in France, England, and even attends classes at the University in Grenada, Spain. She keeps a diary filled with descriptions of tasty-sounding coffees and desserts, the art museums she visits, and the books she’s reading. If you like book reviews, you’ll like Incognito Street because it’s full of them – Sjoholm describes works by Colette (the French writer known for her writings on interesting things like sex and homoerotic tension between dance hall ladies), Dickens, Doris Lessing, Anais Nin, and Jorges Luis Borges. One day, she too wants to have a book in a bookstore or a library, but she wonders if she’ll ever be able to be a Real Writer or if she’ll even accomplish anything at all. As it is, she’s having a hard enough time getting her grandmother’s inheritance money wired from America to Europe, and is forced to spend a lot of her travels barely scraping by, taking odd jobs, and ending up in some pretty scary situations with men who are too eager to take advantage of a penniless American girl alone in Europe.

Luckily Barbara gets through it – that’s what I like about her. Even though she doesn’t always know which country she’ll be in next, when her money will come, or if she has what it takes to be a writer, she never gives up and she always seems to be in awe of her surroundings – even if she’s starving and shivering outside in a rainstorm. She writes long letters to Laura about things like writing and books, and takes detailed descriptions in her diary of things like how old French streets look. If she wants to be a writer, she figures, she has to become very good at describing her surroundings. 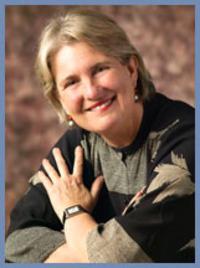 Incognito Street also exposes what is was like to be a queer girl before there was much of a gay rights movement and when second wave feminism was just starting. At one point Barbara is sitting somewhere in Europe thinking about how to go about actually dating a girl when she remembers an out and proud lesbian at university who asked about the rights of gay women at a Betty Friedan talk. Betty Friedan didn’t want to answer, which makes Barbara feel invisible not only because she thinks she’ll never be able to be as out and proud as the woman who asked the question, but because she doesn’t see a place for herself, as a girl who likes girls, in 1970s America or Europe.

Though Barbara, of course, is wrong. There absolutely is a place for her. She comes back to America in the mid-70s and starts flirting with a short-haired feminist almost immediately after getting off the plane. You get the sense that good things are coming her way – and they are. Barbara Sjoholm did become the writer she always wanted to be – she wrote a long list of books, including Murder in the Collective, which stars a lesbian detective, and Gaudi Afternoon, which won the British Crime Writers’ Award and went on to be made into a movie starring Judy Davis. On her Christian Science childhood she wrote, Blue Windows: A Christian Science Childhood. She has also translated works by Norwegian female writers into English, to help women writers gain more exposure and visibility. Oh, and did I mention she founded Seal Press, the famous feminist publishing house? In other words, Barbara Sjoholm is awesome. 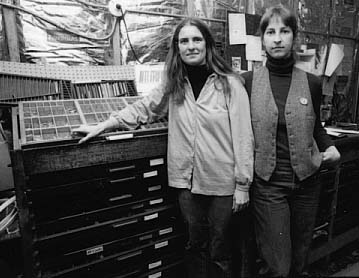 It’s really inspiring to read about someone in their twenties who wants to do all of these amazing things and who ends up actually doing them! Reading Barbara Sjoholm makes you want to hop on a plane and work in a kitchen on a boat (like she did) or have political discussions with people from various countries about things like the state of America (or in my case, Canada), the women’s movement, and what it’s like to date a girl. It’s fascinating to think about what it would be like to be queer in a time not that long ago, yet so far removed from me because, you guys, not only were the gay and women’s movements in their infancies, but there was no internet, no L Word, no queer girl visibility as we know it, no Autostraddle! Barbara Sjoholm is so brave, inspiring, and such a good writer. Go read Incognito Street right now.

Join A+
Related:memoirread a f-cking book