“Think of Ellen Page, circa Juno, dating Elizabeth Mitchell during her Gia period and you’ve got Catherine (McAtee) and Jackie (Stouffer) in Bloomington.” – Frontiers

But I probably should say more. Y/N?

‘Bloomington‘ is a newly-released film with potential to be the newest lesbian movie drama hit, like Better Than Chocolate but … better.

Additionally, those of us in or around the Los Angeles area can go see the film premiere at the PYT party this Wednesday, May 11th! If you go to PYT’s awesome lesbian party every Wednesday like I do (jk … or am I?), then you’re in luck!

Here’s a little more about it:

In the tradition of LOVING ANNABELLE.

BLOOMINGTON is a coming-of-age drama about Jackie Kirk, the former child star of a sci-fi hit show. Hoping to find independence from her somewhat overbearing mother, Jackie leaves California for the Midwest to attend college. Surprisingly, she doesn’t fit in with her peers, who are constantly aware of her celebrity status. At a department mixer, Jackie is instantly attracted to Catherine, a young professor with a reputation. Both being outsiders, they develop an intense bond as they pursue a secret affair.

Not a big deal, but I feel like no one in their right mind would want to miss this. Just sayin. 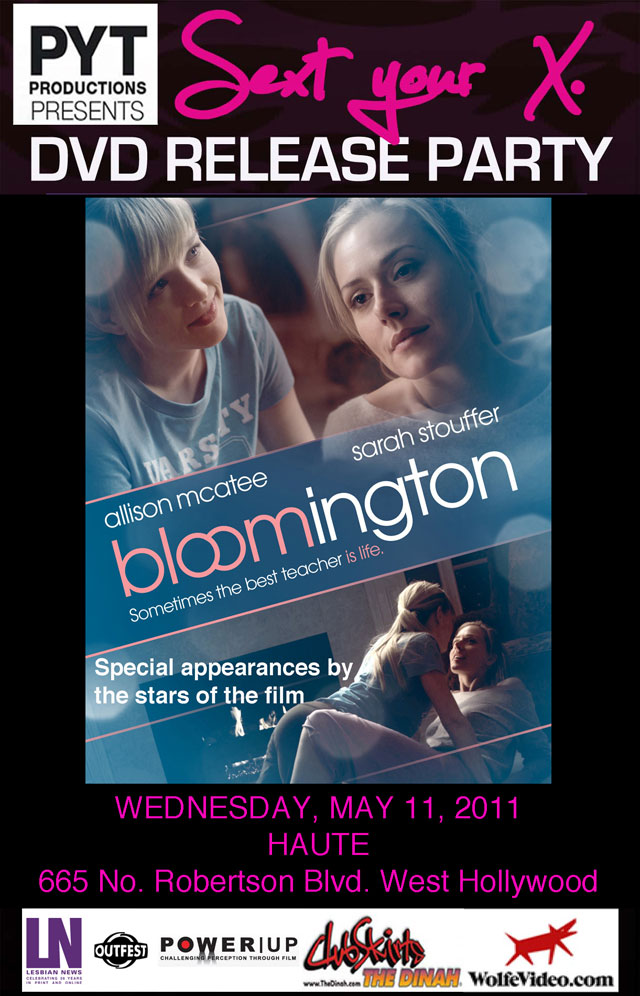