When I first saw the preview for the new Power Rangers movie I was stoked. It looked like so much fun. So when the senior editors sent me a message saying that the Yellow Ranger, Trini, played by Mexican-American rapper/actor Becky G, was gay in the movie, I flipped out. I was embarrassed at first that I was so enamored by the movie, but that quickly went away. It’s a ton of fun, the teens act like teens, it’s genuinely funny, it’s genuinely emotional and it takes itself exactly as seriously as it should (or shouldn’t). Plus, Trini is a nuanced and terrific character whose queerness is addressed in a way that seems extremely real and relevant to today’s youth. I loved this movie and I love Trini.

Power Rangers is the first truly millennial superhero movie. With its cast of one white teen, a Chinese-American kid who lives in a trailer park, a young biracial woman, a queer Latina and a black kid with autism, they actually look like real group of modern teens. This movie is funny, it’s not dark or grim or grimdark. It doesn’t take itself too seriously and it lets itself have a good time and be full of joy. It’s about friendship and family and teens being teens. 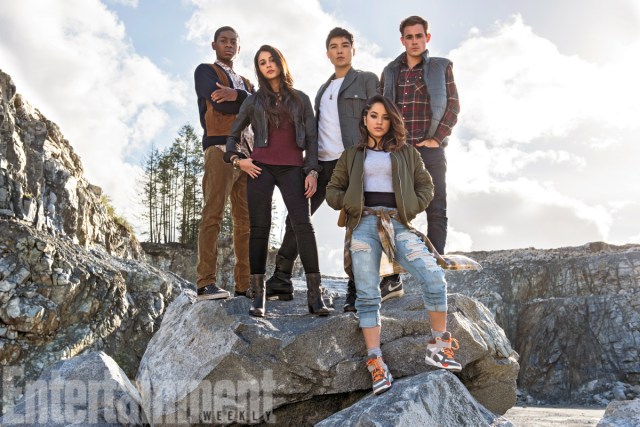 I’m a bisexual Mexican-American. I came out in large part due to Callie Torres and Santana Lopez. I started watching both Grey’s Anatomy and Glee because I heard that they had queer Latinas on them. I just wanted to see myself on TV and those shows gave me a chance to do that. Seeing myself in those characters is something I’ll never forget. Seeing them helped me to publicly become them. Or my own version of them. Now there’s a superhero movie featuring queer Latina character. This would’ve been my favorite movie if it came out when I was 13.

Sometimes we talk about how people shouldn’t get applauded for barely doing anything, and I’ve seen people say that specifically about this Power Rangers movie and its queer character. But I think that criticism, at least sometimes, is missing the mark. This isn’t a movie about a girl and her girlfriend. It’s not a “gay movie.” But it is a movie where queer girls, and especially queer girls of color will see themselves for the first time. And they’ll see themselves as a hero. That’s important. That’s huge. I have a friend who’s fond of saying that as a writer, there’s nothing more important than writing something that will turn a kid gay, and I agree. This movie is gonna serve that role for plenty of kids.

Trini is a teen with attitude, and she’s pretty closed off from the other Rangers at first. In a scene where the Rangers are sitting around a campfire getting to know each other, Zachary, the Black Ranger, asks her if she’s having boyfriend problems, and she seems to sarcastically say “Yeah, boyfriend problems.” He follows up by asking, “Girlfriend problems?” She doesn’t say yes, but her silence makes it clear what her answer is. She then talks about how she doesn’t want to talk to her parents about her relationships and that she feels pressured from them to pick a label. She admits to her friends “I’ve never said any of this out loud before.” With polls and data showing that an ever increasing number of teens identify as something other than straight but not necessarily as lesbians or bisexual, it rang deeply true. Trini tells her friends that she’s figuring out her sexuality and that she likes girls, and in the process she finds a family.

Becky G, the actress playing Trini, told Hollywoodlife.com that she understands how important this is role is for young people.

“For me it is super important, I mean Power Rangers has always been about equality, diversity, and unity, and how can we make a movie about the people without acknowledging people being people and especially a coming of age story. I feel that the story is the same story a lot of people who are going to be watching this movie are going through, whether it is from the OG fans or the newer generation that will be introduced. So to me, I am very proud!” 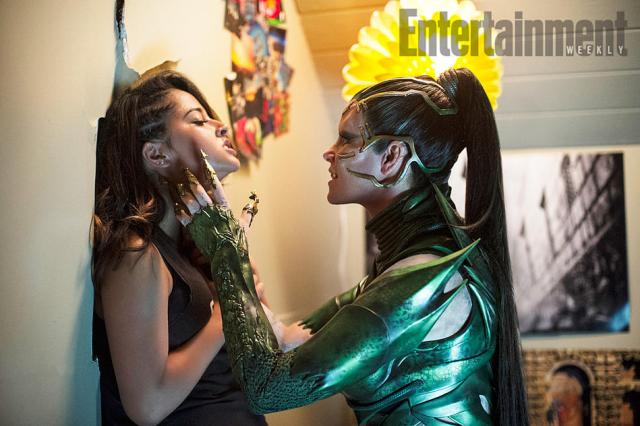 Also, no one, not even any of the straight characters, has a romance plot in this movie. The closest we come is seeing Trini and Kim clearly flirting while fighting over a piece of donut and making eyes at each other. The next closest we come is when Rita Repulsa (played with marvelous camp by Elizabeth Banks) breaks into Trini’s bedroom at night and says “I’ll show you mine if you show me yours” while wrapping her hands around Trini’s throat and putting her face right up to hers. This is a movie about the teens learning to be friends, and one of the ways they do that is showing Trini that they support her trying to figure out her sexuality.

I loved this movie, and I can’t wait to see the queer kids it gives birth too. There’s a queer Mexican-American girl superhero in a movie that just made $40 million on it’s opening weekend. That’s so huge. That’s so important. Hopefully this film continues to do well, as sequels are planned, and if they happen, we’re more than likely to see the Yellow Ranger get a girlfriend on the big screen.