+ During the Blindspot series finale last week, Natalie and Valerie Anne got what they wanted, for just a second. Patterson and Zapata got married (in one of Jane’s hallucinations). 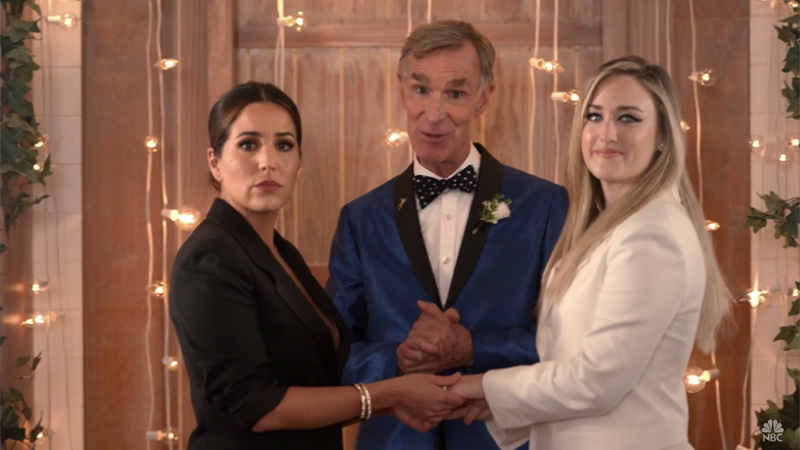 + Audrey Esparza’s behind the scenes pic is even better.

100 episodes and a friendship I will keep for the rest of my life. Would never have wanted to do this crazy show without you @ashleythejohnson • • • 📷: @martingero 🎨: @indiangiver

+ From Zoya Raza-Sheikh over at NME: LGBTQ+ romcoms are thriving online – so why aren’t the big studios interested?

+ From Fabiola Cineas at Vox: Representation is deeper than putting Black icons on magazine covers.

+ How How Gina Prince-Bythewood overcame her fear of failure and paved her own path in Hollywood.

+ Wynonna Earp‘s Dominique Provost-Chalkley shares her journey to coming out.

+ Monica Owusu-Breen of Alias, Lost, and Fringe fame will join Jason Richman as co-showrunner of season two of Stumptown. And here’s a panel with the Stumptown team from Comic-Con@Home.

+ This is a really, really good piece from Sebastian Modak at WaPo that least touches on the broad issues of racism built into nearly all of our in fantasy worlds: Amid a pandemic and a racial reckoning, ‘D&D’ finds itself at an inflection point. (Follow it with this New Yorker piece on N.K. Jemisin’s dream worlds.)

+ Some news I’ve especially been waiting for. Adventure Time: Distant Lands‘ second episode about Marceline and Princess Bubblegum will “escalate” their relationship AND Marceline will release new music.

+ How voice actors are fighting to change an industry that renders them invisible.

+ We Are Who We Are‘s official teaser is here.

+ How The Baby-Sitter’s Club made social justice fun for teens.

+ Kristen Lopez at IndieWire put together an awesome Women and Disability Panel on the 30th anniversary of the Americans With Disabilities Act.