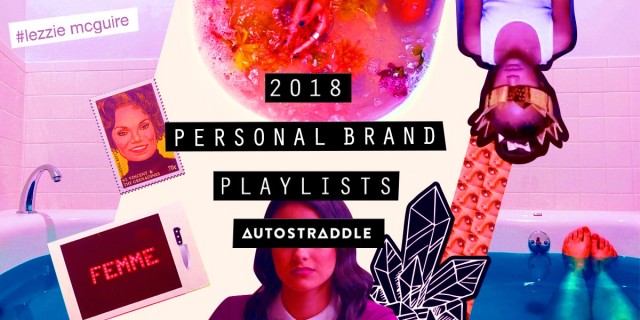 When this series was first suggested to the Autostraddle Staff, my first reaction was “ME! PICK ME! PLEEEEASE!”, because I am nothing if not the over eager, front of the classroom, hands always in the air, Hermione Granger that I have been since I was five years old.

My second reaction was, “Ugh, what’s a ‘brand’?” You see, I hadn’t thought this plan through.

I did some deep self-searching and I realized that, more than anything, I want 2018 to be filled with the same serenity that I feel when I’m underwater. I first started swim classes at a local YMCA when I was too young to have a say in the matter, and that was the greatest gift my parents ever gave me. Water soothes me. When there’s nothing except my own heartbeat pulsing back through wet blue surrounding me, I can finally breathe. My anxieties melt away into the salt or the chlorine. I feel my strongest and most powerful as I push myself through to another lap, another body length, farther and father away from whatever troubles I left on the shore (or, you know, pool deck). 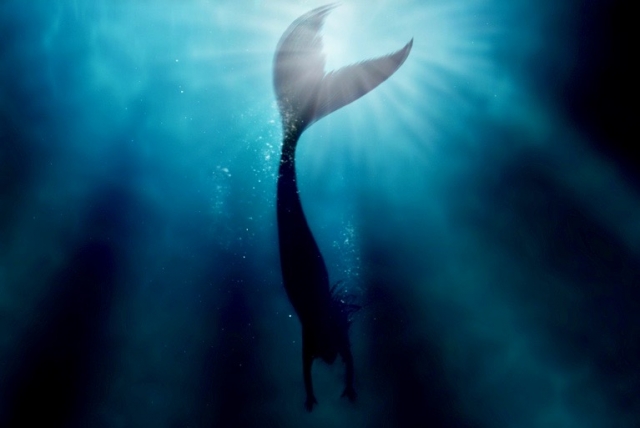 That calm, that focus, that feeling of being a force of nature? THAT’s what I am taking with me into this new year. Looking at 2018, I have quite a few battles left to fight, and I am going to take them down with the grace and strength of a mermaid. Mermaids are femme icons for a reason— they simultaneously flow one with the water, while also manipulating it to their needs. Their siren songs and sensual looks lure troublesome sailors, only for the mermaid to devour them in a single gulp and make herself stronger. To put it plainly, a mermaid is a boss bitch. I could use some of that energy in my life right now. 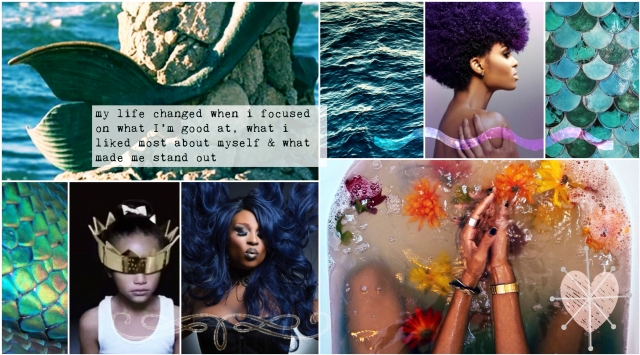 As an Afro-Latina, a daughter of el Caribe, the Caribbean, my mind’s also fixed on water in another way— storms and lost homes, the strength it takes to rebuild.

While I spent the last year navigating and healing from the personal storms of my depression, very real storms ransacked and ravaged my Puerto Rico. The severe battering that the Caribbean took this past fall is like few years on record, but I know we are not down for the count. It’s been 126 days since Hurricane Maria hit Puerto Rico, and at least 450,000 people are still without any electricity. The news cameras have moved on, but I have not. My heart breaks for Puerto Rico. I grew up in Detroit and my heart breaks for the people of Flint, MI— who have been without clean drinking water for over three years and still have no end in sight. Structures of environmental racism have weaponized water, a basic necessity, in far too many black and brown communities.

So, yes, I will see myself as a mermaid. I will sing my siren song, and I will do my part to eat those toxic structures whole. I will swim in the waters that are hurting my people and use those same forces to heal our pain instead.

I’m also going to reclaim play. I will splash with abandon and laugh as droplets tickle my temples. I will remember that joy is its own strength, particularly for those communities whose joy is stolen from them all too often. I will be Beyoncé, a femme queen stomping in the waters, hair flying, calling for my ancestors, singing at the top of my lungs, “I break chains all by myself, won’t let my freedom rot in hell, Imma keep running, cuz a winner don’t quit on themselves”.

Playlist: My 2018 Brand is The Boss Bitch Mermaid Who Bites Back

Part of Your World- From “The Little Mermaid” Soundtrack, Jodi Benson

On & On, Erykah Badu

Took Us a Break, Lil Kim

After The Storm, Kali Uchis feat. Tyler the Creator and Bootsy Collins

Back to Black, Amy Winehouse

Queen of the Night, Whitney Houston