Instead of writing in a journal or putting together photo albums, I make mix CDs. The titles aren’t clever — just the month and year and maybe a short note — but they’re a perfect record of my life. If I want to remember what it felt like to be me six years ago, I can put in June 2005: Going Home, which is what I was looking for when I found July 2003: This Whole Summer Is Yours and played it instead.

The disc doesn’t actually say “This Whole Summer Is Yours” because I couldn’t tell her that yet, but that’s the original title. It was my first full summer in California, and I know you didn’t ask but I need to tell you that even though I eventually moved to the east coast in 2005, absolutely nothing could’ve dragged me back across the Mississippi River that year. It was really pretty perfect. So maybe you can relate to that feeling or maybe you just needed a good excuse to listen to that Bowling For Soup song again.

*Jack’s Mannequin has been added for its perfect fit and overall effect, you understand.* 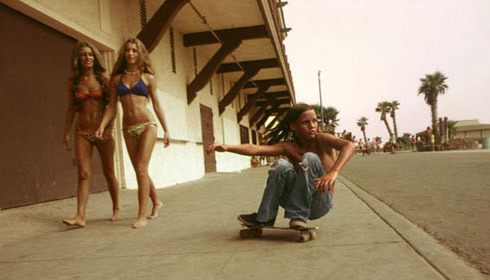 You can listen to the playlist, except for that Blink 182 song, on Spotify now! Or you can stream the entire mix via 8tracks.

Add your favorite mix tape tracks in the comments below.

Want to suggest a playlist theme? Hit up Crystal on Formspring and someone on the team will make it for you.