Hello mother nature! It’s been a long, hard winter. My heating bill for February is so high I could actually rent another apartment with it. My car was stuck in a pile of snow for two entire weeks, and the streets are filled with awful grey slush. You may have noticed it’s also March, which means spring is almost he- oh WHAT THE FUCK? It’s fucking snowing again?! You have got to be kidding. 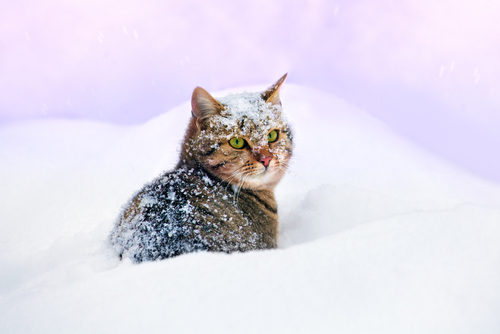 I left my house a couple of hours ago to do some grocery shopping, and every inch of the sidewalk was a precarious, icy disaster. Allegedly the sky is going to continue to dump this terrible white bullshit on my house for the next several hours, and there is no way whatsoever I am going back out there. If you need me, I’ll be curled up on the couch with a cup of tea and this playlist, which is great for staring out the window and dreaming of a more temperate tomorrow.

Stef has written 449 articles for us.