I don’t know who first conflated love with attention, but I’m glad they did. Mary Oliver said that over time spent observing her partner Molly at work in the darkroom she began to connect the two. “Attention without feeling, I began to learn, is only a report,” Oliver wrote. “An openness — an empathy — was necessary if the attention was to matter.”

I spend a lot of time reporting. A documentarian streak that runs through many aspects of my life, slicing it at right angles. Professionally I report what happened for a living. Get into an argument with me (unlikely) and I’ll begin with an accounting of minutiae so painstaking that we’ll both give up within minutes. In writing, when even an everyday word strikes me at an odd angle I’ll cross-examine the exact definition for any trace of a mismatch. It’s exhausting, all of it — and for what? The truth is an asymptote. The most we can do is bend life toward it.

My photography began as another way of reciting the truth, but over the years it grew into something more essential. I take photos because they are true, whether they are true or not. 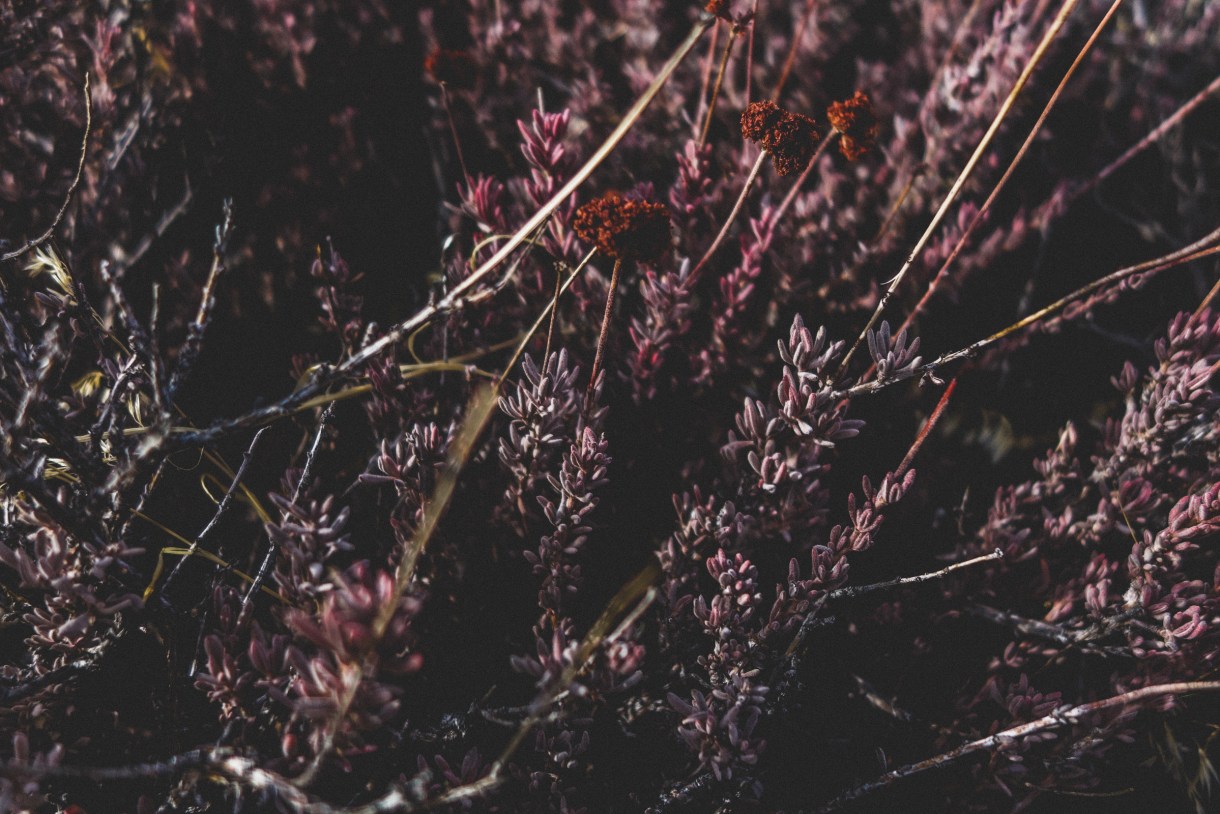 My brain is a whirring stenographer. Buried under a pile of pencil shavings in some creaky cerebral attic, my mind chatters on, holding me captive to its whole thing. Still, spending more time outdoors in the last few years made it clear that’s possible, usually at some physical expense, to bring this process if not to a halt, then at least to a gambol. Picking my way up mountains for hours, gingerly selecting where to stake my tent on a windy ridge line, trudging along, sweating in the rain — there are ways, most not straightforwardly pleasant.

Oliver felt strongly about this: “To pay attention, this is our endless and proper work.” 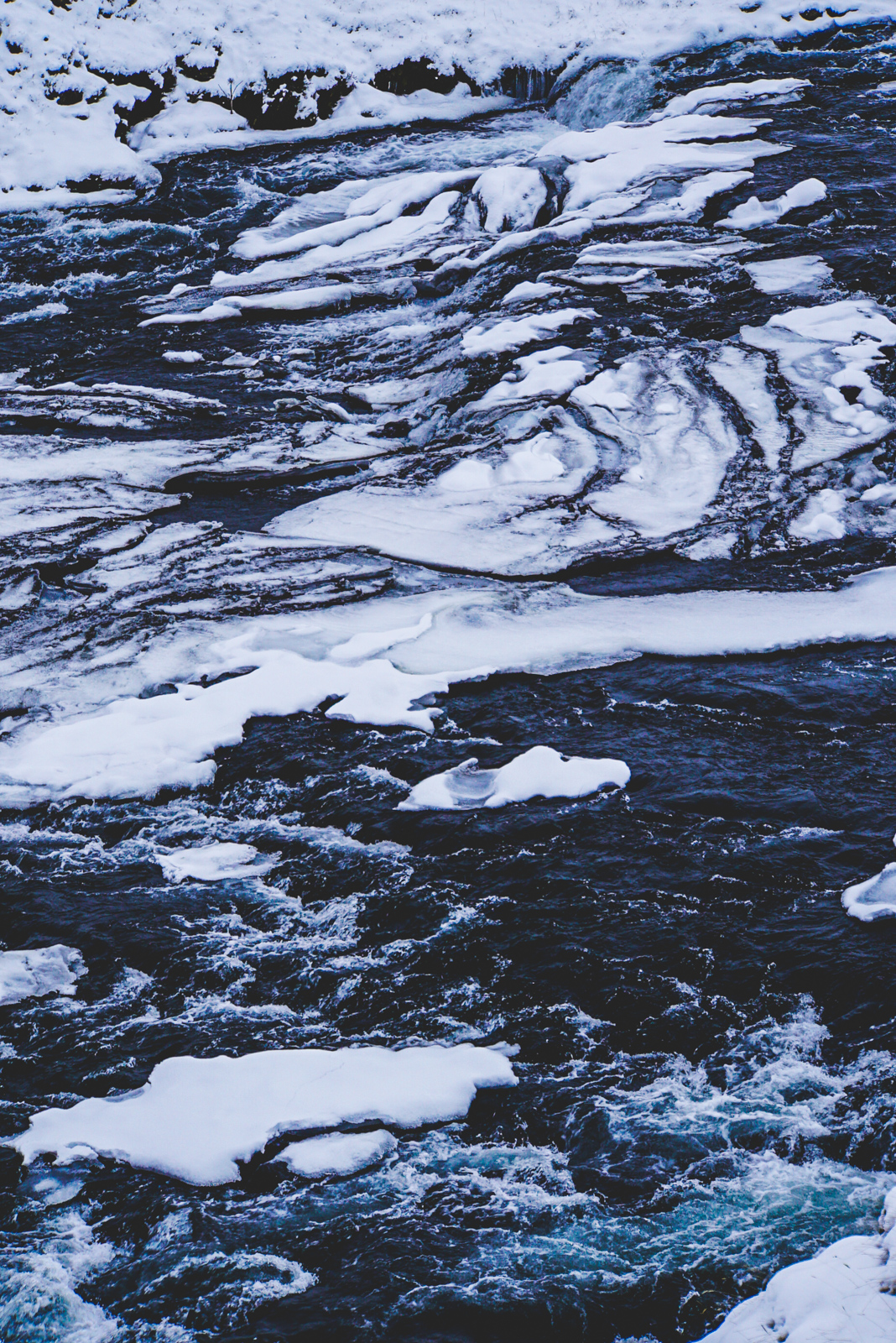 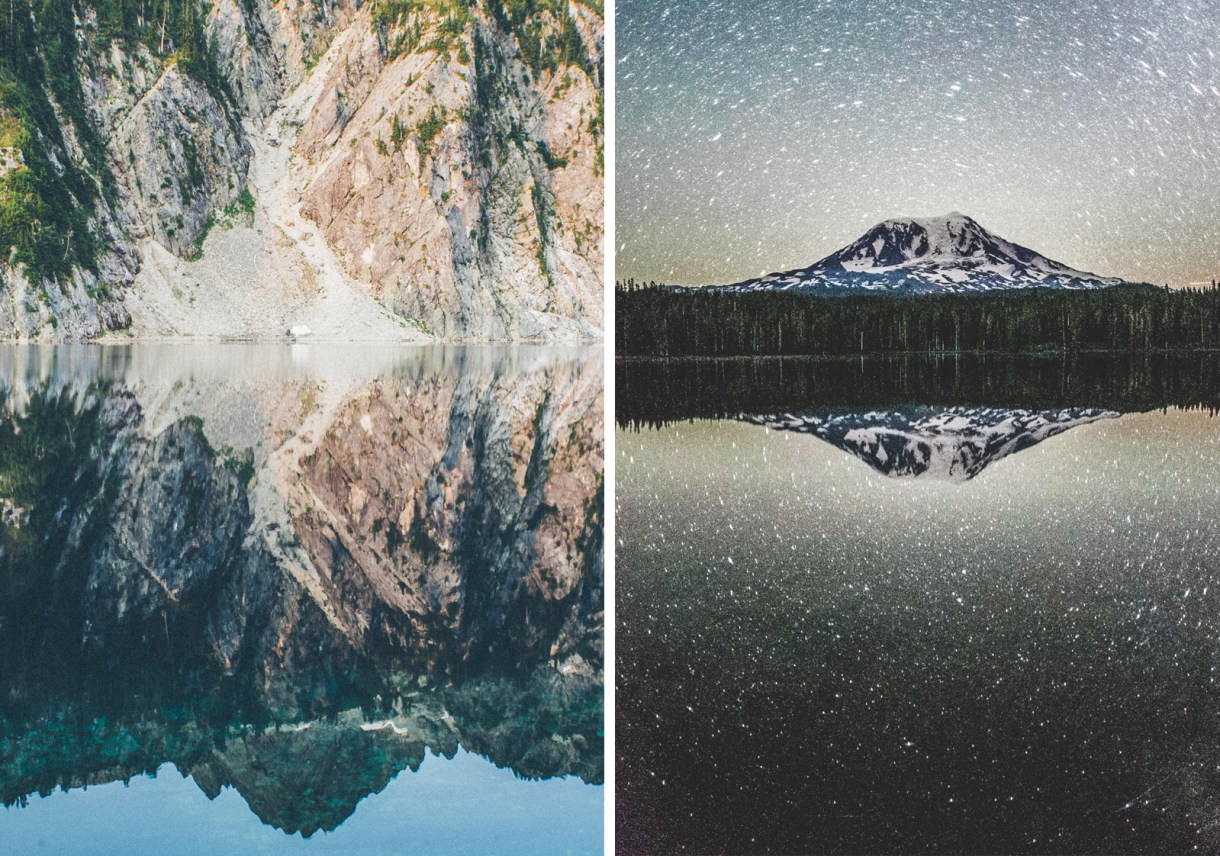 I don’t write about my time spent outside much. Honestly, I struggle to convey what happened, most often because very little did. Usually solo on backpacking or hiking trips, my most acute drama is intrapersonal: How did I forget the salami? Will I ever see a mountain goat on a trail explicitly named for mountain goats? And, classically: Now that I am here, how do I tolerate this stillness?

I don’t like being still. That’s how I know that I must, from time to time, trick myself into life without motion. 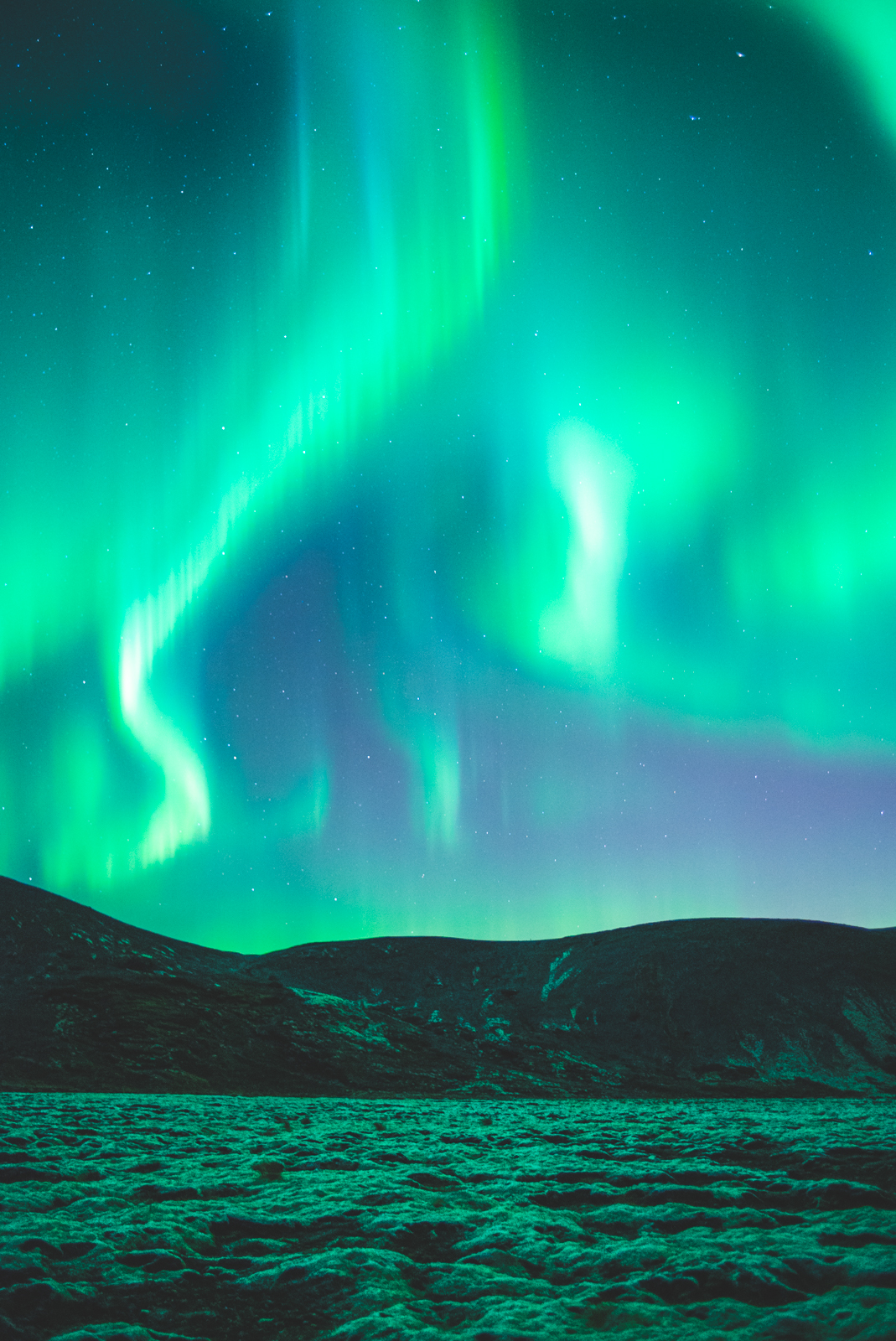 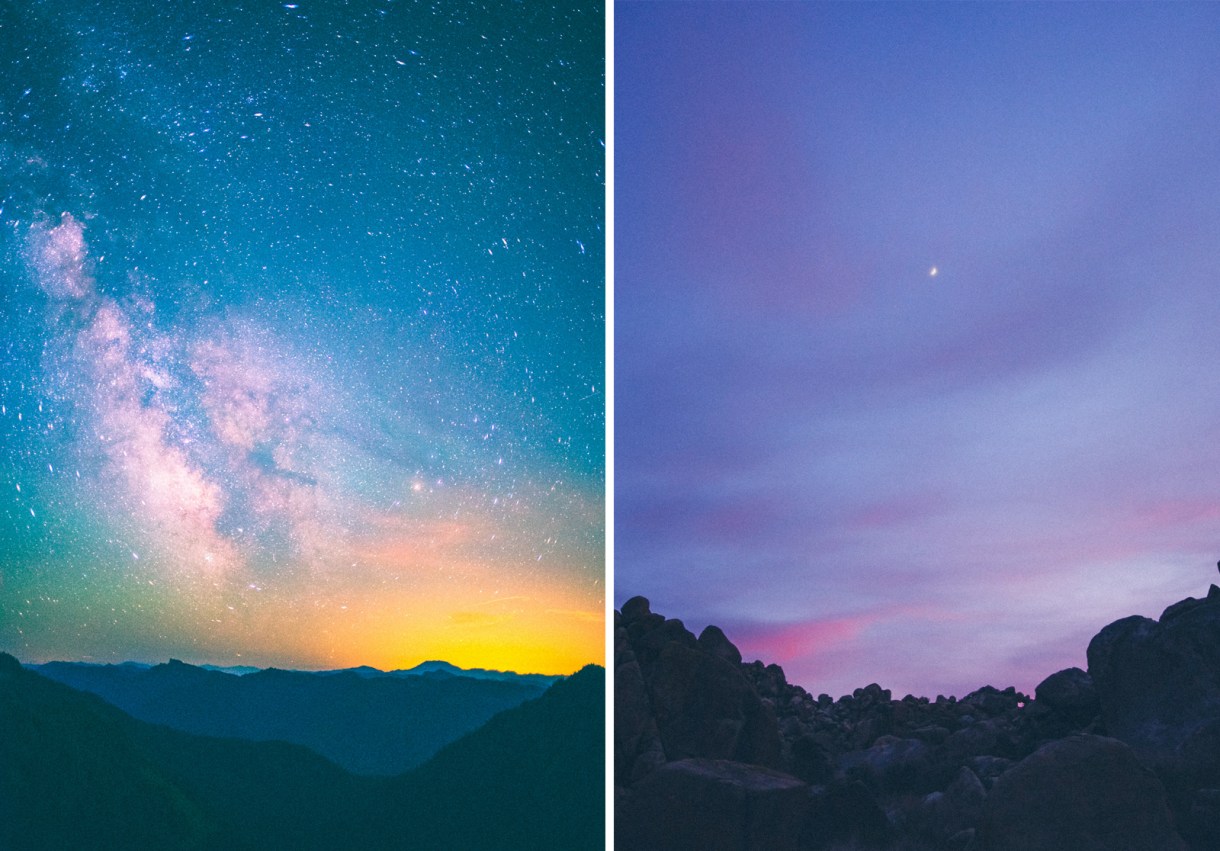 The first time I visited the desert, it looked empty. It was like someone had glued the rocks down, turned the whole thing upside down and shaken the rest out. That’s what I thought anyway. I left a bit bemused by the vast taupe of it all, the stark midday light casting harsh, empty shadows.

As a kid, I felt the same way about the forest. The version of the American south where I grew up is flattish and green. Those verdant corridors, their overabundance of texture always made me claustrophobic. Unlike the desert, which I’d encounter decades later, nature here was too baroque to be made sense of. 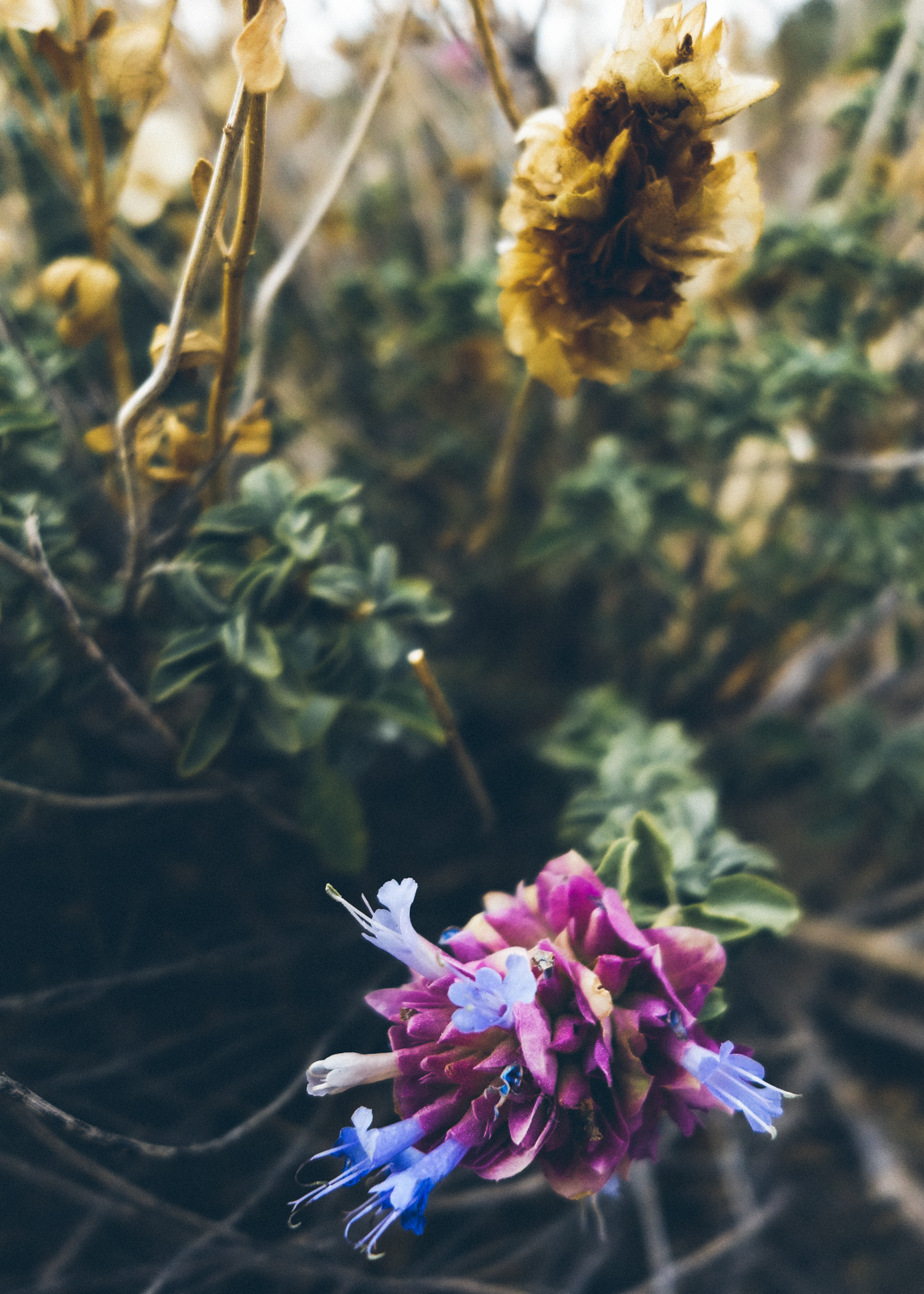 I have since returned to the desert with a camera and made sense of it. My mistake: I hadn’t slowed myself enough to see the life weaving its way around me. The secret dampness under sun-scoured rocks, a stirring in dense chaparral — turning attention away from myself meant flipping a switch on the natural world. Like a magic eye painting, you had to look and keep looking. The forest is still a challenge for me but it’s a practice, like many things worth doing. I don’t always succeed in seeing, but now I know to look.

In those moments of looking, I feel unmoored from the container of my body in the most pleasant way. Like walking uphill, the practice of attentiveness is a kind of numbing repetitive act, but it eventually gives way to something more, a lightness. Detail reveals itself. Attention might be finite, but the fine grain of reality is without limit. When the image is finally thrown into relief, the rest falls away, wood shavings revealing the object sought — often one quite useful. Sometimes the object is large — a streak across the sky. Others times, it’s a honeycombed piece of wood the size of a thumb.

“Pay attention.
Be astonished.
Tell about it.” 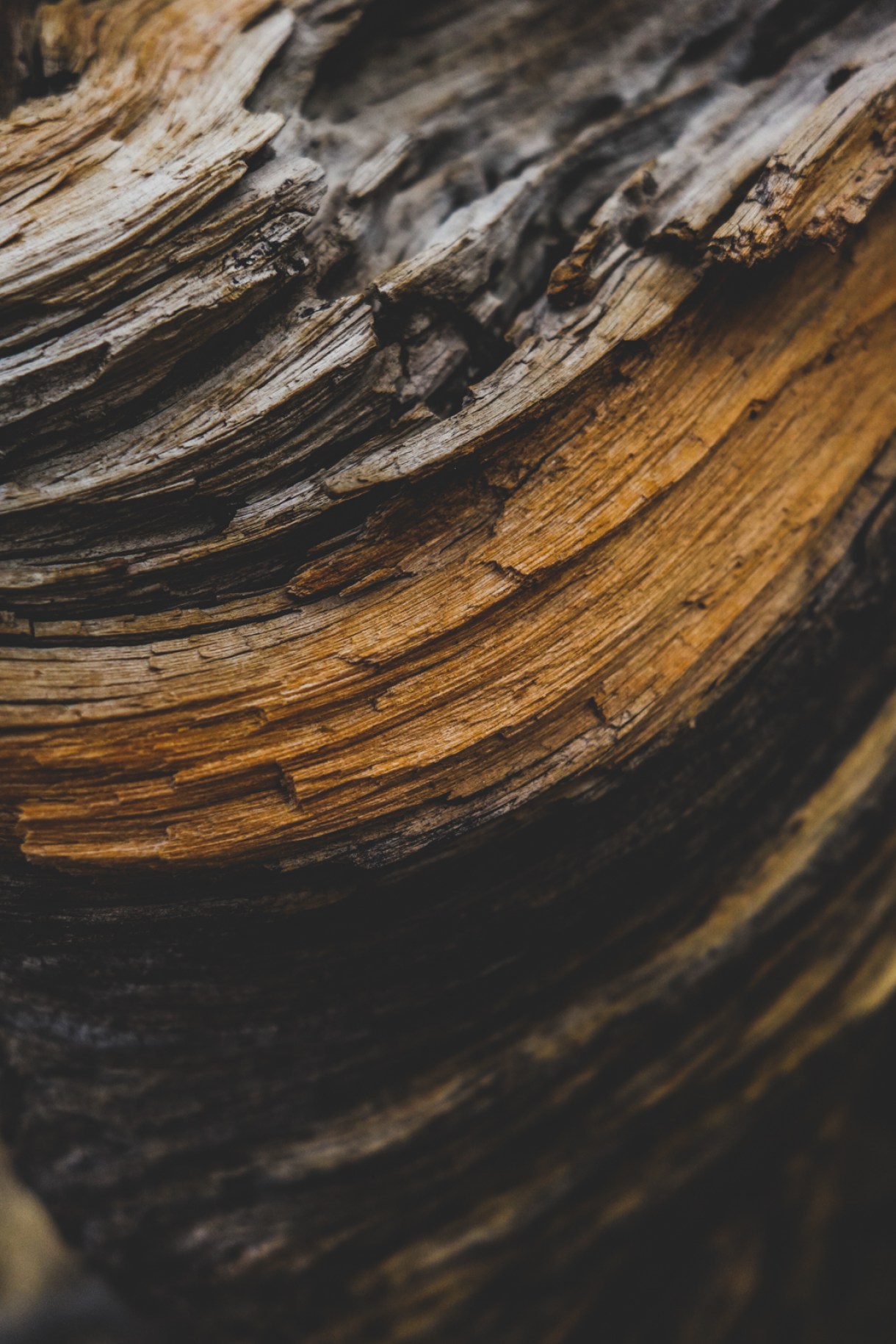 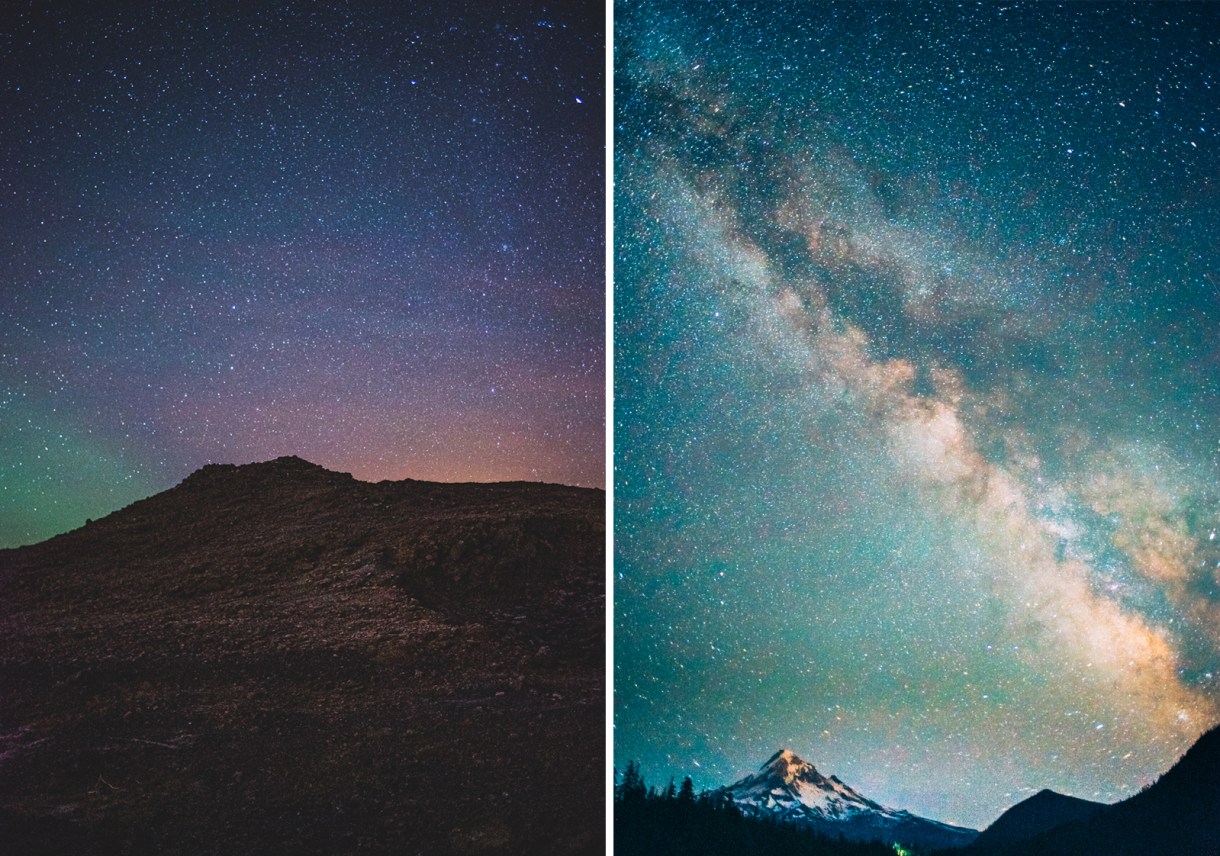 Most of the time I don’t use any modern digital lenses for my outdoor shooting. I collect old manual lenses; they’re used, having lived through adventures, or perhaps long periods of stillness, that I’ll never know about. They all have imperfections that I grow to know, and I get attached to them even though I should probably buy something more practical. I love spending time peering into glass cases in used camera shops, running my hands over studded barrels, summoning a shutter’s satisfying clack. I pay attention. I buy the lens that feels the best in my hands. I memorize the angled corners smoothed over by someone else’s hands over the course of many years.

More often than not, when I shoot at night, I’m alone. I spend hours in the pitch black stillness, staving off my terror with wonderment at the way the sky shifts, its imperceptible colors, the glow of human presence at the edges. The milky way performs every night in the southern sky, turning on an unseen axis as nature winds its giant starry arm beneath the horizon. Where you step, small things scuttle away, rustling invisibly through the brush. Overhead, the sky turns and turns.

“Someone I loved once gave me
a box full of darkness.
It took me years to understand
that this, too, was a gift.” 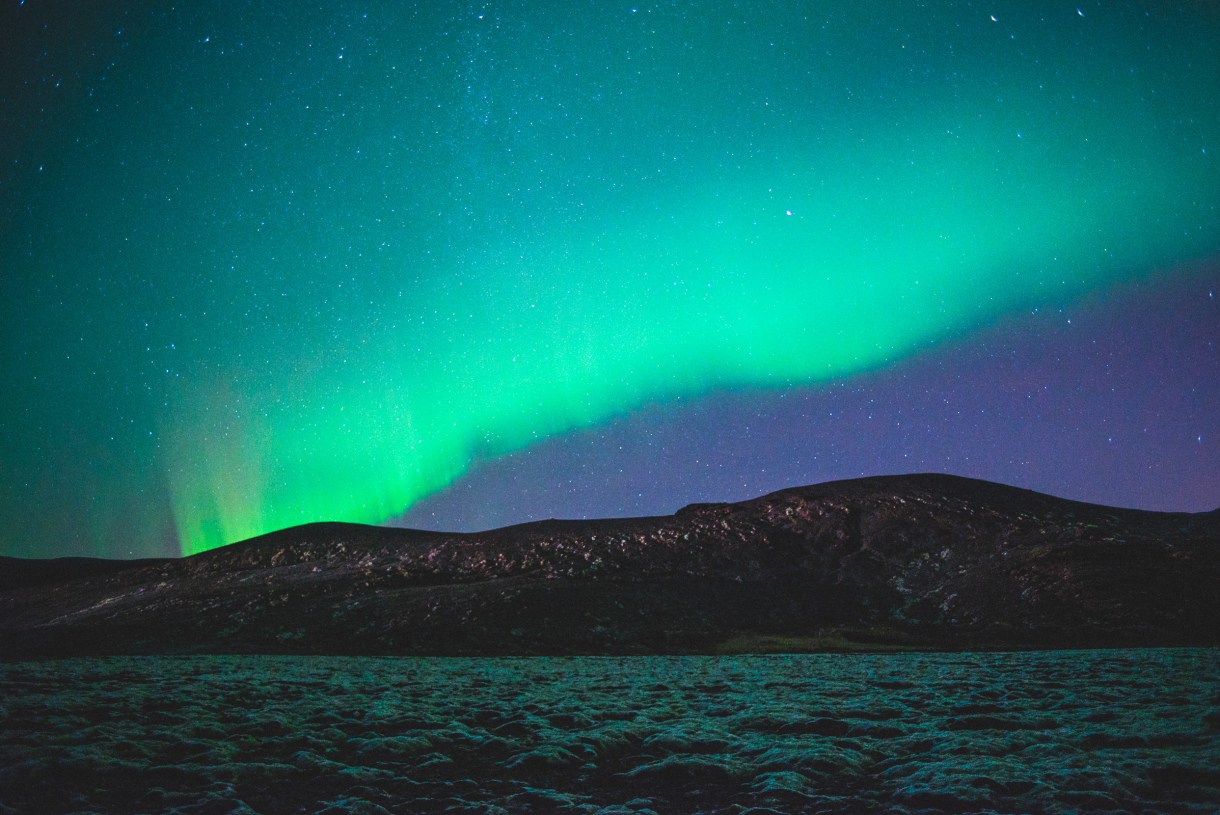 You can see more of Taylor Hatmaker’s photography and pick up her prints at noxnw.com.  She’ll be adding more prints soon. You can email her at taylor@noxnw.com and follow her on Instagram and Twitter, but that’s really up to you. 🌲