Just as a sneak preview of what I’m about to tell you about this show, an alternate title to this review could have been, “Vampire Academy teases a queer romance between a guardian and her charge…but it’s not who you thiiiiink.” (A la my new favorite Marvel superhero, Madisynn.)

As a teen drama about vampires, I knew for sure it had to be gay — especially because it was created by Julie Plec and Marguerite MacIntyre, who have given us queer supernaturals before — so when I hit play, the hunt began. And I thought I found them right away!! Two women standing in front of a mirror, passing a tiara back and forth and complimenting each other. A princess and her Guardian, dancing as equals while the rest of the court muttered about how inappropriate it is?? It’s the stuff of fanfic! “Oh this is going to be GAY gay,” I thought to myself, but I guess this is when it becomes clear that I never read the books or saw the original Vampire Academy movie. (I spent a long time being very anti- any vampire lore that wasn’t of the Buffyverse like a FOOL.) But alas, our main two girls, royal Moroi vampire Lissa and Dhampir Guardian vampire Rose are apparently NOT in love?? Even though they’re literally psychically connected and always top of each other’s minds. Even though their relationship is forbidden. Even though THEY ARE, IN FACT, IN LOVE. Eh hem. 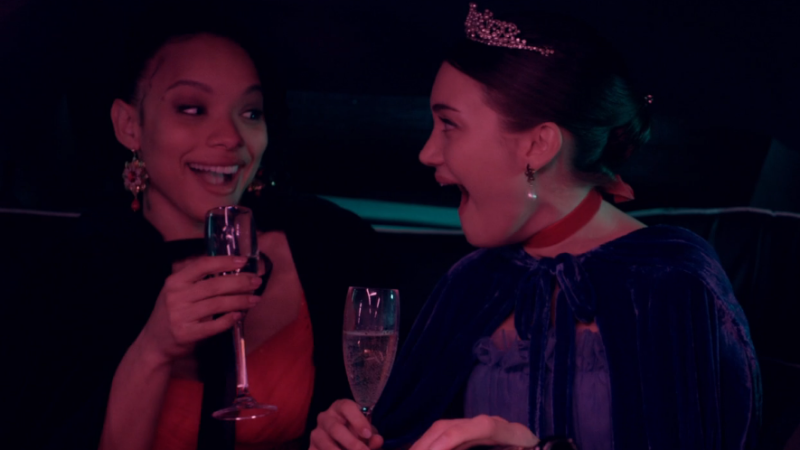 Rose and Lissa laughing at me for shipping them.

In an effort to avoid exactly this problem, Lissa and Rose are almost immediately given male love interests (Rose actually gets two!) but it was too late, the damage was done. And now I’ll be forever sad with each passing episode that they don’t realize that they’re literally soulmates.

HOWEVER, just when I was about to issue the show a citation for unlawful lack of queerness in a vampire property, I caught A Look™. Mia, an ambitious socialite Moroi, and Meredith, a tough-as-nails Guardian, have a bit of a spark, their exchanges layered since they both tend to test boundaries using barbs. But something about the other softens each of them, and even though as of right now Mia and Meredith are mostly foils to Lissa and Rose, respectively, their moments have been meaningful enough that I can guess (or, at least hope) where this is headed, and I like it. Especially because “bitch who is a secret softie” is one of my favorite kinds of characters. And the idea of two of them together?? I don’t hate it! Mia’s ambitions were pretty strongly on being the next queen regent, and when circumstances stole that opportunity from her, she became a bit…adrift. 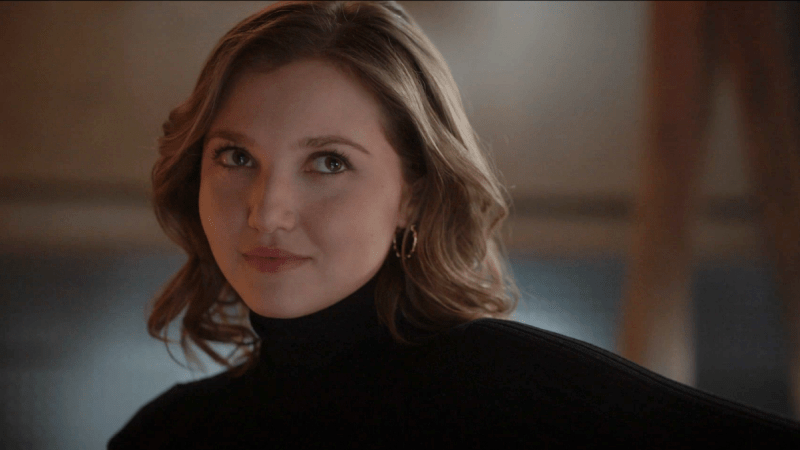 If Meredith ever calls her “princess” sarcastically when Mia is being prissy it’s all over for me. I’ll be doomed. But also…look at Mia’s face and tell me you wouldn’t call her ‘princess.’

She mostly wandered around close behind Lissa, snarking at her whenever the opportunity presented. Her dads are busy and important, and her sister is…distracted. So it makes sense that Mia would be drawn to someone who sees her. Someone like Meredith. 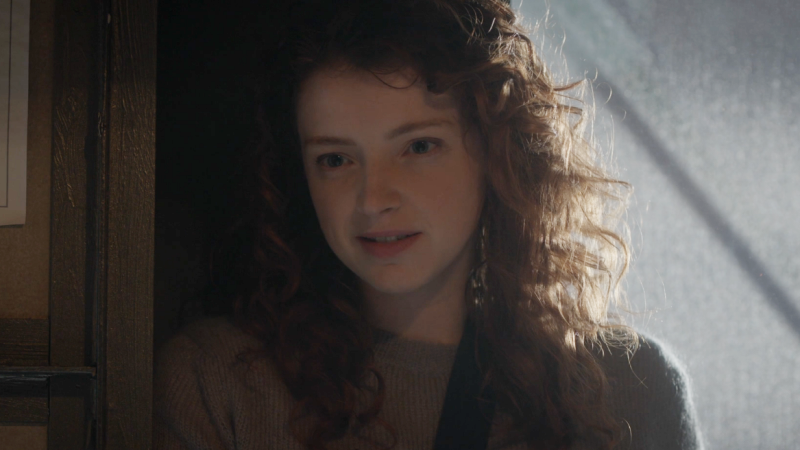 We MIGHT have a top-off on our hands, only time will tell.

Also possibly of note, Mia McKenna-Bruce, who plays Mia, is possibly queer; she has a rainbow emoji in her instagram bio, but she’s engaged to a man so I couldn’t find any posts on my admittedly shallow dive confirming it was a queer rainbow and not just…a nature rainbow, as it is next to some plant emojis. But she’s young and knows how to use the internet so I’m going to go ahead and assume she knows what that usually means and has it there purposefully. I also couldn’t find any hard proof about the actor who plays Meredith, Rhian Blundell, but in an interview with Gay Times, she said, “I did remember reading the characters and thinking, ‘Wow, what I would have given to see a story like that in a show like this,’” so I also feel comfortable assuming she’s queer until proven otherwise. Obviously it’s fine if these girls aren’t queer, but it’s always fun when actors are, so I’m just here to report the evidence! Do with it what you will.

Overall the first four episodes were very fun. It’s really hard to set up lore for a whole new supernatural universe, but they did so quickly; and honestly, they laid some of it out in a voiceover during the intro and I support that, because with words like Moroi and Dhampir and Strigoi, it’s helpful to have reminders during those first episodes. Moroi vampires also have magic, which is fun for me, someone who loves both vampires AND witches. There are mysteries to uncover and relationships to develop. And I love the blending of ancient tradition and modern technology; a lot of the rites and rules they have are from before the current queen’s almost 200-year reign even began, but some of their ceremonies are livestreamed for the entire Dominion. They have communes where women’s only roles are to be breeders (yikes!) but they also have an LCD scoreboard for Guardian rankings. They have gay marriage, at least for the Moroi royal families; specifically Mia and her sister Sonya’s dads. One of which is played by J. August Richards, aka Gunn from Angel, who just publicly came out as gay a few years ago.

I won’t lie to you, it stings a little, watching a mostly straight vampire show on the heels of the First Kill cancellation, a show I was well on my way toward making my entire personality. (Gay vampire + vampire hunter love story??? I’ll never forgive Netflix for this.) It also will never make any sense to me why all vampire shows don’t lean into the “all vampires are pansexual” rule; everything would be more interesting if everyone was a potential love interest for everyone else! BUT it seems this show will provide some queer-adjacent metaphors, with the younger generation of vampires pushing against archaic rules and fighting for their right to live the life they choose. To marry for love, to adapt to the times, and maybe, just maybe, discover magic in themselves they didn’t know was possible.

Who knows how deep this gay girl storyline will go, if we’ll get that juicy Moroi/Dhampir forbidden romance, or if it will jut be a cute side story, but either way, I think I’ll enjoy the ride.