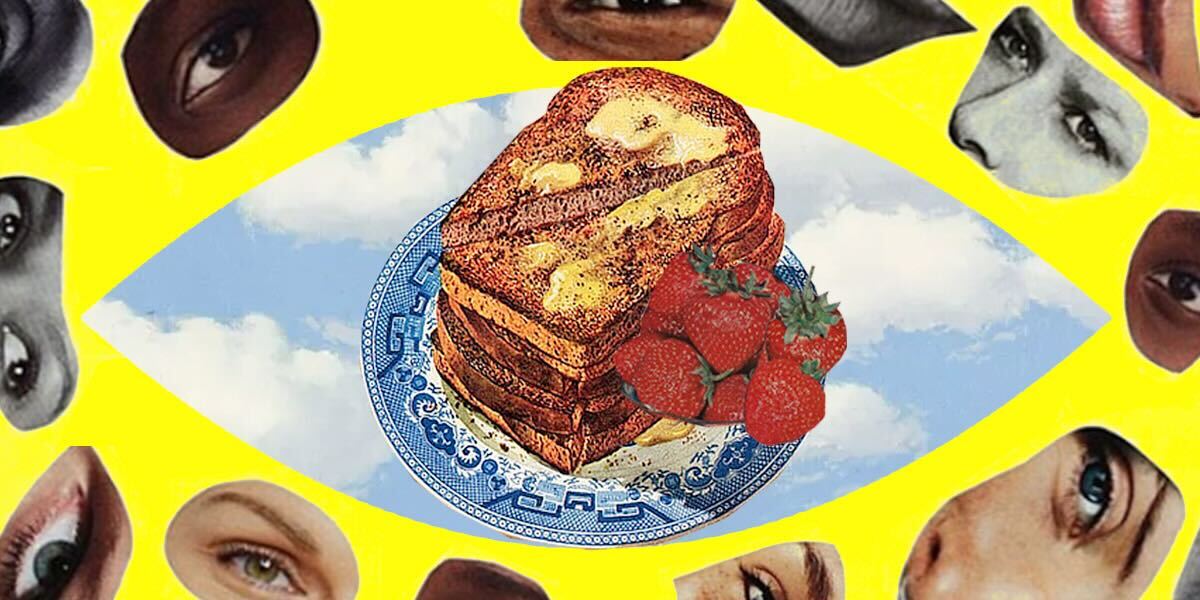 I never got used to the cold, North Country weather. Winters started as early as October, and they were always brutal and unforgiving. I thought this as I stepped outside of my friend’s car, bracing myself for the sharp air with nothing but a t-shirt, flannel, leggings, and Converse. Granted, I didn’t know I was going out until ten minutes prior when two friends stormed my dorm and told me the three of us were going to The Hungry Bear for brunch. Still, I could’ve been smarter about the shit-ton of snow on the ground.

Hungry Bear (nobody says the “the” in the name) was located in the middle of the Military Turnpike. I passed by it so many times on the way to Walmart throughout my college career but never noticed. The diner is small and average, a huge image of a bear about to eat a stack of pancakes at the entrance is its only distinct trait. Its outside appearance reminded me of a wood cabin. Hungry Bear’s opening in 2010 was probably one of the most exciting things to happen in Plattsburgh that year — rarely did anything major happen in the town. Still, it had an old-school energy to it.

Should I tell my friends I was freaking out and had a mental breakdown in my dorm just a couple of hours ago? How am I supposed to bring something like that up?

I didn’t know how to settle the thoughts in my head, I was out of it, and it was obvious to my friends that something was up. I regretted going as soon as I got in the car, but my friends were persistent. And I couldn’t say no to diner food (what can I say, I’m American). Fuck.

It was 13 days before graduation. Sleep was rare, and while I had insomnia for years by that point, it was worse during those last days of undergrad. Someone would think I wasn’t sleeping because, duh, I was about to graduate. It makes sense to spend your last nights of college getting lit and making lifetime memories.

Most of my last days were actually spent alone in my dorm. I was depressed that I still had nothing lined up post-graduation while my friends were graduating in May 2022 and already had jobs secured. The future was daunting and unknown. I spent most of my college years trying to be perfect, staying indoors on a Friday night instead of going out. I was graduating a virgin, and the closest I got to fucking was when I was in a situationship with another student who told me she was tired of men and interested in sexually exploring women. My neurodivergent brain made it difficult to create and maintain a lot of friendships, because there was always a wall, always the feeling of inadequacy and not belonging. Those feelings were amplified during these last few weeks.

So I didn’t get a lot of sleep. I was tired. I can’t recall the exact start of that morning, but I probably went over what I’d do that day. Finish that essay. Clean. Attend the weekly staff meeting with the other RAs in the building and our RD. Continue watching You on Netflix.

Each step incited a soft, creaking sound. Classic rock like Aerosmith and Lynyrd Skynyrd played in the background. It was chilly inside, but everywhere in Plattsburgh was cold.

The diner, I soon discovered, represented Plattsburgh as a whole. Everything there moved slowly. Everything felt like a low-budget indie film. It was quiet, somehow soft. Simple. Also, white people were everywhere. It was nothing like The Bronx. Nothing like home.

Two old white dudes in biker gear sat near us and couldn’t hide their staring and prying, but we let them get away with it, because it’s Plattsburgh. Shit like that always happens. You learn to deal with it, just like learning how to deal with Confederate flags and Trump posters all over town or University Police officers harassing students of color. A group of frat boys from our school was also at Hungry Bear, but they sat far away from us.

My friends couldn’t stop bugging me, and I knew I couldn’t hide any longer. The flow of the conversation could no longer make space for trivial ramblings on finals and what everyone did last night.

It would be okay if I just opened up. It would’ve made things a lot easier too. But there’s comfort in silence. You grow used to it. Communication and expressing my feelings have been problems since I was a toddler. I sat in my chair with my eyes glued to the menu, unable to make eye contact with my friends.

One of the best post-college decisions I made was deleting Snapchat. I never really liked it, but I had friends who used it, so I did too. Rotating through different social media apps in my twin XL bed, I opened Snapchat expecting nothing spectacular. I clicked on my friends’ stories and saw the usual weekend shenanigans. Flashing lights, liquor, shaking ass to Bad Bunny with a whole bunch of people. The flashing lights were from Retro, the only club in Plattsburgh and a club I’ve been to multiple times but never enjoyed that much.

But viewing those snaps triggered an onslaught of intrusive thoughts. They came in waves, each one forcing its way to occupy space in my mind, each one as loud as sirens.

You’re pathetic.
Your friends have more fun going out than spending time with you.
Even if you went, you wouldn’t have fit in.
You’re wasting your youth.
Why can’t you just be a normal young adult and go out?
What’s wrong with you?

Saved by the waitress, I kept deflecting and ordered french toast with bacon and berries on the side. This is my go-to at any diner. French toast because it reminds me of making it with my mom as a kid, bacon for protein, and berries for extra sweetness. I stuck with the complimentary water given to us instead of ordering a coffee or juice out of habit. When I used to go out to eat with family, none of us asked for a beverage that wasn’t water due to the extra cost. It was already a big expense to sit down and be served food. Ordering a drink that wasn’t water was a privilege. And while I could’ve spent a few more bucks and gotten something to drink, I always have that lingering fear of losing all my money and being left with nothing. At least diners are more affordable than a lot of restaurants. That’s a big reason why I love them so much.

As the waitress finished writing our orders on her notepad and left our table, deflecting was no longer an option. I mustered up the courage and spoke.

I don’t think I could put this part in pretty words. It wasn’t pretty when I spoke about it out loud to friends — there were a lot of stuttering and awkward pauses — so why should it be pretty written down?

After pacing on the hard floor with my thoughts, I grabbed the first thing I saw and threw it against the wall. It was a glass skull I got from a gift shop years ago on a family vacation to Mexico. I started throwing things when I’m upset at a young age, because articulating how I felt was a skill I lacked. I threw the fake skull as if it held all my emotions inside and breaking it would release them. But breaking something was not enough. The thoughts wouldn’t go away, and I just wanted my mind to calm down. I grabbed hand sanitizer, removed its top, and attempted to drink it. The taste was so unbearable that I spat it all out.

I Googled Greyhound trips to New York City. It felt too dangerous to be by myself in my dorm for 13 more days, and I thought things would be easier if I went home. Sure, I had to work shifts at the library, check out residents for winter break, finish my finals, and pack up my dorm. But I was scared I’d hurt myself if I stayed any longer. That fear eventually subsided, and I can’t recall any other details from that morning.
I do remember the hard knock on the door by my friends just a few hours later.

There it was. The eradication of silence. The discomfort. All of what happened out there was like an open cut. Funny enough, I was saved again by the waitress when our food came not long after I shared my story. She said hope you enjoy your food in a high-pitched voice and gave us a smile she probably used countless times on the job. Meanwhile, our faces were all too serious. Not much can kill the immaculate vibes of a diner, but mental illness can.

My friends offered comforting words as we stuffed our faces. It was almost embarrassing, having my cognitive distortions shut down by the power of friendship. One thing stuck out to me the most.

The words didn’t solve everything. I had a long way to go after our talk. They were also simple words, easy to find in a social media post. But I needed those words, because I didn’t think I deserved to enjoy life (looking back, that’s also some colonizer mentality bullshit). I needed to allow myself to enjoy life on my own terms, rather than trying to fit some mold.

What better place to start than in a diner?

I soaked my french toast in syrup, bit juice out of the ripeness of my berries, and savored bacon on my taste buds. The fruit was fresh, and the bacon was just a tad bit burnt. Just how I like it. Every bite of my french toast came with a side of memories of my mother and me in the kitchen — the stove on medium heat, our hands sticky with egg and ground cinnamon, and smiles on our faces. 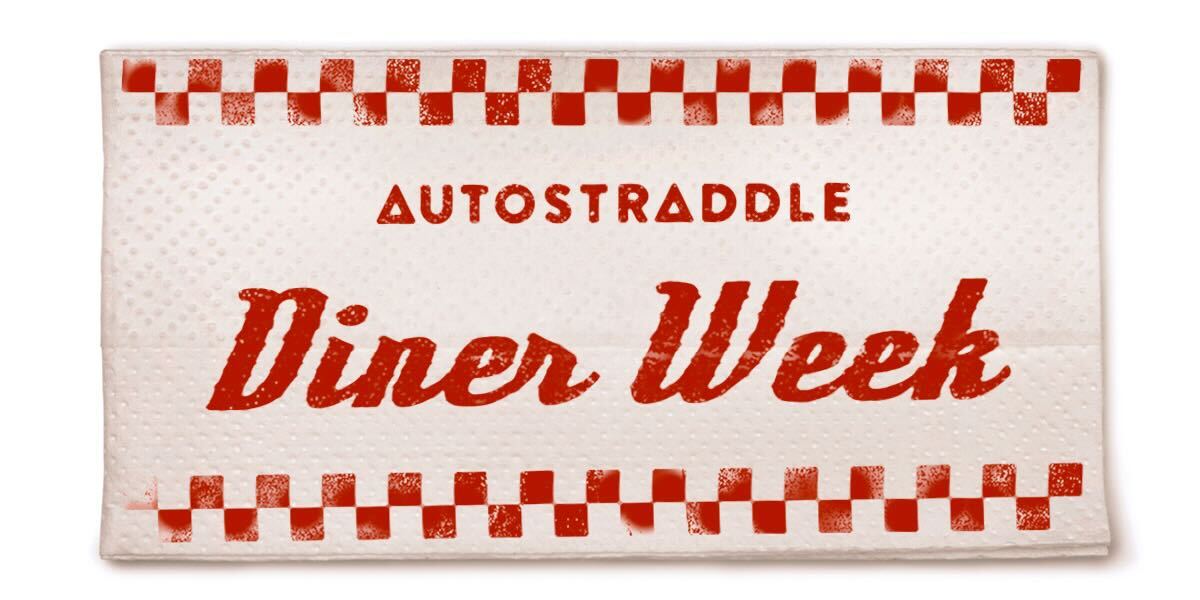 Lily has written 10 articles for us.