In 1873, Dr. Edward Clarke wrote of a “Miss G” in Sex in Education. Miss G attended college, graduating at the top of her class, and died shortly after, causing Clarke to diagnose her passing as “resulting from too much energy in brain,” and  “not enough in [the] womb.” 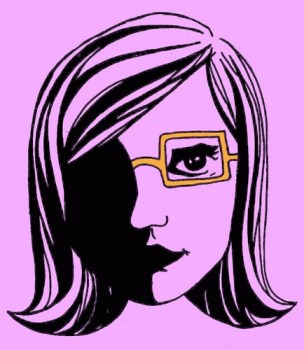 Exactly 140 years later, her memory has been cemented in Ontario history as the inspiration behind The Miss G Project for Equity in Education – an eight-year long (and recently successful) campaign to offer a gender studies course in the region’s high schools.

The Miss G Project was born in January of 2005, when five college students at the University of Western Ontario realized they had something unsavory in common: the experience of watching rape culture charge into their high school communities.

Kickin’ around a dorm room, listening to tunes, and talking about high school experiences, it occurred to them that they had never encountered an introduction to studies of gender, its intersections with class, race, ability and sexual identity, and its implications in their high school education. Nor did they see women’s perspectives and experiences represented or included in the curriculum as anything more substantial than a tokenistic sidebar in a textbook.

They decided what they were learning in university Women’s & Gender Studies classes and in their experiences of activism was eye-opening and life-changing and should have a place at the high school level.

They demanded an introductory Gender Studies course in the Ontario Secondary School curriculum. In 2008, The Ministry of Education committed to implementing a revised Social Sciences and Humanities curriculum, and in September, Gender Studies will be a part of that curriculum. According to the Miss G Project website, the description reads as follows:

Gender Studies, Grade 11
University/College Preparation HSG3M
This course enables students to learn about the dynamic nature of gender roles and norms; sexism and power relations; and the impact of representations of women and men in the media, popular culture, and the arts. Students will analyse a range of gender equity issues, including gender-based violence and workplace equity, in both Canadian and global contexts. Students will develop and apply research skills and will design and implement a social action initiative relating to gender equity.

When I was in high school, I lacked a vocabulary to define my own oppression. I stumbled through life completely perplexed by the lens through which the world saw me — a biracial girl with a single, working-class mother — and spit me out. As I came of age, I came of consciousness, having the extreme pleasure of taking a college course at 17 called “History of American Women.” (Honors.)

Once I began to study the women who came before me, and finally conceive of a whole woman I could become, I understandably began to exist. It was addicting. I dropped my business major to pursue Women’s Studies. I scrapped my corporate ambitions to enter the nonprofit sector. I became an activist. I never felt I was choosing to do these things — I felt compelled, pulled by some strange intellectual force toward ending whatever voices whispered in my ear as a child about what it means to be a woman, how I should feel about my hair, where my parents came from, how much money it takes to be human. Studying and living at the intersection of various oppressive forces has kept me on my feet. It’s kept me alive. 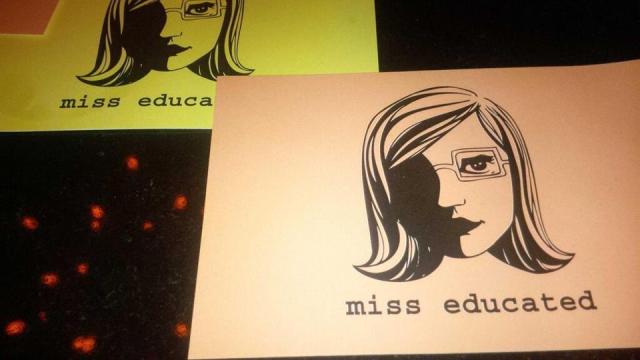 I, too, look back on my years in high school and wonder how I would have looked and felt in my own body then if I’d known what I do now. That’s a natural part of life, but in this case it’s extreme — I left high school afraid of who I might be, and left college excited at the prospect that I was bound for greatness after all. Women’s studies gave me more than a vocabulary, it gave me a life. It taught me how to see barriers and then it placed the hammer in my hand with which to smash them. Learning about gender, sexuality, race, class, and all that jazz in college gave me a sense of being in the world and a desire to reconcile the differences which drive us so far away from each other as a large clump of beautiful humans stuck on this banged-up planet.

I’m excited for Ontario, and I’m excited to meet Miss G. I’m even more excited, though, to see who these students decide to be once they’ve learned the truth.

A big thanks to everyone who has ever worked with or supported the Miss G_ project over the years. Together, we have made a difference!