As the very necessary self-isolation and social distancing orders continue and we try to come together and flatten the curve of COVID-19, the unfortunate reality is that thousands of jobs and creative endeavours are disappearing every day. Alternative weekly papers all across America are closing up shop, considering the advertising revenue that keep these publications afloat have been obliterated. If there aren’t any events happening to advertise, there’s no ad money coming in to keep the lights on.

On March 23, Prizm Magazine, Ohio’s LGBTQ+ alt-monthly, announced that they too have been forced to shut down in the wake of COVID-19. It’s a tragedy when any publication shuts down, but for the state of Ohio, Prizm Magazine was the lifeblood of the LGBTQ+ community in an area still lacking statewide LGBTQ+ nondiscrimination protections.

At the time of publication, there are bills sitting in the Ohio state house intending to prohibit gender-affirming care to transgender youth and outlawing transgender women to compete in high school athletics, and even after state representative Candice Keller claimed that mass shootings are a direct result of gay marriage becoming legalized, she’s still holding public office. 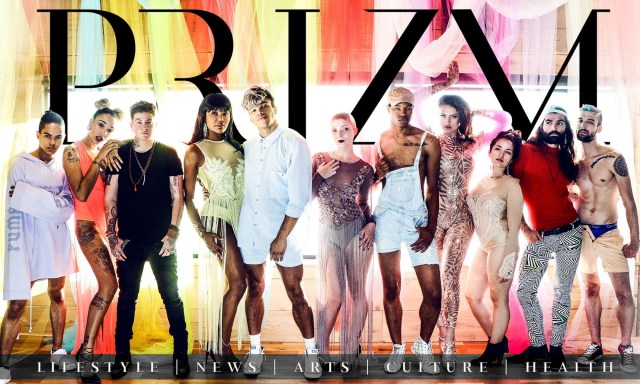 I worked as a writer for Prizm Magazine under the guidance of editor Dr. Ken Schneck, and was fortunate to work during a time when diversity, equity, and inclusion was at the forefront of the magazine’s focus, even in a swing state. “I quickly learned how very deep the media bias runs that results in disproportionately featuring the voices of white gay men,” Dr. Schneck said in his editor’s farewell.

Prizm worked tirelessly to amplify the voices of LGBTQ+ people of color, both as subject features and as paid contributors. Finding gainful employment is hard enough when the world doesn’t feel like it’s falling apart at the seams, and believing that my teammates are going to be able to find opportunities where they’re afforded the chance to write about their lived experiences as LGBTQ+ POC is highly unlikely.

“We can rely on mainstream media covering the shirtless torso of a chiseled cis white man on a Pride float in Columbus, but what doesn’t get covered is the church in Portsmouth, Ohio who just organized their first Pride or Cincinnati Black Pride that centers the voices of LGBTQ+ people of color,” Dr. Ken Schneck tells Autostraddle. “Prizm was dedicated to covering the legislation designed to restrict our rights but also the voices of the individuals whose rights are being assaulted.”

Unless other news outlets begin picking up these stories, Ohio’s LGBTQ+ coverage is going to be relegated to “The Big Cs” (Columbus, Cleveland, Cincinnati). To those that don’t live in Ohio, it makes sense to focus on the three biggest cities in an otherwise “flyover state,” but these are giant blobs of blue in an otherwise blood-red state. The Big Cs are already safeguarded with relatively progressive leaning newspapers and media outlets, but Prizm filled the gaps for the rest of the state and amplified the LGBTQ+ folx fighting in areas with little to no support. 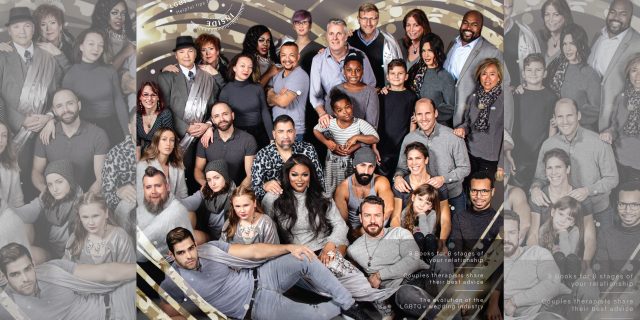 As a contributor from Cleveland, I am privileged to live in a city and county with LGBTQ+ protections, but driving less than fifteen minutes west drops me into another county where I am not protected in the slightest. Ohio’s hate crime law addresses violence based on race, color, religion or national origin, but not sexual orientation or gender identity. Thankfully, federal law does provide some protections within the state, but having any faith in the criminal justice system knowing the state as a whole doesn’t classify LGBTQ+ people as equally deserving of protection doesn’t really put our community at ease.

Most importantly, perhaps, is that Prizm was always free and accessible whether online or out in the wild. The magazine would sit right alongside the daily newspaper at music venues, coffee shops, and LGBTQ+ centers all across the state. Prizm normalized the existence and exposure of LGBTQ+ folx from all walks of life, smashing stereotypes and demolishing the preconceived notions straight people may have about what a queer person on the cover of a queer magazine should look like. The complaints about queer/gender non-conforming representation in the media are justified, and Prizm offered an equitable alternative that will be impossible to replace.

In my last piece for Prizm, I interviewed my seven-year-old niece and soon-to-be flower girl for my wedding (pending COVID-19 fuckery) later this fall. Knowing she’ll want to show everyone in her class the pictures of her in our wedding, her parents and I decided that it was the perfect time to explain to her that her future Aunt Harmony, her “Auntie Beej’s” very tall, blue-haired girlfriend, is transgender. As someone who also works as a K-8 educator in Ohio, my heart is broken thinking about the amount of parents who could have benefitted from reading this piece and finding ways to approach the subject matter of gender identity with their own families.

The topics Prizm covered were important, because they gave people insight into our community who may otherwise go uneducated, and it allowed LGBTQ+ folx to know that they weren’t alone. My future wife and I can’t go grocery shopping without someone making a comment about us, taking photos of us without our consent to send to their friends, or in extreme cases, threats of violence. The day to day for queer and gender non-conforming people in places like Ohio can be legitimately terrifying, and so many of us needed Prizm to help us feel seen and validated.

When I take my allotted walk outside through my neighborhood amidst the state’s stay-at-home order, I can’t help but peer into the windows of closed up businesses and darkened restaurants. Nestled in window nooks covered in local band stickers and worn adhesive, I can still see last month’s edition of Prizm stacked next to now weeks old newspapers and flyers for shows that no longer exist like a little gay ghost of Christmas past here to remind me of how things used to be.

Adjusting to the new normal that is to come on the other side of this pandemic is mandatory, but trying to find a way to adjust to an Ohio without Prizm Magazine is something I’m not quite prepared to do. I guess all I can do is exactly what our beloved editor suggested, “I’m going to sit around, sigh a bit, and just try to be appreciative for what Prizm provided; a medium to filter the light into our constituent spectral colors.”