Good morning, wind chimes! I’m back to work today, dreaming of butter cookies and what I’m going to do with my 2018. Here are some STEM links to ponder as you build out the frameworks of your road maps for your moonshot initiatives. I’m going to strategically lean in to buzzwords to the point of nonsense and obliteration this year!* It’s gonna be great!

A Mathematician Who Decodes the Patterns Stamped Out by Life — Corina Tarnita deciphers bizarre patterns in the soil created by competing life-forms. She’s found that they can reveal whether an ecosystem is thriving or on the verge of collapse. Super interesting!

How One Brilliant Woman Mapped the Secrets of the Ocean Floor (National Geographic video about Marie Tharp, not closed captioned)

Mathematician Dr. Hannah Fry was on NPR talking about her book The Indisputable Existence Of Santa Claus: The Mathematics Of Christmas

The Independent: 20 female groundbreakers of 2017

Throwback: remember when Autostraddle talked to SpaceX Engineer Joy Dunn about Falcon 9? So cool. Check out these awesome photos of last week’s Iridium4 launch, which carried 10 Iridium Next communications satellites into orbit. As the first stage of the rocket passed through an area of cold, dry air, the exhaust froze, creating this striking image in the post-sunset glow. 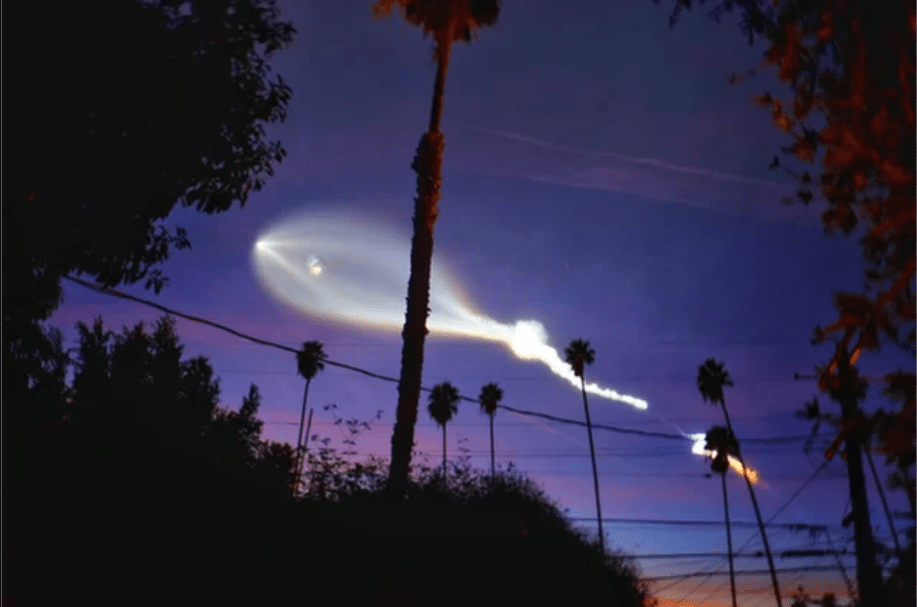 Photographer Erica Kelly Martin captured this amazing view of SpaceX’s Falcon 9 rocket soaring over the palm trees of Hollywood, California after its launch from Vandenberg Air Force Base on Dec. 22, 2017. Credit: Erica Kelly Martin via Space.com.

Brain Drain at the EPA

The departures [including some 300 scientists and environmental protection specialists over the past year] reflect poor morale and a sense of grievance at the agency, which has been criticized by Trump and top Republicans in Congress as bloated and guilty of regulatory overreach. That unease is likely to deepen following revelations that Republican campaign operatives were using the Freedom of Information Act to request copies of emails from EPA officials suspected of opposing Trump and his agenda.

Hundreds of government scientists blocked from attending the largest gathering of Earth, space and climate scientists in the world.

What makes some men sexual harassers? Science tries to explain the creeps of the world.Two things grabbed me here:

The Librarians Saving The Internet

Learning for EveryBody: Lessons from Susan Burch by Adriana Salerno

PBS: A Map of Gender Diverse Cultures — This is a couple years old and the language is imperfect and clunky. But! I think some of you will really enjoy the little interactive map, which includes such entries as, “Bangala (DR Congo) – In the centuries before European colonists arrived, the Bangala people’s animist beliefs were carried byshamans would dress in women’s clothing in order to gain the ability to solve crimes such as murder.” Murder! I am fascinated, going to read more now. 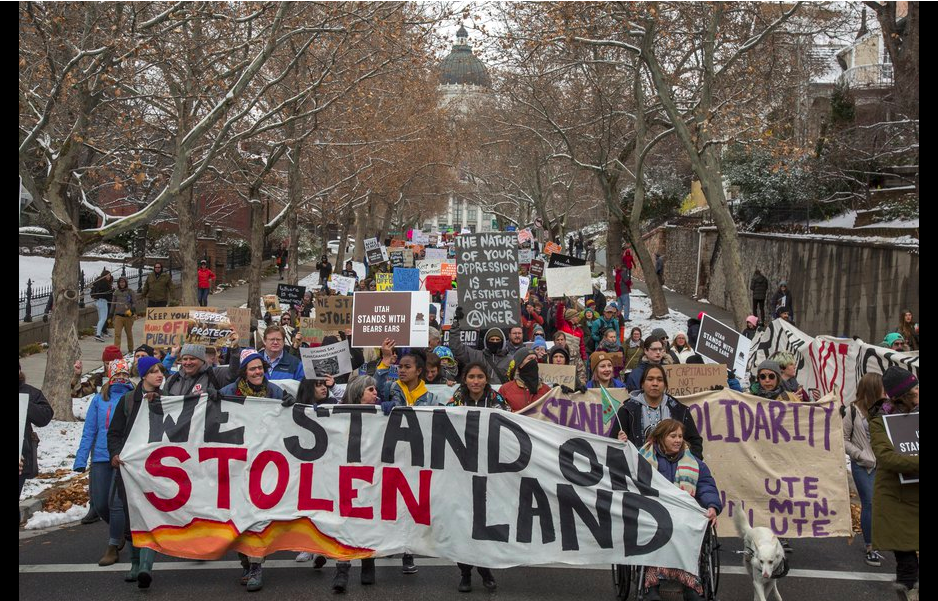 Protesters march from the Utah State Capitol through downtown Salt Lake City during President Donald Trump’s visit Monday, Dec. 4, 2017. Roughly 3,000 demonstrators lined up near the State Capitol to protest Trump’s announcement of scaling back two sprawling national monuments, and his declaring that “public lands will once again be for public use.” (Benjamin Zack/Standard-Examiner via AP / The Salt Lake Tribune.)

Should You Shower in the Morning, or at Night? (Yes.)

Does raising your arm to the sky improve your cell reception? (No.)

Nature’s top 10 videos and podcasts of the year

This Week in Science Podcast (TWIS) – “We take a moment to reflect on the whole of earthling history. This once humble rock spinning lifelessly in space… Without an atmosphere to call its own… Has come quite a long way in the last past 4.5 billion-ish years.”

Five Fun Facts About Reindeer – “Unlike most deer species, both male and female reindeer grow antlers. So we really don’t know the sex of Santa’s reindeer.” Related: this Snopes article, which incorrectly describes the reindeer as having masculine names. Are you seriously going to tell me that “Prancer,” “Vixen,” “and “Blitzen” aren’t drag loving dykes?