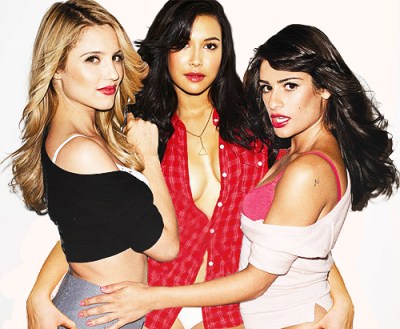 Ever since I met Leni at Jewish summer camp, where I fit in and she was way too cool, I’ve been half-obsessed, half-terrified; I wish she were a boy so that my feelings would make sense. I’m fifteen and humid with lust and yet I wear my brother’s huge t-shirts to obscure my boobs, which burst out of my chest one day like guests who take over a party and won’t leave. Leni’s boobs are just small enough that she doesn’t have to wear a bra, i.e., perfect, as I note ruefully when she lifts her shirt to show me her nipple piercings.

Other Nerve.com True Stories you might like: our very own L.M. Fleming wrote The End of an Era: the hookup that taught me I was a lesbian. Also: 15 Stories About Dating Potheads and Blogs Ruined My Sex Life and By Any Other Name: How My GLBT Students Taught Me To Love a Forbidden Word and Sarah Silverman Loses Her Virginity and Mad Men‘s Alison Brie shares an especially experimental moment of college experimentation in “Homosexual Schmomosexual.”

Nerve.com isn’t the only generally-hetero website with a “true stories” sex series that sometimes features girl-on-girl culture. In fact, New York Magazine has featured actual lesbians telling actual stories about their sex lives before: The Lesbian Writer Dealing With a Commuting Girlfriend and The Newly Shacked-Up Lesbian Testing Out The Strap-On or The Lesbian Music Producer In An Often Sex-Free Relationship.