Hello and welcome to the official start of midterm elections 2018! Remember when Trump was elected and everyone took to the streets and were like “we’re going to come out in droves in 2018 and change shit”? Well, the time has come! Y’all better keep your promises and show up to vote and keep your candidates accountable because this is the year that matters. What better state than my dear, beloved — and at times godforsaken — Texas to kick it all off?

Yesterday were the primary elections and even though you might be thinking, wow, who even cares, listen! Plenty of interesting and exciting things happened! First, let me get the main news out of the way: Beto O’Rourke secured his bid for the U.S. Senate seat against Ted Cruz. He’s like our Hail Mary pass right now; like we really want him to unseat Cruz and people think he can do it! But he only got 61 percent of the vote against the other two lesser known candidates, showing that Beto has a lot of work to do with Latino voters living in border communities if he wants to win.

Beyond that, and without further ado, here are all the queer women who kicked ass in yesterday’s Texas primary elections.

Texas Democrats heeded the call and had the highest voting turnout in a midterm election since 2002! 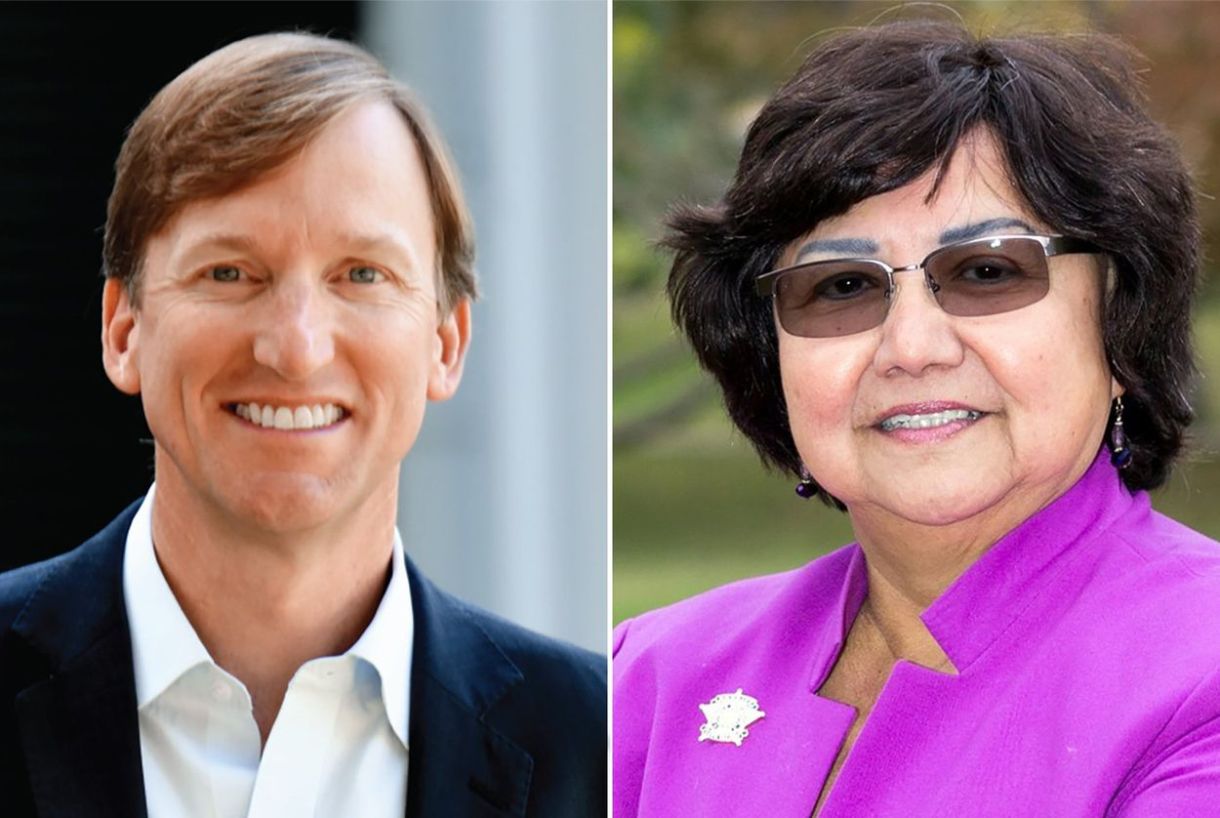 Former Dallas County Sheriff Lupe Valdez is headed to the Democratic runoff against son of a former governor, Andrew White in May for the chance to defeat Republican Gov. Greg Abbott. “Today, Texas democrats got the first chance to fight against hate, and we showed up in great numbers to do that,” Valdez said to a crowd on Tuesday night.

It’s really a long shot for both Democratic candidates to unseat Abbott. For comparison — and this is super disheartening — Abbott has $43 million under his campaign belt, more than any gubernatorial candidate nationwide, while White has raised over $200k and Valdez is way behind with just $46k raised.

While it’s exciting to see a gay Latina rise to the challenge of becoming Texas Governor, Valdez isn’t perfect and not a candidate I wholeheartedly support. It’s difficult to overlook her lack of transparency over prison deaths as a Dallas County Sheriff and while I can’t find a link with this information, I know in the past immigrants’ rights organizations have criticized Valdez for cooperating with ICE and detaining the most immigrants in Texas.

Three Queer Latinas in the Texas Legislature and Potentially Two Latinas in Congress! 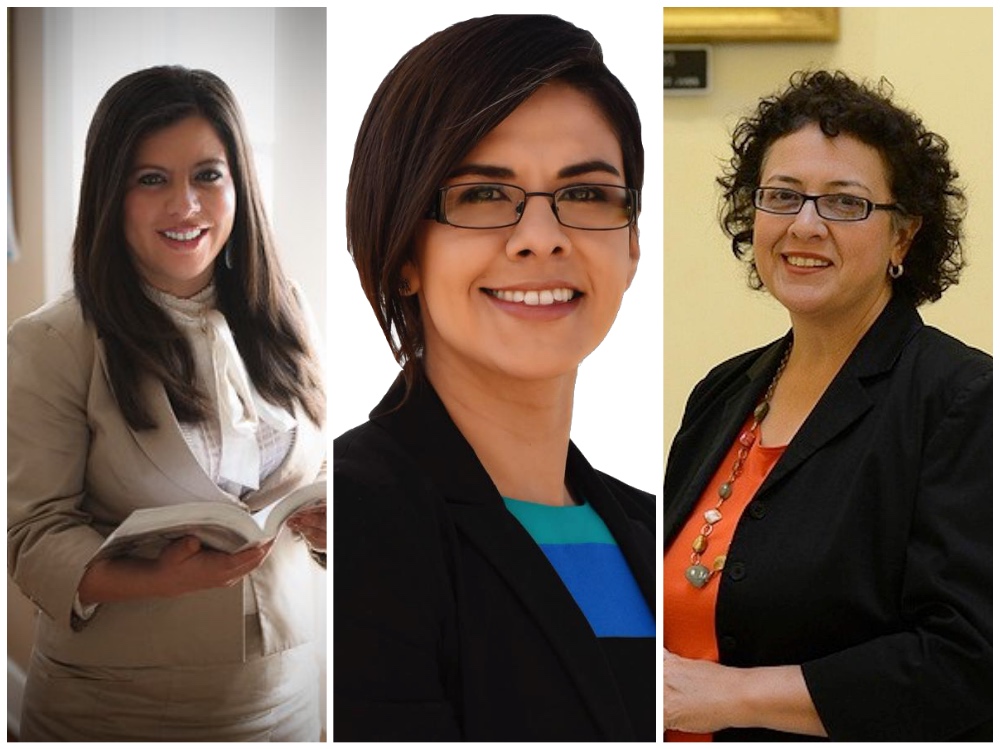 On a much more joyous note, three queer Latinas are officially headed to the Texas Legislature after last night’s elections.

37-year-old attorney Jessica Gonzalez unseated longtime state rep. Roberto Alonzo for the Democratic nomination in House District 104. “We ran a very strong grass-roots effort,” Gonzalez told the Dallas Morning News. “I am just really excited about the opportunity to serve the people. The district deserves better.” There are no Republican candidates in the district so she will be representing District 104 in the Texas Legislature.

Texas has never elected a Latina to Congress.

That could change with @SenatorSylvia & @vgescobar leading in crowded primaries for two safe Democratic seats in Houston and El Paso. #tx2018 #txlege

Watch Out for These Amazing Queer Women of Color 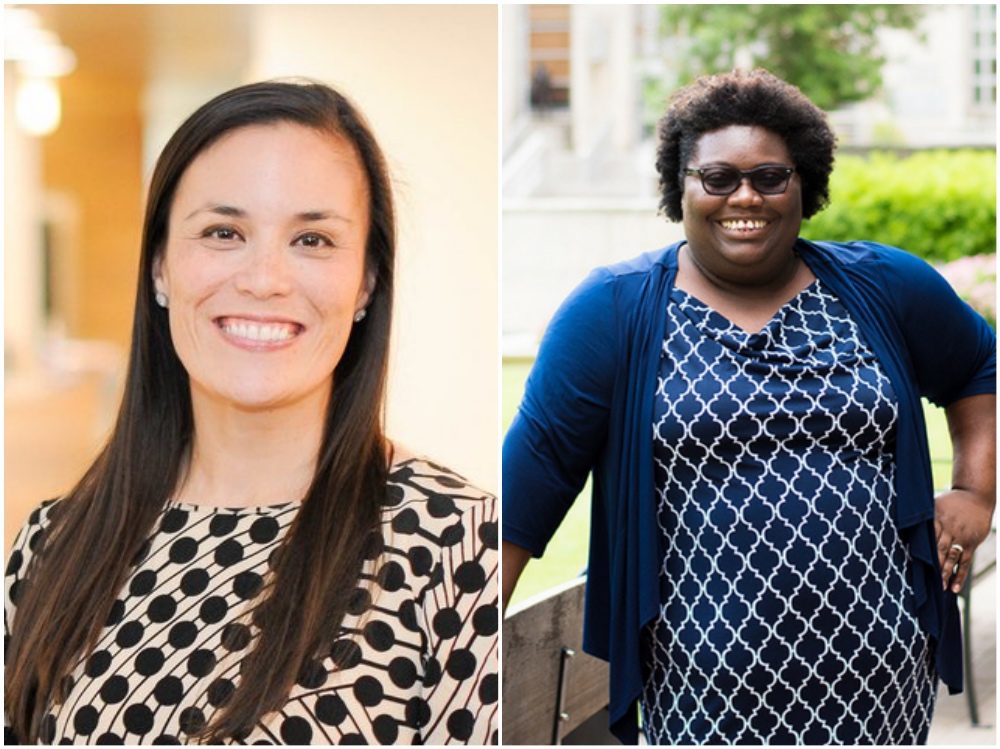 Gina Ortiz Jones could be the first lesbian, first Filipina, and first Iraq War Veteran to grab a U.S. House seat in Texas if she’s elected in November. But first she has to win the runoff in May; with more than double the votes over her opponent Rick Trevino, it should be a cinch. 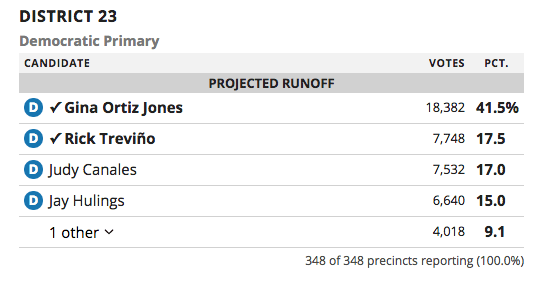 Queer Black lawyer Fran Watson is headed to the May runoff for a Texas Senate seat in District 17.

via the Texas Tribune 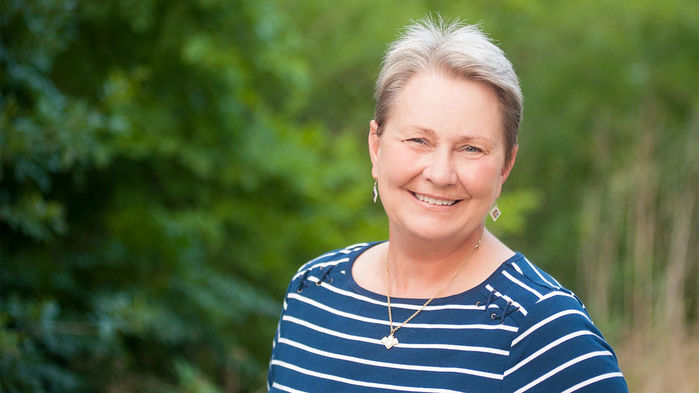 Mary Wilson, former math professor and minister and true underdog, surprised many when she beat fellow Democratic nominees in Congressional District 21. Wilson raised just $40,000 in the last year for the seat in comparison to the highly endorsed Joseph Kosper who raised about $770,000. She received about 1,000 more votes than Kosper but the two will be headed to the May 22nd runoff. 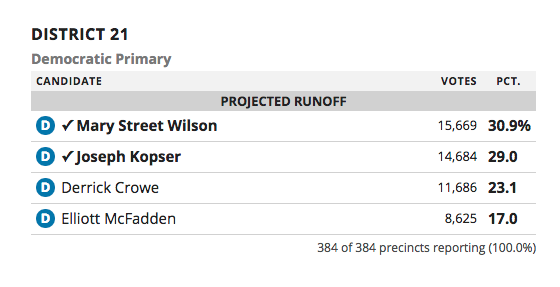 via the Texas Tribune

She told the Texas Observer she was aided by many volunteers who knocked on doors and made phone calls.

In the early days of campaigning, she said she spent time talking to voters and showed up to every event organized by local Democratic groups. “That just cost the amount of money to put gas in my car,” Wilson said. “I put in all the work. Most of that is up to the candidate. … I worked very hard for this.”

Other Queer Women Who Won Seats in Texas

Laura M. created an awesome spreadsheet detailing all the queer women who are running in the midterm elections and we’ll be sharing more information with you in the future, but I just wanted to give her a shoutout! Another shoutout goes to Natalie who tracked down all the Texas primary election results and I used her findings for this section. Yay team! Here are other queer women who secured their nomination.

This morning, I wake up more determined than ever to win this election. Not just the runoff on May 22nd. But the general election in November.

We did it! Thank you, to everyone who volunteered, donated, tweeted, etc. for supporting our team and our vision of putting #PeopleOverPolitics in Texas again. We are ready for November and whatever comes our way. On to victory! #HereWeAre pic.twitter.com/4LjWhRJRSQ

These Queer Women Candidates Were Uncontested

I’m excited and hopeful at the sight of so many progressive queer women potentially gaining offices in Texas! It’s not to say there’s a ton of work to be done in a red state but this is amazing to watch. Catch the next primary midterm elections in Illinois later this month, followed by West Virginia, Ohio, Indiana and North Carolina in May.