Welcome to Autostraddle’s virtual gallery. Here you will receive a continuous dribble of dialogue around the intersections of art forms and queer culture. This will be an open forum critique of art work that will hopefully be a chaotic yet pleasurable experience.

With our art scene inundated with male, white artists, I find myself often walking and talking the line of a Guerrilla Girl. Not that I’m a member or anything. However, the thought often crosses my mind and I’ve probably ruined any chances of becoming a member, because you aren’t supposed to talk about it. The concept of using humor, facts and outrageousness to get the point across — that women are just as awesome if not more in the art world — is always a topic of discussion, at least with me. While this post is not about the Guerrilla Girls — that post will come later — I will be talking about another lady who is just as kickass and could quite possibly be a member, based on her art. 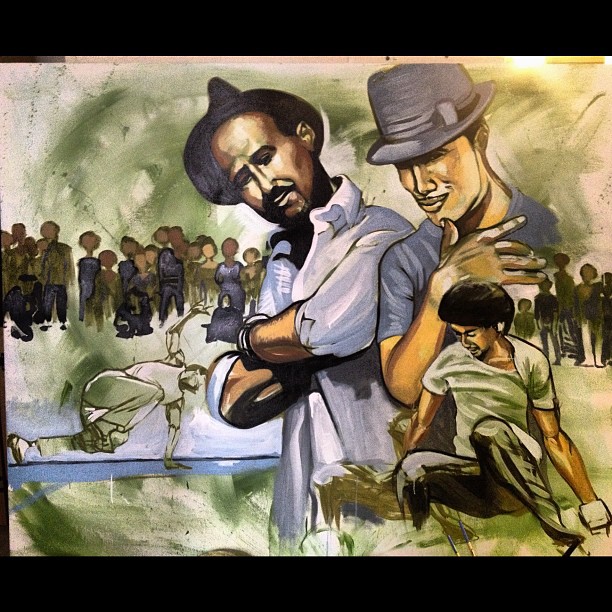 Harlem-based artist, military badass and mother of one, Marthalicia Matarrita is known as the Iron Chef in the street art world. She has taken this name as she specializes in a medium where having bold flavor street-style graphics are the name of the game. Mixing performance, hip-hop and graffiti, Marthalicia is often found battling it out with other artists, painting in time-based competitions. As a current representative of NYC at Art Battles, she is quickly rising to the top as an artist to be reckoned with. 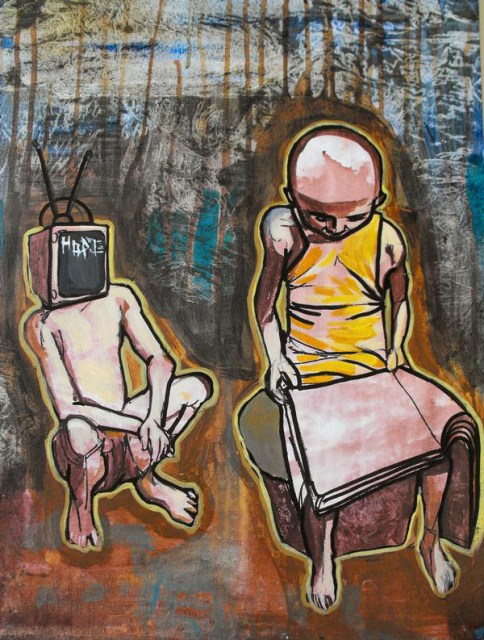 Marthalicia takes the responsibility of her art seriously. She realizes that the statements she makes within her work will impact the audience at large. With this knowledge, she makes it a point to wear her army greens when she paints in battles, often giving a sense of control in a chaotic environment. 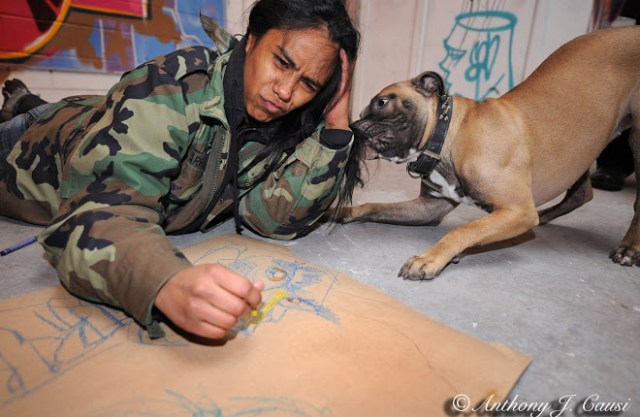 Marthalicia’s art is influenced by her upbringing in uptown Manhattan. With music as her calming guidance she often paints a script of her daily existence. She is openly guarded about the struggle of growing up in with a dysfunctional family, a father who was an alcoholic – now recovering – and a mother who mentally deteriorated, she spent her youth in the NYC shelter system. With images of violence and drugs that were constantly in front of her growing up, she uses these visuals as her motivation and inspiration to create allegorical symbolism in her paintings. 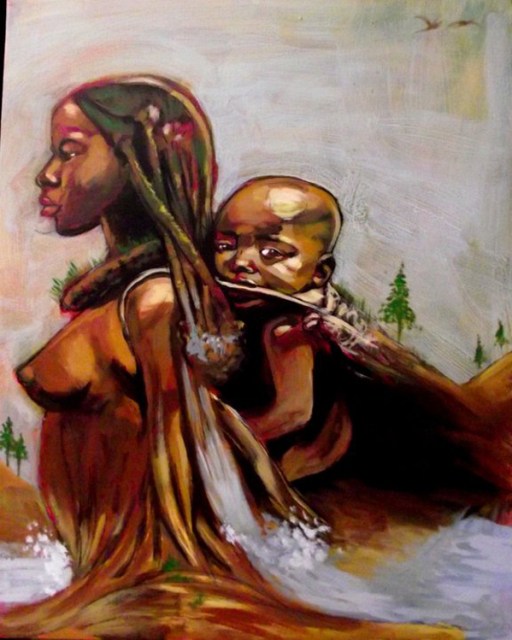 Marthalicia’s work often displays a chaotic background with a calming focus such as a mother and child, as this relationship is the most important to her. Her imagery is often raw and filled with pain, yet there is always an innocence that pulls the viewer in. Her use of color establishes harmony within the story she is telling, while also setting the mood for the cast of characters.

With such a delicate balance of ambiguity and authenticity, Marthalicia has also found herself as an advocate on various political issues. Displaying her brushwork on any and all available canvases. Marthalicia’s work can be found strategically placed in and around NYC. 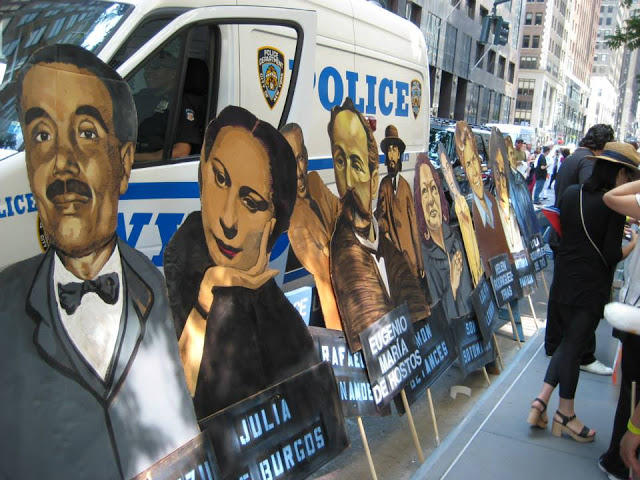 Cast of characters displayed at the Puerto Rican Day Parade
via marthaliciaart.blogspot.com

Join A+!
Related:Miniserieswomen of color

Tara Jae has resigned to her wanderlust feelings, throwing caution to the wind as she finds inspiration and motivation to finish her doctorate. A creative soul and art nerd looking for the next adventure, she welcomes any distraction that allows her to procrastinate from the realities of academia.

tara has written 1 article for us.