One of the core tenants of the Autostraddle TV Team’s beliefs is: a person who plays gay thrice will be gay in real life. We have long been waiting for this to be true of Mae Whitman, who played gay half-ninja Roxie Richter in Scott Pilgrim vs. The World and currently plays gay whole witch Amity on The Owl House. Yes, yes, and she plays lots of other things on lots of other shows too — Arrested Development, Parenthood, Good Girls, Batgirl about a million times, etcetera — but that is not why we are here today. No, we are here today because Mae Whitman has just come out as pansexual, because she falls in love with people of all genders, thank you very much.

In a tweet about Amity and Luz, my heart’s most favorite couple on TV right now, Whitman said she wishes she’d had characters like them growing up ’cause hey she’s gay! She followed it up with some GLAAD resources and said she’s “proud+happy to be part of the Bi+ community!”

Just taking a moment to say I am SO proud to be even a small part of a show like The Owl House. Being pansexual myself, I wish I had such incredible characters like Amity and Luz in my life when I was growing up. Queer representation is sososo important :,) keep it up world! #TOH pic.twitter.com/B3C71c24aN

I know ppl might be unfamiliar with what pansexual means; for me it means I know I can fall in love with people of all genders. This is the word that fits me best 🌈 and I’m proud+happy to be part of the Bi+ community :,)

AND SO ARE WE, MAE WHITMAN! WE ARE PROUD TOO!

Another reason I was always thinking Mae Whitman is probably part of the bi+ community is the very bisexual way she’s always sitting with all her entire feets in her chair and also leaning on everything with a smirk. For one recent example: 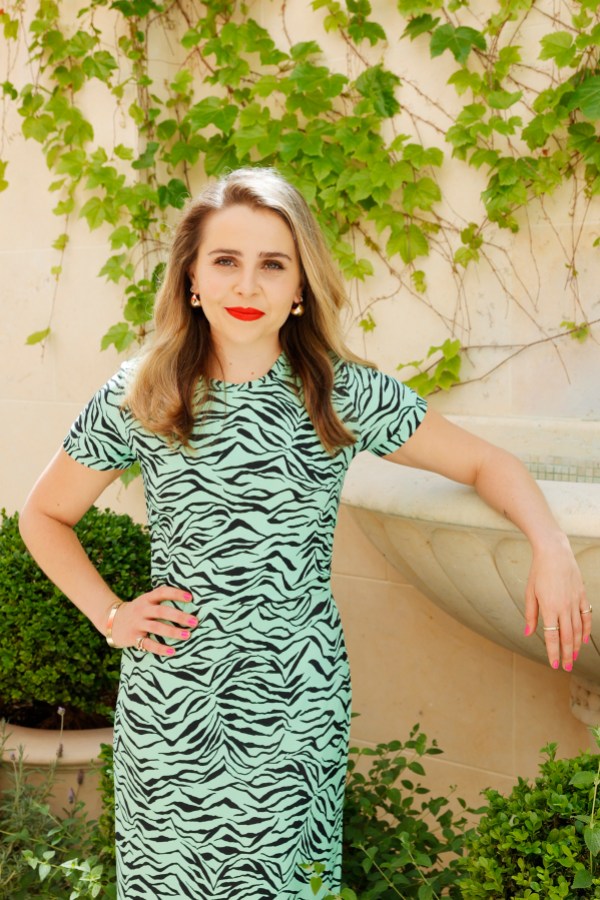 Congratulations to Mae for coming out, and to me having yet another chance to say you should watch The Owl House.  HOOTY HOOT!