This weekend, thousands upon thousands of card carrying, glitter covered, rainbow dancing, wonderfully proud folks will descend on our capital. And they will be in for a dropping-your-ice-cream-cone-on-the-floor disappointment. The organisers are using the term ‘Plan B’ for the new version of the event, which manages to cut basically everything that matters to us. People will be arriving in the city without a clue where to go or what they should be doing. And even though before we voted for him he was ‘all about the Pride,’ our own blonde bumbling Mayor has declared he won’t be attending. 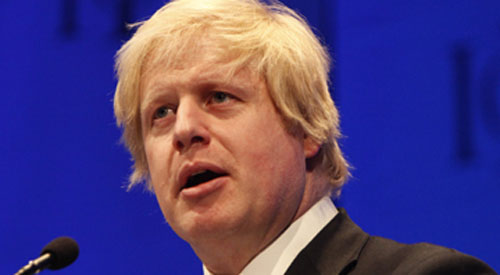 Our mayor (via Midlandzone newspaper), who’s not supporting us

So just what will we be doing without at this year’s World Pride? Well, the main part of any gay event — with the streets will be full of pink Lorries, fire engines covered in balloons, naked women on roller-skates and men in thongs on stilts — the gay parade won’t be taking place. What should be a rolling succession of so many charity wagons collecting money, social groups, religious floats and Lady Gaga dancing trailers that wave to the crowds and show what gay pride is really all about, will not be happening in London. A week before the festivities are due to begin, all cars, floats and vehicles were banned and only walking will be permitted.

The sparkly outdoor fashion shows, the outside bars and other celebrations planned for the Soho part of the city have also all been cancelled. This is said to be because the place might not be ‘safe’ for us to party in. The main stage event was to include many acts from all over the country is to still go ahead, but must now finish by the I-wont-even-have-had-my-second-drink-by-then measly time of 6pm.

So why is everything going wrong? Why are we being such an epic fail of a host? Well, it’s all about the money, of course. Due to lack of funding, everything that’s fun and exciting has been slashed or cut completely. Many people are calling this incredibly homophobic, as there has been no problem with similar events, such as the Notting Hill Carnival, which attracts less people, but still receives the massive present of £250,000 annually, while the queers from around the world get a taped together recycled gift from the year before. 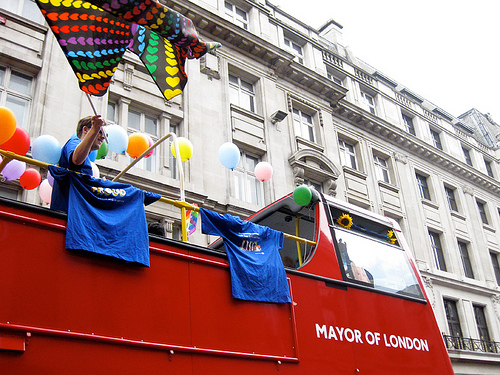 There was a last-minute attempt from Gaydar and Smirnoff to add money to the pot so some elements of the day would be restored, but this was unsuccessful. It’s already mental that we are expecting people to come from far and wide to dance about in our pitiful wet July weather, but the fact that we cannot get our own mayor to cough up the cash for this event is just making us bitter. A spokesman told PinkNews:

Pride belongs to LGBT people, our supporters and friends. We deserve better than this, and we can do better than this. We need a Pride for London that involves LGBT communities – including community and campaigning groups of every kind, LGBT charities, trade unions, campaigning and student groups, commercial venues, and the LGBT media all need to be involved.

Because of the chaos, it was announced today that Pride London’s Chair Dr Patrick Williams is standing down with immediate effect. Just what you need — all the people in charge shuffling about playing musical chairs, arguing over what colour tie might make them look less guilty. And gang, make sure you’re in Portman Square at 10am for the big walking parade, or you may not be allowed to go. Crowd safety notices have been issued with warnings that it may be restricted. It’s been said that the day has been ‘logistically impossible,’ as if we gay people are just some annoying game of chess that they can’t solve. 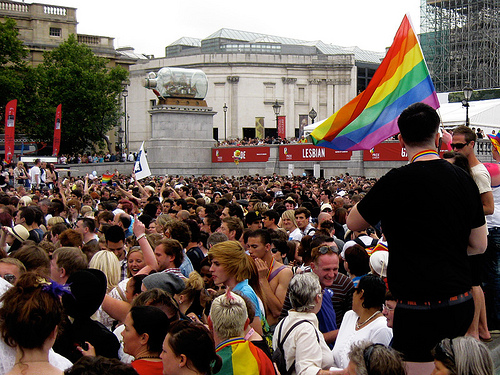 The square last year in London.

It’s bad enough that they are making such a catastrophic mess of our capital’s day, but the fact that we were so ‘proud to be the hosts of World Pride,’ just a few days back is embarrassing. It’s going to be a disappointing and awkward week for everyone who’s travelled to it. The vehicles covered in glue and glitter will be standing unused, the organisers will be hiding their faces from the angry confused crowd, and us British, in our typical fashion, will be tutting and shaking our heads at the whole disaster. In the rain.

Wanted to be a writer since my Mam started making up stories for me to calm my temper as a child. Live in civilisation with my cat Crayon but originally from a small hut in Wales surrounded by sheep and Farmer

Effi has written 1 article for us.