Sometimes you have to step outside to remember who you are and who you want to be. And sometimes, you have to retreat to the epicentre of yourself, surrounded by whatever environment you can create.

Queer life is often contextualized in terms of public spaces: fighting for our right to them, coming together in them, mourning or shouting or celebrating in them. But private spaces reveal queer life, too: The things that might be important or might be deeply unimportant. Quiet domestic moments, alone or not. The everyday. 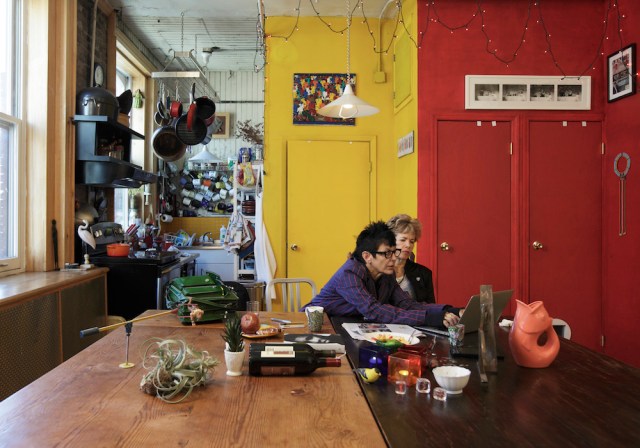 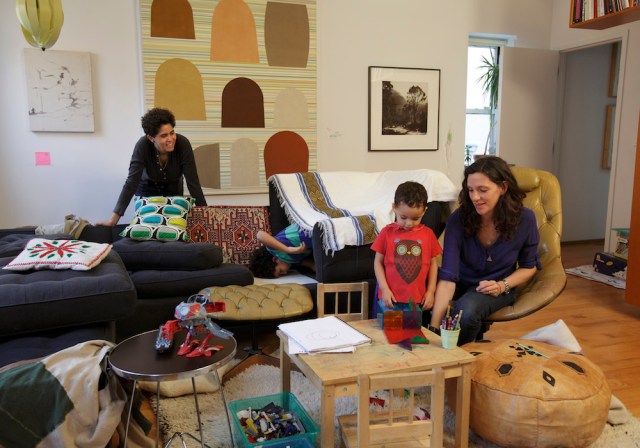 The series includes a mix of 160 high-and low-profile subjects photographed over 15 years, and focuses on showcasing people across the United States in a range of professions, including writers, activists, actors, musicians, bee keepers, nuns and a paleontologist, to the detriment of any other kind of representation. The subjects are overwhelmingly male, white, cis, able-bodied and well-off. 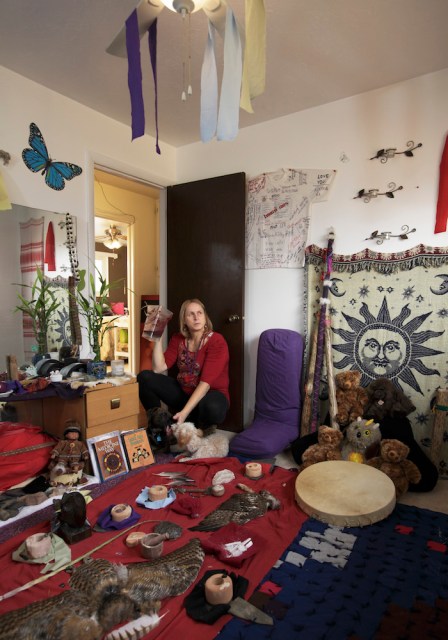 In the artist’s statement, Atwood notes: “Many LGBTQ series depict scantily-clothed young subjects romping through the forest or lounging on the beach. There was a need for a series highlighting our manifold personalities and backgrounds.” There still is. (Though Autostraddle’s Queer IRL photo galleries nod to the same impulse – voyeurism coupled with curiosity at how other queers live their lives, more diversely executed.) But what Kings & Queens In Their Castles does achieve, however imperfectly, is a cracked-window view into quiet moments of queer domesticity. 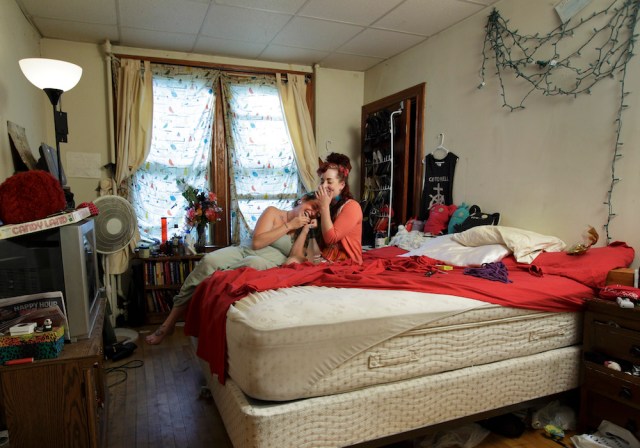 In the artist’s statement, Atwood notes:

“The LGBTQ person’s home is an extension of him/herself. And for a community sometimes obsessed with image and beauty, our living spaces can also be the ultimate in self-expression. With a flair for design, many of these subjects have crafted playful, often outlandish homes that tell stories about their inhabitants. […]

To fully create 360-degree portraits, I photograph people in daily activity — modern day tableaux vivants. I seek out whimsical, intimate moments of everyday life that shift between the pictorial and the theatrical. While the images often have an element of voyeurism, my subjects occasionally look at the camera.” 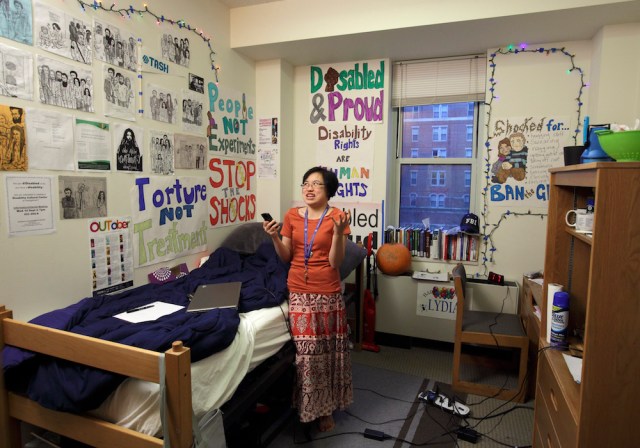 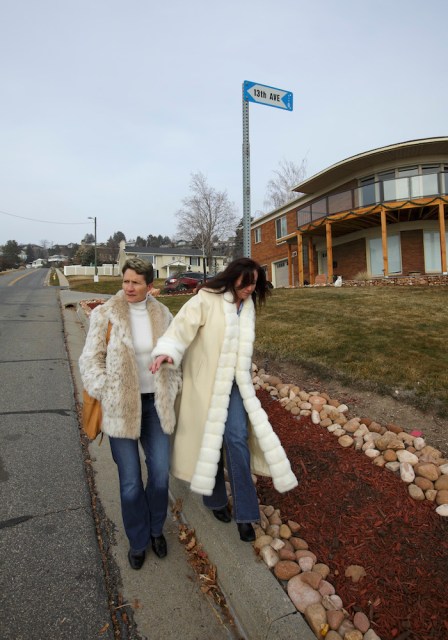 On a dyke commune or in the middle of New York, consciously or unconsciously, we surround ourselves with objects in order to live. The choices we make as we build our environments can reveal our values, our priorities, and where we direct our intentions or don’t. Which means that, though literal nudity is sparse, almost all of the subjects seem at least a little bit naked. 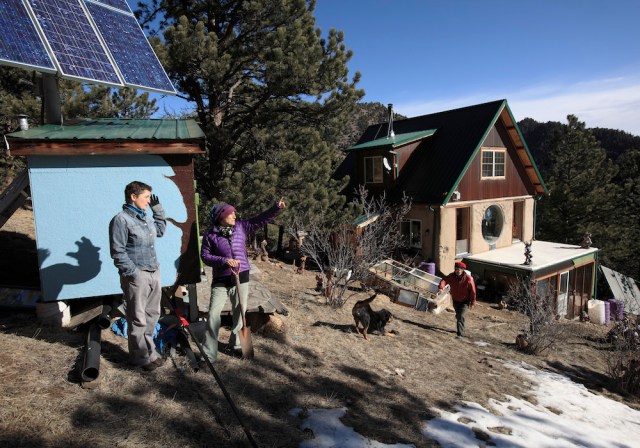 That same feeling of being the voyeur prevails in every photograph. The scenes do not feel censored. Even where subjects acknowledge the camera, it feels less like the fourth wall breaking and more like a bit of a wink. Contextualized only by name, profession and geography, the photos are left to stand almost alone to ping revelations about the people within them. 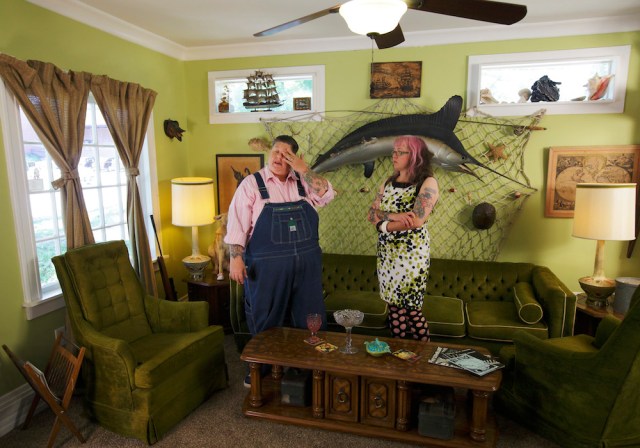 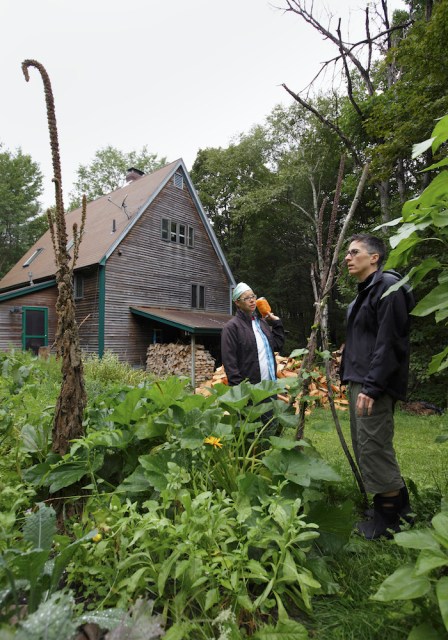